EXPRESS INFORMER > Travel > Microplastics are raining from the sky onto the Rocky Mountains, new study finds

Microplastics are raining from the sky onto the Rocky Mountains, new study finds

The apparent breadth of plastic pollution continues to widen in a new study that says rain laden with microplastics is pelting the Rocky Mountains and spreading ecological fallout.

According to the research, samples of rainwater collected from the Rocky Mountains in Colorado show myriad types of plastic particles, including beads and other shards, in another stark reminder of how easily the small particles can spread.

‘I think the most important result that we can share with the American public is that there’s more plastic out there than meets the eye,’ Greg Wetherbee US Geological Survey researcher told The Guardian.

Wetherbee, who collected the samples while studying nitrogen pollution, came upon the discovery by accident and highlights the phenomenon in a study called ‘It is Raining Plastic.’

While the particles are impossible to actually trace, a new wave of research suggest that small plastic particles can be transported hundreds, if not thousands, of miles through the air.

Some of those particles even enter the water and rain down to Earth, which may contribute to the minuscule plastics found even in remote areas, notes an microplastic researcher interview by The Guardian.

As noted by Channel 7 in Denver, the particles found by Wetherbee were pulled from a located 10,000 feet above sea level.

Wetherbee says the particles come from myriad sources, including plastic waste and even fibers from clothing, and said that more research is needed to discern exactly what effect the particles have on affected environment. 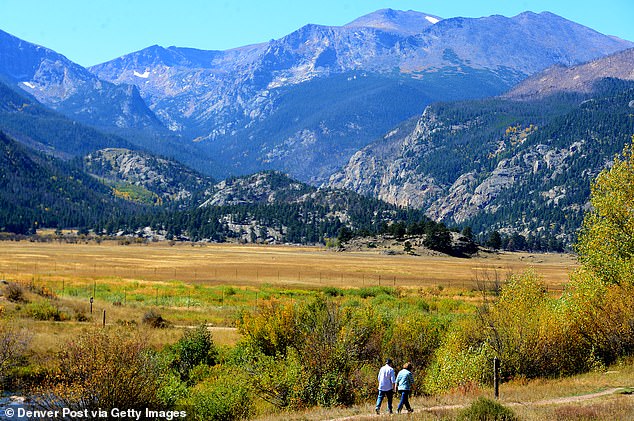 This is the first documented case of plastics raining onto the Rocky Mountains and is a phenomenon recently documented in other remote regions.

The tiny pieces of polymer, some of the, less than 5mm in size, were found being deposited in a remote area on the border between France and Spain previously considered ‘pristine’.

Wetherbee says in order to adequately assess the the threat of plastics that are showering formerly untouched natural landscapes, researchers need a new methodology.

‘The mass of plastic in even the most concentrated samples was not large enough to weigh or reliably estimate,’ write the scientists.

‘Developing a routine capability to calculate plastic wet-deposition loads is not possible with current technology. Methods for more accurate estimation of plastic loads are needed.’