Michelle Williams, 42, admits she still takes acting classes even though she has been Oscar nominated an impressive four times: ‘It’s all technical’

By Sharon Mai For Dailymail.Com

The actress has had an impressive career spanning 30 years with credits in films, such as Manchester by the Sea and My Week with Marilyn, but she continues to hone her craft.

When she spoke as a panelist at the MoMA Contenders series, Williams revealed she still has more to learn. 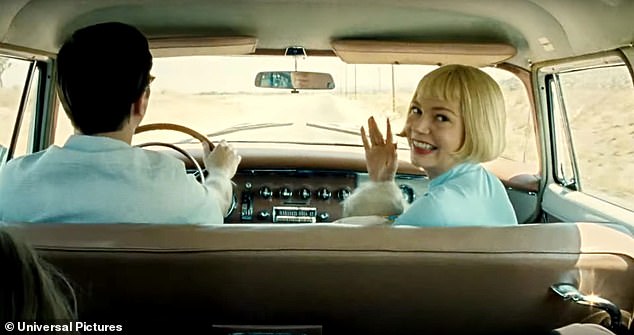 Her new film: She stars in The Fabelmans from director Steven Spielberg

‘I take acting classes,’ the actress said candidly, according to IndieWire. ‘It’s not like slating my name. It’s all technical. It’s about your body and intentions and super objections.’

She said the acting classes help her mental health: ‘Sometimes I think it’s really just a way to calm yourself and feel like when you do show up, you deserve to be there in some way.’

The Dawson’s Creek actress discussed technicality in the art of acting: ‘I think there is a technical aspect that you build, and then it stops because the second you start filming and committing things, you can’t keep building.’ 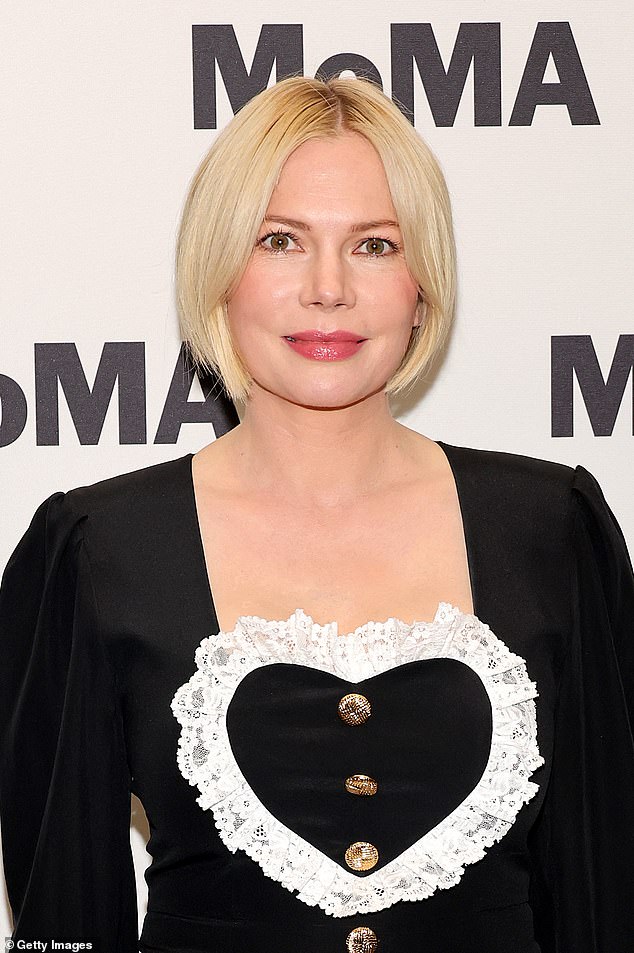 Radiant and glowing: The decorated actress looked stunning at the MoMA screening of The Fabelmans — her performance in the biopic is rumored to be nominated for an Academy Award in the Best Actress category

‘Then you have to be in a different state of mind,’ she continued. ‘You build as much as you can and then that goes into another.’

The actress — who recently gave birth to her third child, her second with husband Thomas Kail, in October — said she is inspired by The Sound of Music actress Julie Andrews.

‘Julie Andrews is almost too good to be true. The great thing about having children is you are still watching those movies,’ Williams added.

‘I just always return to Julie Andrews. That incandescence is almost too good to be true. But she was real. I’ve got to give a shoutout to my 17-year-old who has a framed photo of Julie Andrews in her bedroom.’ 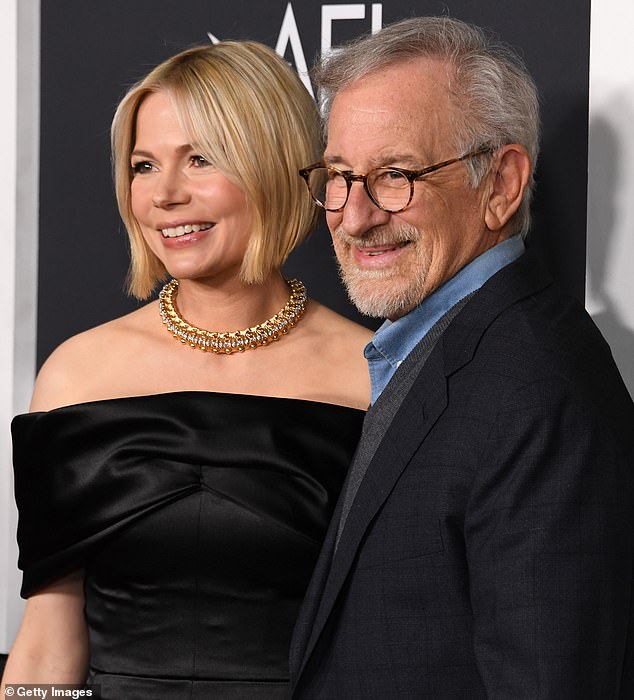 Dream team: The award-winning actress posed with the director behind The Fabelmans — Steven Spielberg — at the Closing Night Premiere in Hollywood

The 17-year-old she mentioned is her daughter Matilda, whom she had with the late Heath Ledger. Williams also has a son —  Hart, two — with director Thomas Kail, 44.

Reportedly, the actress met the Hamilton director while they were working on the set of Fosse/Verdon that was filmed in 2018. At the time, they were still married to their respective partners.

After their respective divorces, they were seen shopping for baby clothes at a maternity store in London at the end of 2019. 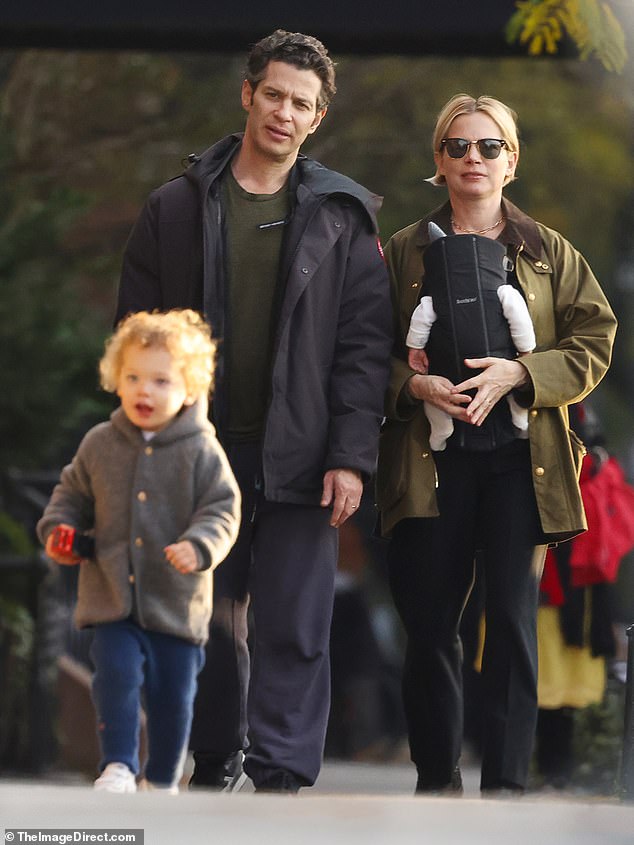 Family outing: The actress was spotted a couple weeks ago taking a walk with her husband and their two children after she gave birth to their second child in October

On that same day, People confirmed they were a couple as well as engaged and expecting their first child together. Williams’ daughter Matilda reportedly ‘played matchmaker’ for the couple.

In 2020, Thomas Kail was spotted wearing a wedding band, sparking rumors that the couple had secretly tied the knot.

Recently, the mother-of-three has been preparing for the upcoming 2023 Academy Awards.

Although nominations won’t be announced for a few more months, Variety predicts Williams will be in the running in the Best Actress category for her performance as Mitzi Fabelman in Steven Spielberg’s The Fabelmans — which premiered at the 47th Toronto International Film Festival on September 10.

The Fabelmans released its theatrical premiere in the United States on Friday.