Dominic Calvert-Lewin hasn’t been getting any favours from Everton team-mates in training as he prepares for a long-awaited return against Brighton.

Calvert-Lewin has been out since August with separate toe and quad injuries and returns with Rafa Benitez’s side in the bottom six after a run of one win in 12 games.

There is a lot of expectation surrounding the comeback of the 24-year-old England forward and Michael Keane acknowledges he’s been getting a proper run-out at the team’s Finch Farm HQ.

‘He’s training every day with the whole squad, doing what we are doing,’ revealed Keane.

‘He’s raring to go. Sometimes the first couple of days back you’re more careful marking him but he’s been with us over a week now so he’s alright, back to normal.

‘Dom can definitely make a difference but I think everyone has to be patient. He’s been out four months, it is unlikely he will hit the ground running and score every game. It will take a while to get match fitness.

‘He’s a focal point for us, and a poacher as well. We have really missed him. It will be good if he can score Sunday and get on a good run straight away but it could easily take time. There is no pressure on Dom.’ 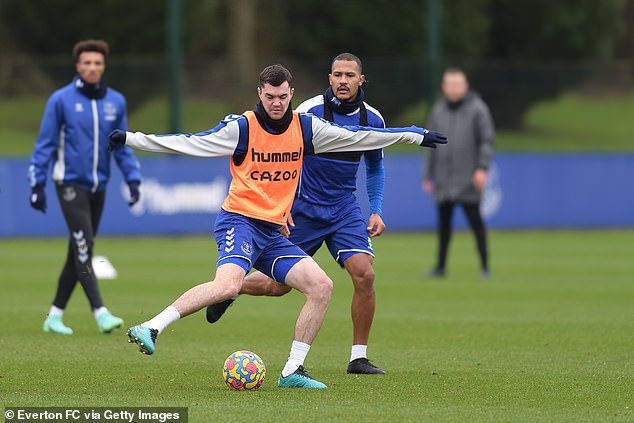 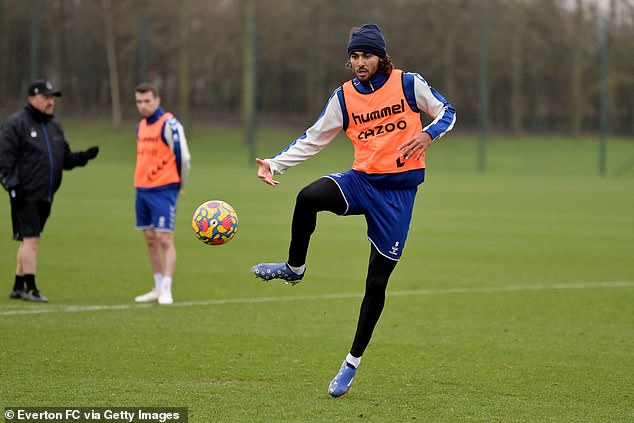 Calvert-Lewin is regarded as one of the Premier League’s sharpest dressers – even going into training – which Keane laughs is a contrast with his own preference to travel in a tracksuit.

Starting 2022 at Goodison gives them an early chance to banish the home blues of last year, when they started with a 1-0 defeat against West Ham on January 1 – the first of 11 defeats in front of their own supporters.

‘It’s up to us to make sure teams don’t like coming here so in that respect, it’s a massive game against Brighton.

‘Hopefully we can give the fans a win and kick on in the new year.

‘Not having fans in the first half of last year had an impact because the atmosphere at Goodison can be incredible. When crowds came back and we got some bad results it was so frustrating. 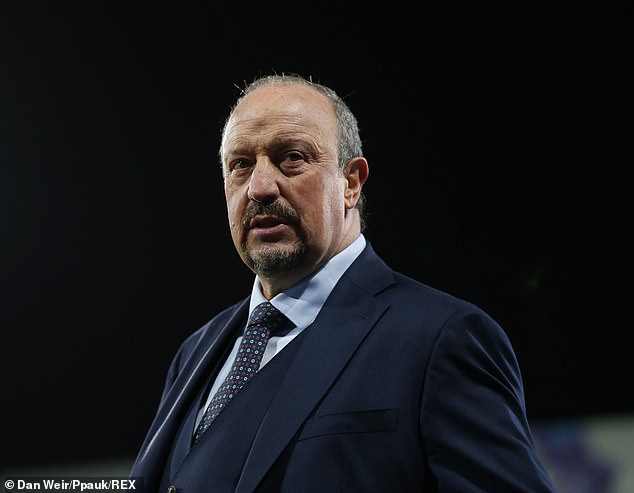 ‘This is a clean slate and if we can send the fans home happy then we kick on from there.

‘Against Arsenal when we came back to win, having the crowd behind us made a huge difference. We kept fighting at 1-0 down because we knew we were playing well and creating chances. We thought one goal could change the game and put Arsenal in their shell and that’s how it turned out.’

Since then, the Everton roller-coaster has seen them beaten at Crystal Palace with fans calling for Benitez’s head followed by a creditable draw at Chelsea with a very young side.

Their last two games against Burnley and Newcastle were postponed because of a Covid outbreak.