By Megan Sheets For Dailymail.com and Wires

Nineteen people were killed and 70 injured when an overpass carrying Mexico City metro train cars collapsed onto a roadway.

The accident unfolded at about 10.30pm Monday on the metro’s Line 12 on the southeast side of the city.

Local channel Milenio TV posted video showing the overpass collapsing on top of cars on a road five meters below.

The accident left a preliminary toll of 13 dead and 70 injured, according to the city’s Comprehensive Risk Management and Civil Protection Agency. The death toll has since risen to 19, according to Foro TV, with 34 people hospitalized.

Mexico City Mayor Claudia Sheinbaum traveled to the scene of the accident and said on Twitter that ‘firefighters, public safety personnel are working. Various hospitals attending. We will give more information shortly.’

Sheinbaum said that a broken beam caused the accident on Line 12 and that people were trapped in one of the cars. ‘We don’t know if they’re alive,’ she said. 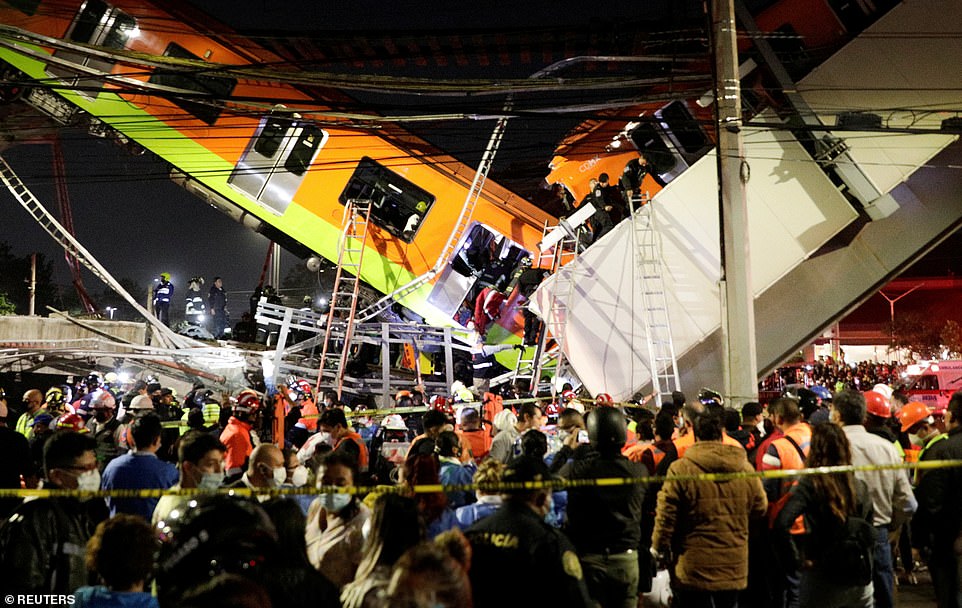 The accident unfolded at about 10.30pm Monday on the metro’s Line 12 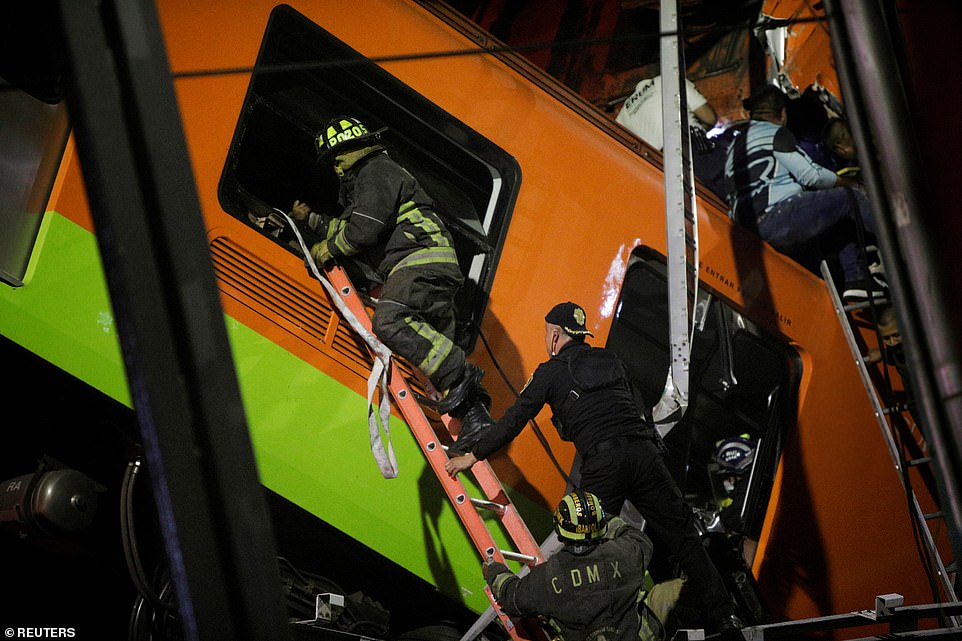 First responders are still searching through the wreckage for survivors

Other videos on television stations and social media showed emergency medical crews and firefighters combing through the wreckage looking for survivors.

Rescue efforts were briefly interrupted at midnight because the partially hanging train was ‘very weak’ and a crane had to be brought in.

Line 12 opened in 2012 and was built when foreign minister Marcelo Ebrard was mayor of Mexico City. Its construction was plagued by complaints and accusations of irregularities.

Ebrard responded to the accident on Twitter, writing: ‘What happened today with the Metro is a terrible tragedy. My solidarity with the victims and their families.

‘Of course, the causes must be investigated and responsibilities defined. I reiterate I am at the disposal of authorities to help in whatever is necessary.’

The Mexico City Metro, one of the largest and busiest in the world, has had at least two serious accidents since its inauguration half a century ago.

In March of last year, a collision between two trains at the Tacubaya station left one passenger dead, injuring 41 people. In 2015, a train that did not stop on time crashed into another at the Oceania station, injuring 12 people. 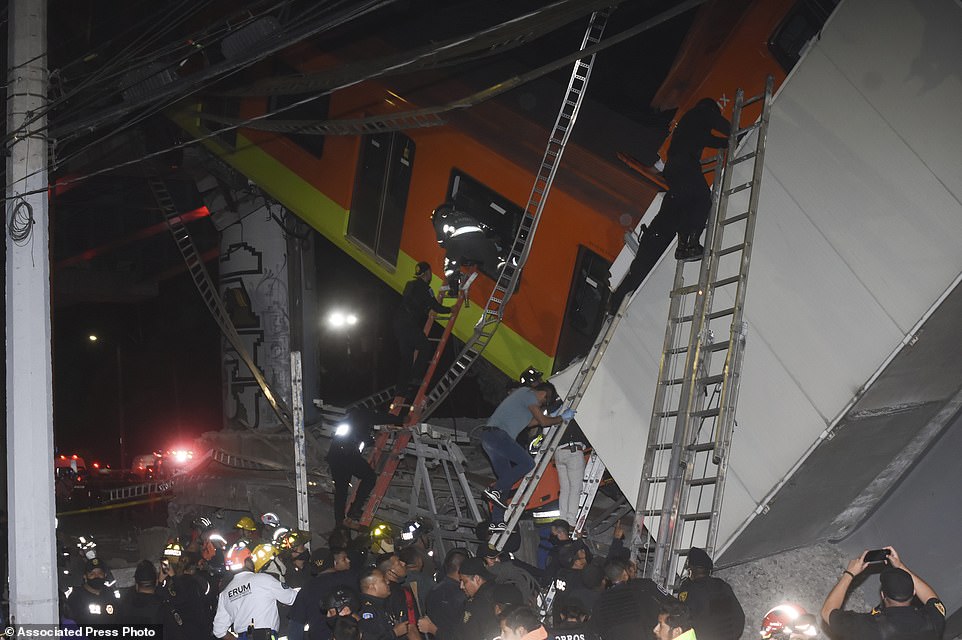 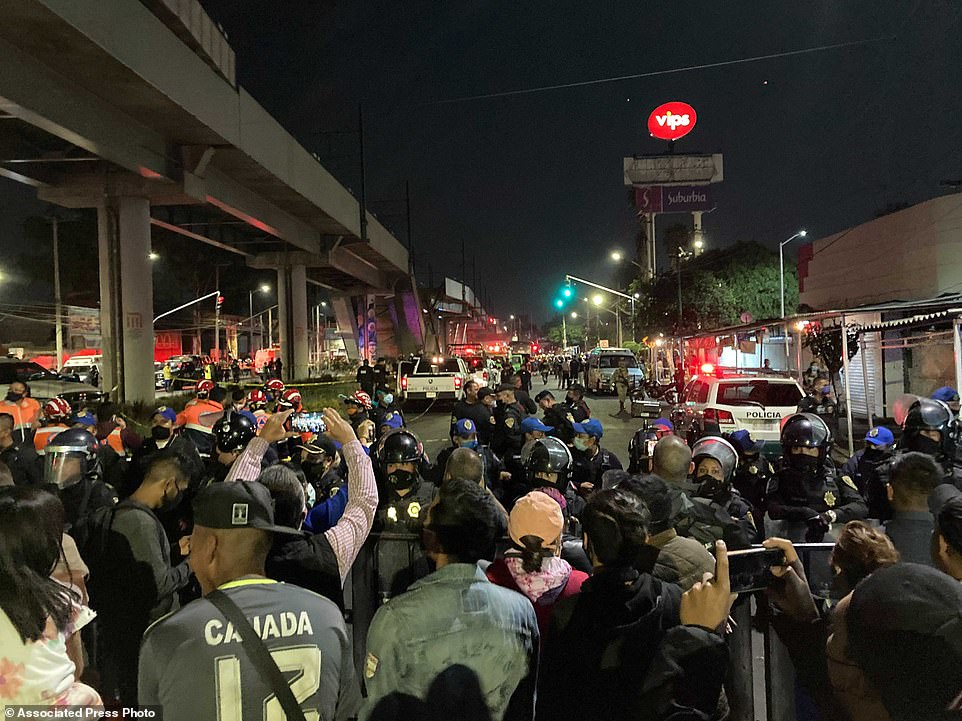