New Attorney General Suella Braverman, the daughter of immigrant parents who built a new life in Britain, has enjoyed a meteoric rise to the Cabinet at the age of just 39.

The former barrister has already threatened to ‘take back control’ from interfering judges in politics amid Boris Johnson’s battle with the judiciary, and will no doubt strengthen pro-Brexit voices at the top table.

Her elevation to Cabinet level as the Prime minister’s most senior legal advisor is a surprise choice to replace Geoffrey Cox who was axed in the reshuffle.

The 39-year-old MP for Fareham was born and raised in north-west London by parents who came to the UK from from Kenya and Mauritius in the 1960s with little money in their pockets.

Her mother was as a nurse with the NHS for more than 45 years after being recruited at just 18, while her father worked for a housing association.

Speaking of her modest upbringing on her website, the former Attorney in New York says her parents were ‘proud to serve their local community’ of Wembley, which no doubt sparked her interest in politics.

‘No problem was too small. Whether it was trying to save the local library, or keep the local playing fields open or help a resident get a better home,’ she wrote.

The aspiring lawyer was state educated in Brent before she won a scholarship to an independent girls’ school in the nearby borough of Harrow.

From there, she gained a place to study law at the Queens’ College, Cambridge University, where she was president of the university Conservative Association, before gaining a master’s at the Sarbonne in Paris.

Braverman sat her Bar Exam in New York State qualifying as an attorney, and has seen her career sky rocket ever since. 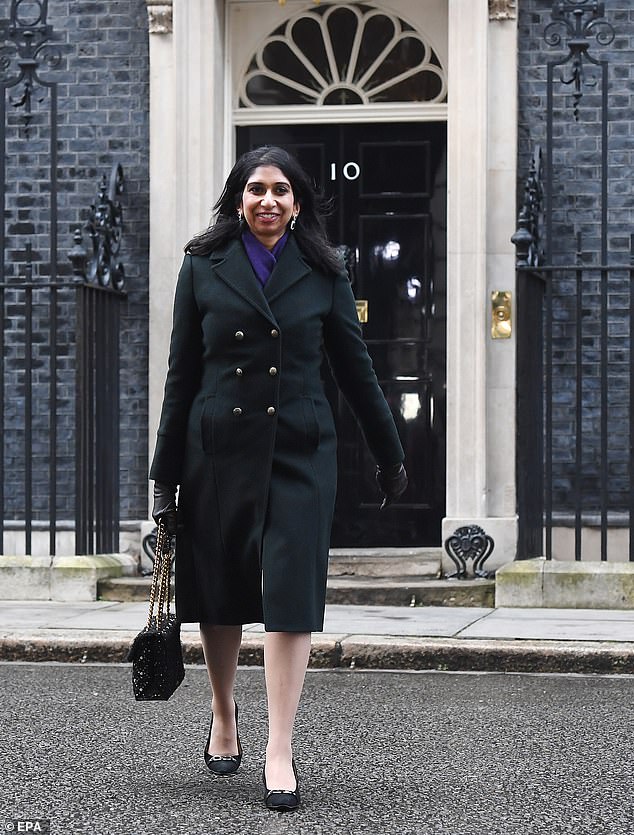 The Brexit minister, who is a former barrister, has threatened to ‘take back control’ from interfering judges in politics amid Boris Johnson’s battle with the judiciary

During her 10 years as a barrister, she was on the Attorney General’s Treasury Panel, and defended the Home Secretary in immigration cases and the Ministry of Defence in the Guantanamo Bay Inquiry.

Braverman, who lives in Tichfield Common with husband Rael and son George, worked as a barrister in London specialising in judicial review and immigration – before winning her constituency seat in 2015.

A staunch Brexiteer, she campaigned Leave in 2016 and was made chair of the European Research Group of pro-Leave Conservative MPs a year later.

But she relinquished that role when she was appointed a junior minister Department for Exiting the EU (DExEU) – but lasted just nine months. 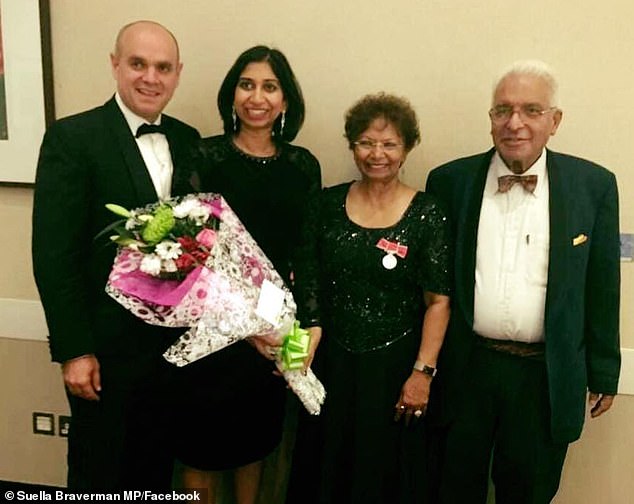 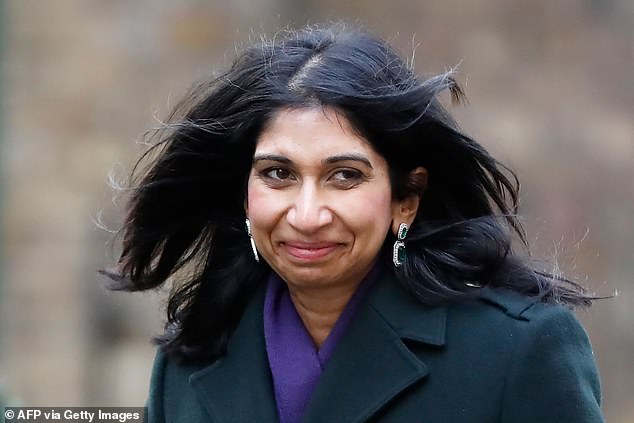 Suella, who lives in Tichfield Common with husband Rael and son George, worked as a barrister in London specialising in judicial review and immigration – before winning her constituency seat in 2015

On the day Theresa May’s proposed deal was published, she resigned in protest, saying Northern Ireland Backstop ‘robs the UK of the main competitive advantages from Brexit’.

The new Attorney General sparked controversy last year when she was accused of being ‘antisemitic’ over her over her declaration that: ‘As Conservatives, we are engaged in a battle against cultural Marxism.’

The Board of Deputies of British Jews asked her not to use the phrase again, but described her as ‘clearly a good friend of the Jewish community’.

Braverman today faced criticism on her appointment of Attorney General, with many deeming her ‘unfit’ for the role.

The Liberal Democrats party’s justice spokesperson Daisy Cooper said it is ‘the latest shocking step in Boris Johnson and Dominic Cummings’ assault on the rule of law’.

She wrote: ‘Genuine concern that as a hardline, no-deal Brexiteer with little experience [Braverman] will not undertake the important role of AG – which invariably means giving firm legal advice a Govt/PM doesn’t want to hear because it doesn’t suit them politically.’