Facebook founder Mark Zuckerberg is  no longer one of America’s top ten: Mogul sees over half his fortune vanish due to Meta’s cratering stock price

Meta CEO Mark Zuckerberg is not one of America’s ten wealthiest people for the first time since 2015, thanks to his company’s plummeting stock price over the last year.

The 38-year-old Facebook founder has lost more than half his fortune – amounting to $76.8 billion – since September of last year, which led him to drop from number three to number 11 on the Forbes 400 list of America’s wealthiest people.

Zuckerberg’s net worth stands at $57.7 billion as of today.

Meta CEO Mark Zuckerberg, 38, has lost more than half his fortune – amounting to $76.8 billion – since September of last year 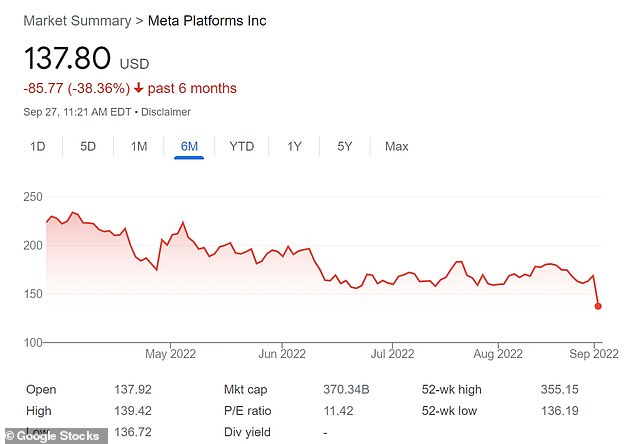 Meta, which has seen its stock price drop 38 percent in the last six months, has also faced increased government scrutiny on many fronts

In October 2021, Facebook officially became Meta as the tech mogul said at the time that his firm would massively invest in developing a portion of the metaverse – a digital realm accessed with augmented and virtual reality devices where people will one day work, shop and pursue leisure activities.

Meta’s Reality Labs division lost $10 billion last year, the company announced earlier this year during its earnings call. The company, which has seen its stock price drop 38 percent in the last six months, has also faced increased government scrutiny on many fronts.

On June 28, the Federal Trade Commission announced it was blocking Meta’s planned $400 million purchase of Within – which built a popular virtual reality fitness app called Supernatural – calling it an ‘illegal acquisition.’ 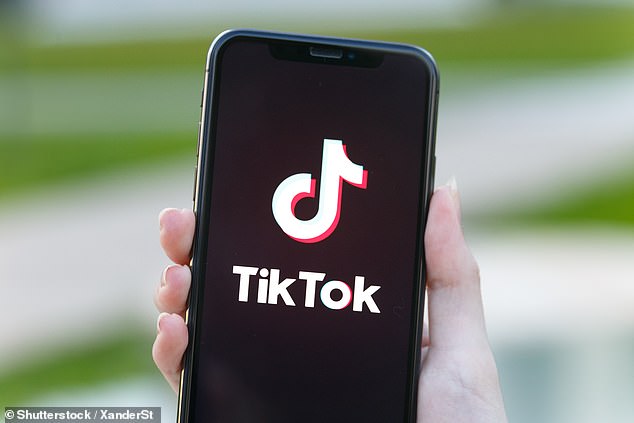 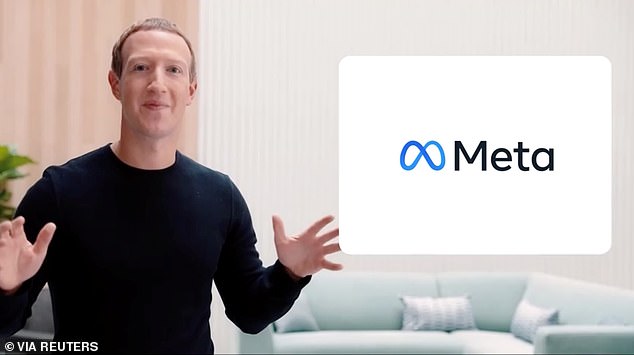 Meanwhile, Apple’s privacy policy update last year made it much harder for firms like Meta to track users across the internet and apps – cutting into ad sales. The company reported its first ever quarterly revenue drop in July.

Meta is also seeing less interest in Instagram and Facebook, as younger users in particular flock to TikTok and newer apps like BeReal in droves. The company reported its first ever quarterly loss of daily active users in February.

Instagram faced an intense backlash in late July from celebrities and regular users who accused the company of copying TikTok in an effort to pivot more towards video sharing with Reels rather than traditional photographs and posts.

The platform was forced to backtrack on some of its proposed changes amid user discontent and a petition that pleaded with executives to ‘Make Instagram Instagram Again.’

The Forbes 400 list is topped by Elon Musk, worth $251 billion, Amazon founder Jeff Bezos, worth $151 billion and Microsoft founder Bill Gates, worth $106 billion.

Musk, how is Tesla’s CEO and SpaceX’s founder, also cofounded the Boring Company and may end up owning Twitter, pending the outcome of litigation.

Alphabet co-founders Larry Page and Sergey Brin, who also saw their net worth drop, take the fourth and fifth spots. Ex-Microsoft CEO Steve Balmer sits at number eight with a worth of $83 billion.

Other than Musk, the only other person in the top ten to see their fortune increase is Michael Bloomberg.

Jim Walton, the youngest son of Walmart founder Sam Walton, rounds out the top ten with a worth of $57.9 billion.

While Meta is leading the charge with the metaverse, it explained that it isn’t a single product one company can build.