This is the moment two divers using a metal detector discovered a luxury watch worth thousands on the sea bed off a Greek island.

The British divers found a Breitling watch, which sell for thousands of pounds new, hidden underneath a rock near the the coast of Corfu on May 8.

The British divers found a luxury Breitling watch, which they estimated is worth thousands on the sea bed off the coast of Corfu on May 8 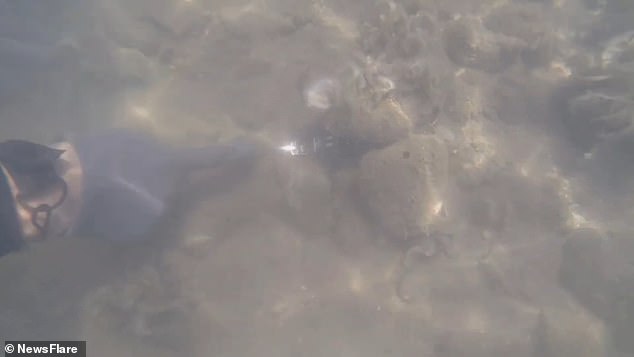 Mr Kershaw’s metal detector begins beeping in the shallows, so he stops to see if anything is hidden in the water.

He uses his hand to dig in to the sand but the visibility becomes poor as the sand begins to float up to the surface.

Mr Kershaw’s friend Simon then joins the hunt and they both submerge themselves below the surface to try and spot the buried treasure.

After searching for what triggered their metal detector, the two divers finally come across a shiny object lodged underneath a rock.

To their amazement, it is an expensive Breitling watch which still works despite having been buried under the sea. 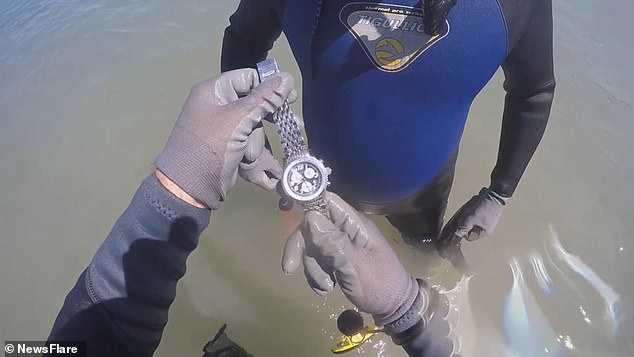 The pair of divers run a YouTube channel called GoAndGarrett, where they share their metal detecting hunts both on land and in the sea 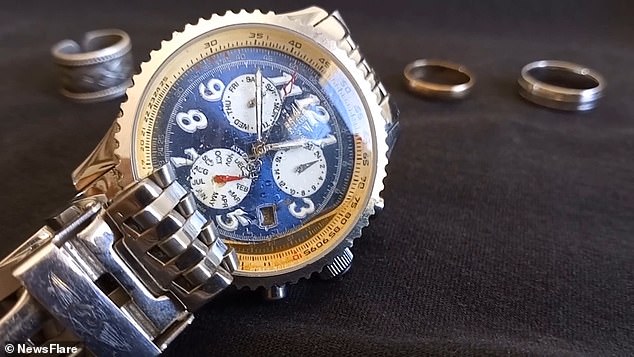 To their amazement, the expensive Breitling watch was still working despite having been buried under the sea (pictured after discovery) 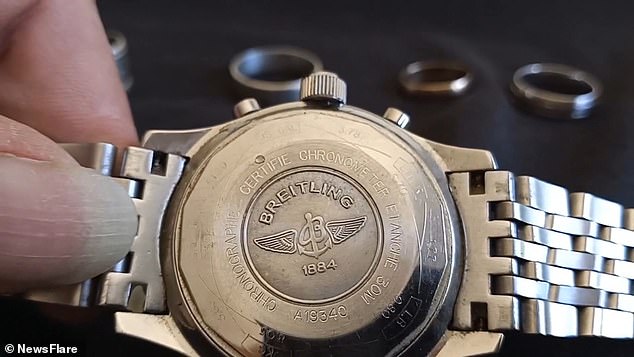 They bring the watch out of the water to examine it and wonder whether their lucky find is a genuine.

Mr Kershaw is thrilled with their discovery and grins at the camera as both the divers laugh at their luck.

‘Some poor sod… It’s ours isn’t it. It goes with my suit,’ he jokingly says as he puts the watch on over his wetsuit.

The two divers didn’t have to venture out far to find the watch, as it was hidden in the shallows and had luckily not been found by any swimmers.

Mr Kershaw says: ‘Well done, eyes-only find and this close to the shore!’

The pair of divers run a YouTube channel called GoAndGarrett, where they share their metal detecting hunts both on land and in the sea.