Fashion’s biggest night is finally back after being cancelled in 2020 due to the COVID-19 global pandemic.

And the stars made sure to bring in their fashion A-game as they descended upon The Metropolitan Museum of Modern Art in New York City on Monday, September 13 for this year’s Met Gala.

Billie Eilish, Yara Shahidi and Saweetie kicked off the glitz and the glamour as they glided down the red carpet in their show=stopping gowns.

The Met Gala is finally back after being cancelled in 2020 amid the pandemic. This year it was pushed to September from its traditional slot on the first Sunday in May.

The theme is In America: A Lexicon of Fashion and the event features a heavy-hitting contingent of celebrity co-chairs: actor Timothée Chalamet, musician Billie Eilish, poet Amanda Gorman and tennis star Naomi Osaka.

At just 19, Billie will make history as the youngest ever co-chair of the prestigious event.

When the hosts were first announced, Vogue magazine said: ‘Each of the Met’s four co-hosts embodies the defining factor of American style: individualism. 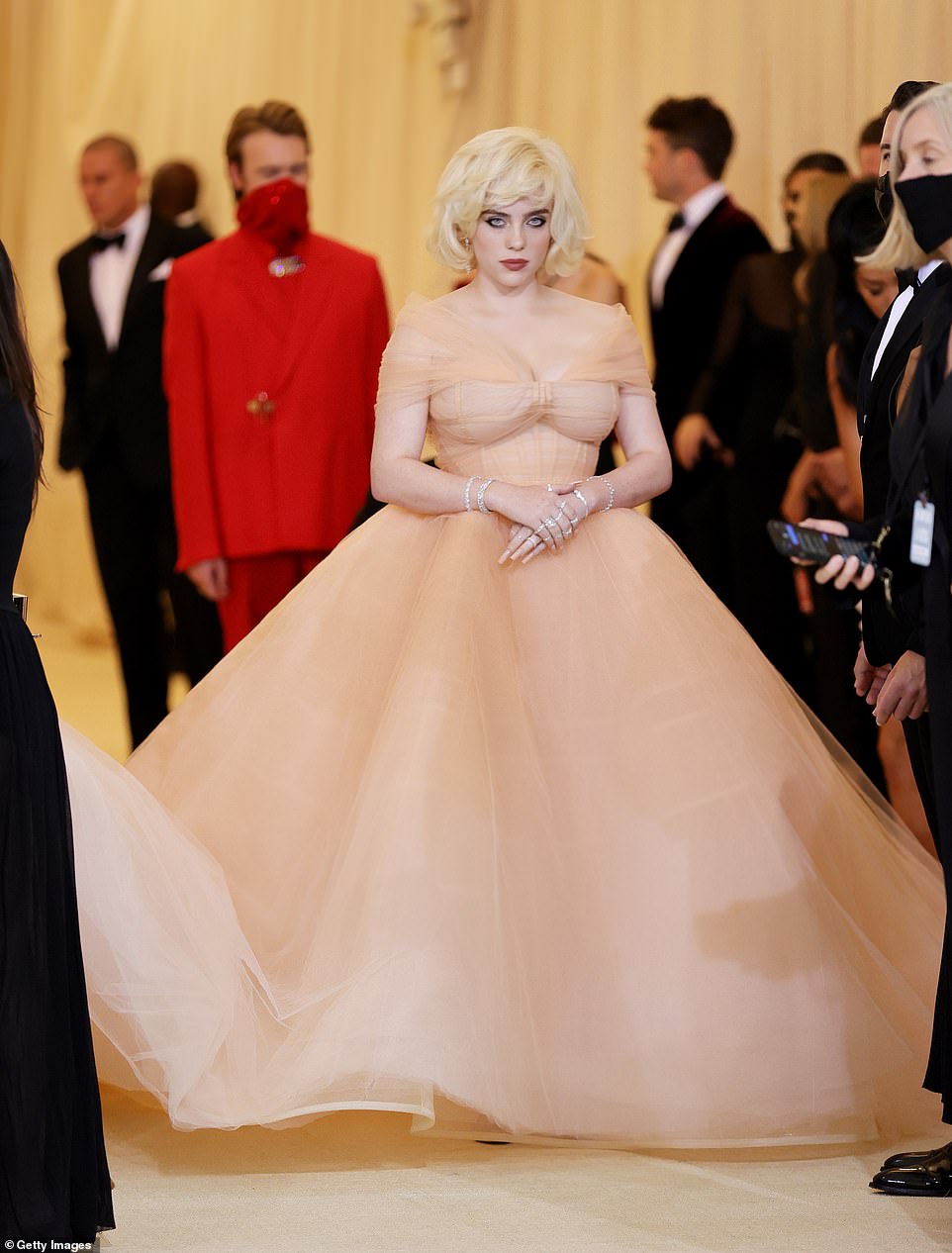 A moment: The Happier Than Ever artist stunned in the lace number, which had a ball skirt and long train 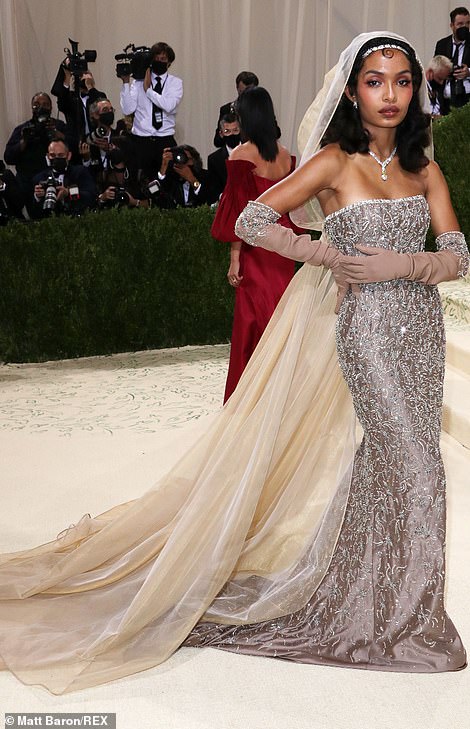 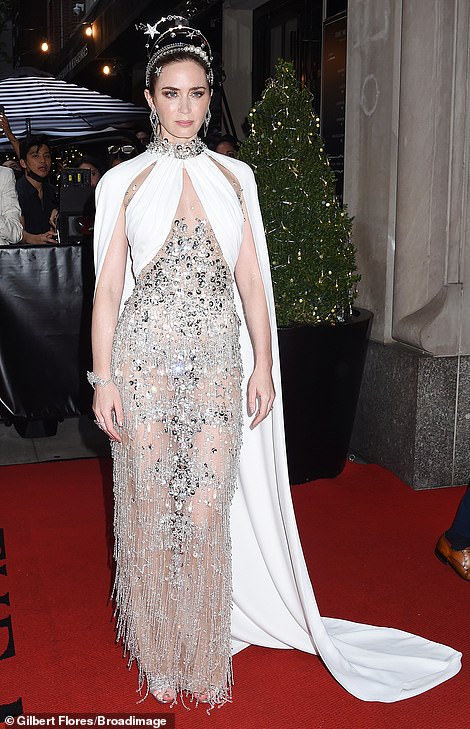 Royal arrival: Yara Shahidi (L), who is half Persian, looked like a goddess as she arrived in a taupe embroidered custom Dior gown with matching sleeves, complete with a veil; Emily Blunt (R) chose a sheer silver and white Grecian inspired gown with an intricate head piece

‘[They have each] developed a distinct visual language for their public personas, one that is informed by the legacy of iconic fashion made in the USA.’

The must-have accessory for all at this year’s gala is a Covid-19 vaccine.

‘Currently, all attendees at The Met Gala on September 13 must provide proof of full vaccination and will also be expected to wear masks indoors except when eating or drinking,’ a spokesperson for The Met said last month.

This year’s gala will be a more intimate affair, to be followed by a larger one on May 2, 2022. Both will launch a two-part exhibition, a survey of American fashion to be on view for almost a year.

A goddess: Keke Palmer exuded glamor in a glittery black dress that featured a low back, revealing her sculpted frame, as she kicked off this year’s Met Gala

In America: A Lexicon of Fashion, opening Sept. 18, will celebrate the 75th anniversary of the museum´s Costume Institute and ‘explore a modern vocabulary of American fashion,’ the spokesperson added.

Part two, In America: An Anthology of Fashion, will open in the museum’s popular American Wing period rooms on May 5, 2022, and will explore American fashion, with collaborations with film directors, by ‘presenting narratives that relate to the complex and layered histories of those spaces.’ Both parts will close on Sept. 5, 2022.

Queen & Slim filmmaker Melina Matsoukas has been commissioned to create an open-ended film to project in the galleries, with content changing during the course of the exhibition. 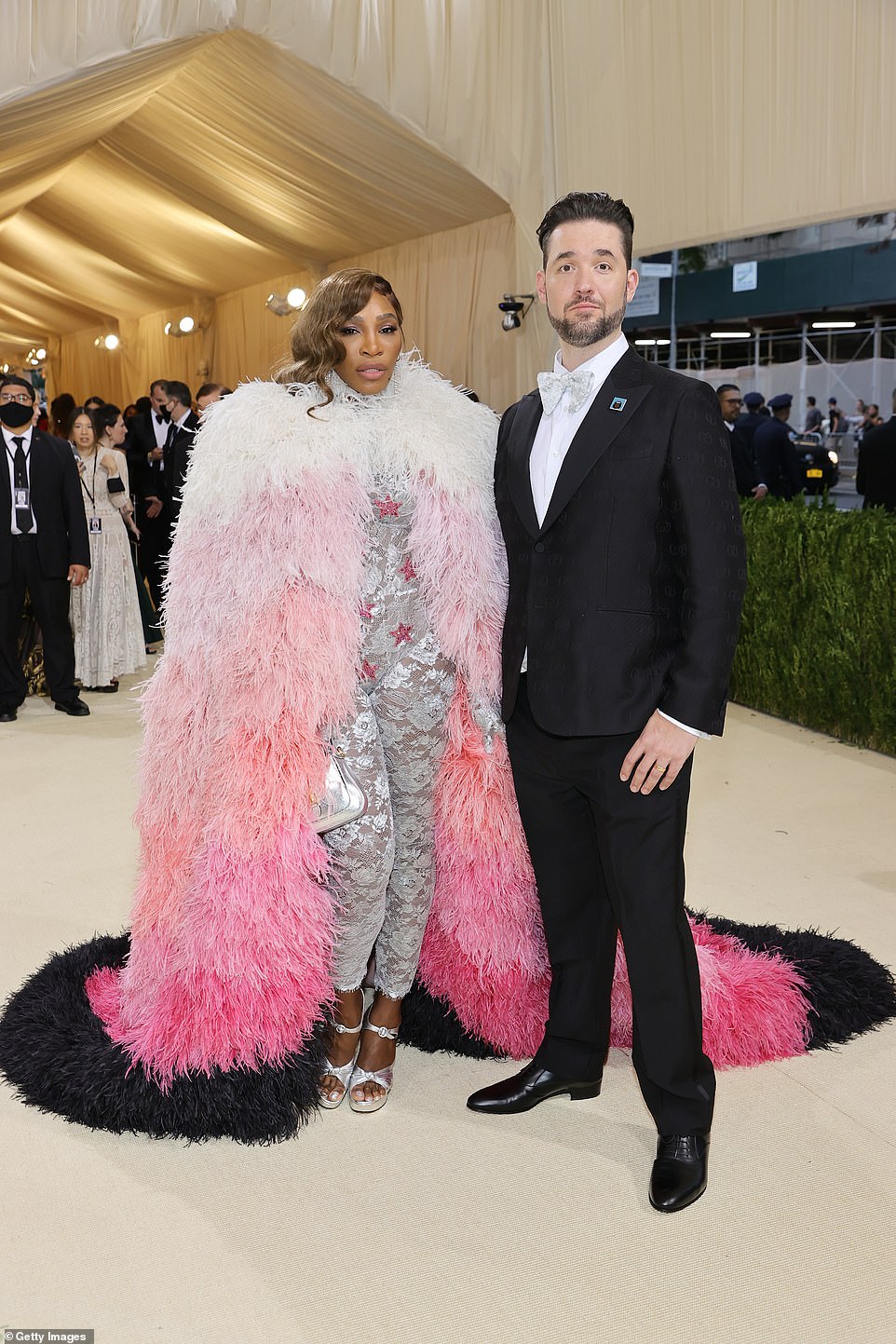 Fashion date night: Serena Williams donned a feathered black, pink and white jacket with a silver lace jumpsuit for the Met Gala; she arrived with her husband Alexis Ohanian 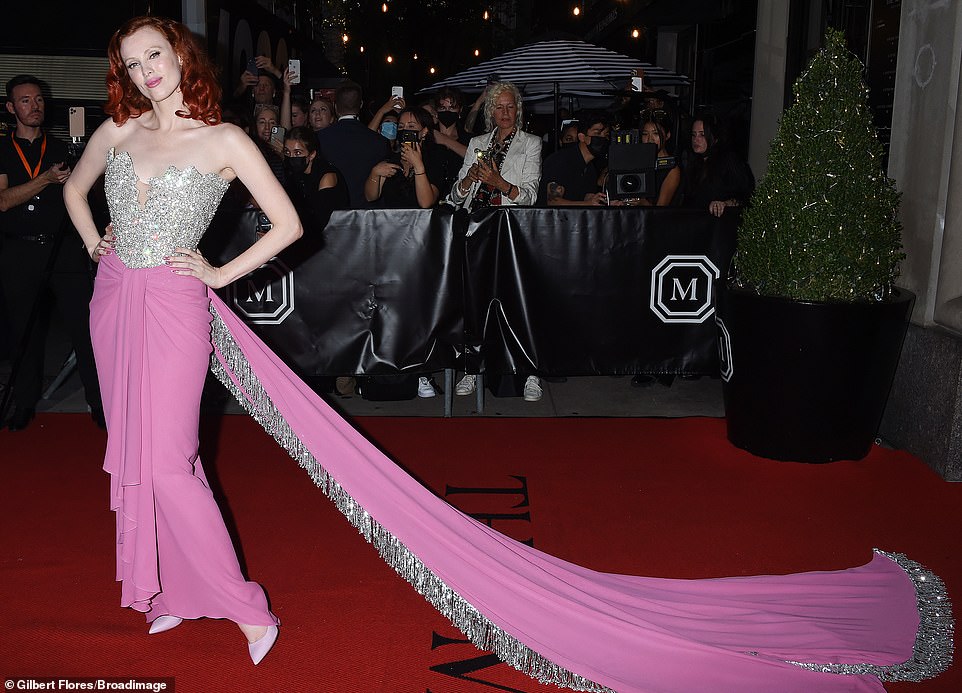 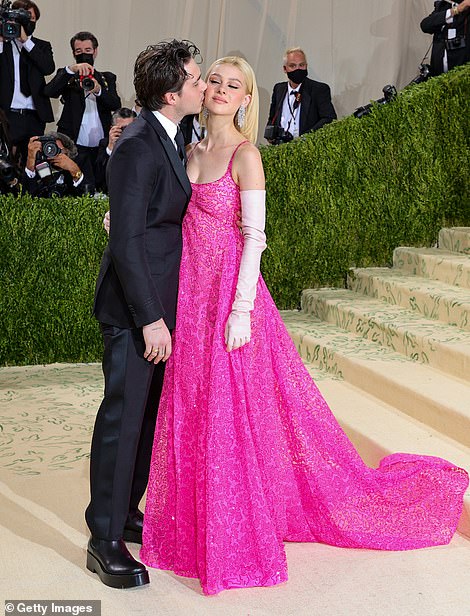 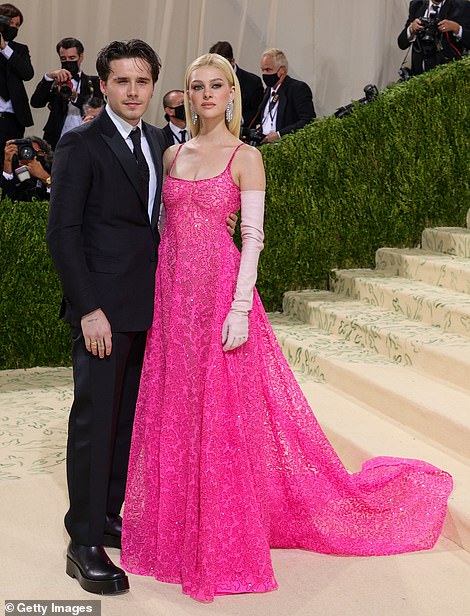 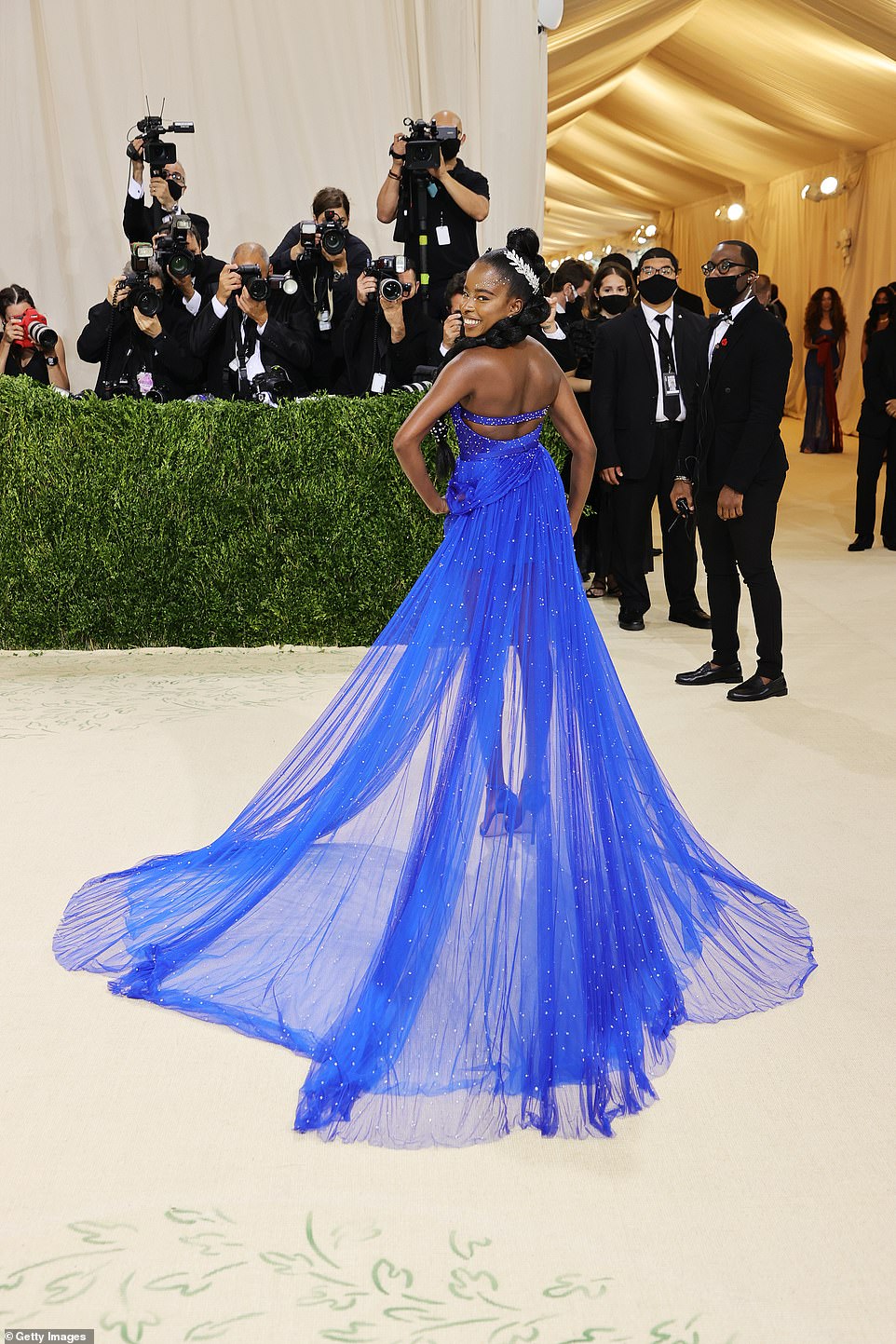 The gala is a major fundraiser, providing the Costume Institute with its primary source of funding.

As always, the exhibits will be the work of star curator Andrew Bolton. Bolton has previously noted how challenging the past year had been for the fashion community.

‘It’s been incredibly inspiring to see how designers have responded to the ongoing challenges of the pandemic, how they’ve found new outlets to express their creativity and new ways to present their collections,’ he said.

Bolton added that many designers had been at the vanguard of the discussion about diversity and inclusion: ‘The social justice movements of last summer reinforced their commitment to these issues and also consolidated their leadership in advancing the conversation.’

In addition to Matsoukas, other confirmed collaborators from the film world include cinematographer Bradford Young, whose projects have included ‘Selma’ and ‘When They See Us;’ production designers Nathan Crowley and Shane Valentino; and Franklin Leonard, film executive and founder of The Black List, a listing of top unproduced screenplays. 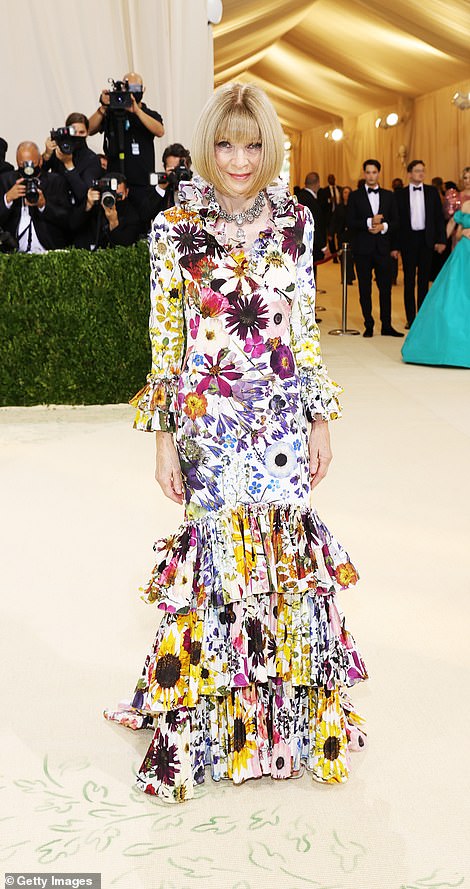 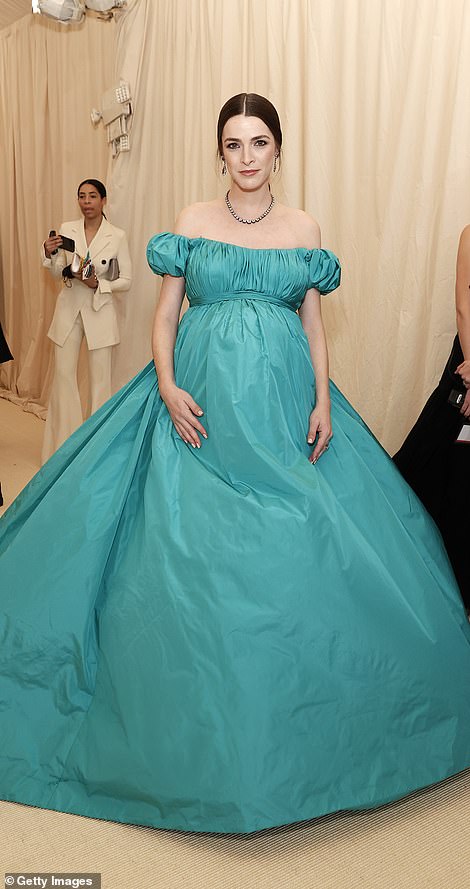 Here she is! Anna Wintour, US Vogue’s Editor-In-Chief and Met Gala chairwoman arrived in a patterned floral number with a mermaid style hem; Anna’s pregnant daughter Bee Shaffer donned a teal gown with her baby bump on display 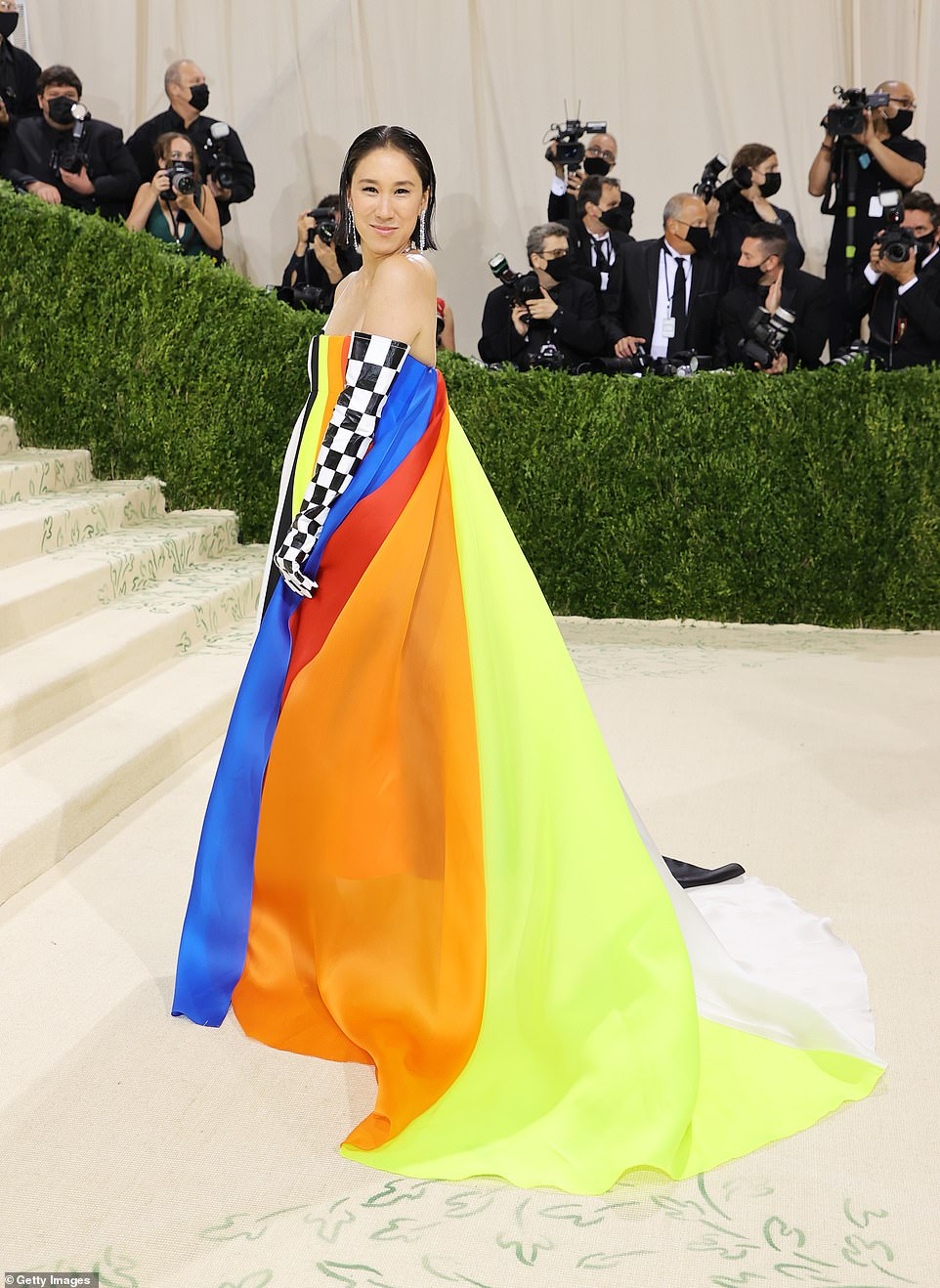 Handsome: Timothee Chalamet cut a dapper figure in a white jacket but paired it with sweats-style bottoms and Converse sneakers 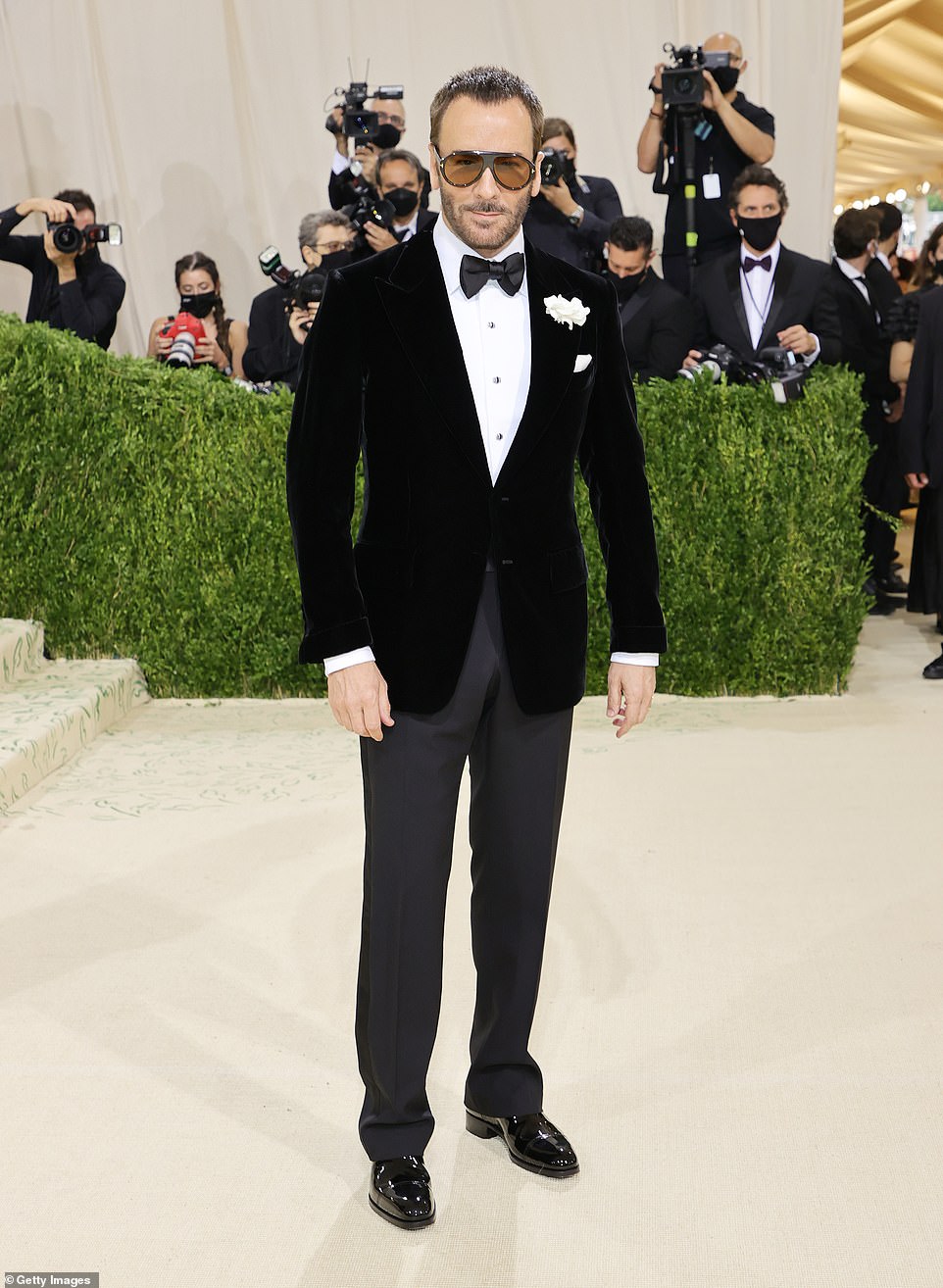 Sharp: Fashion designer Tom Ford, who is an honorary chair for this year’s Gala, looked good in his tailored suit with a velvet jacket, adding sunglasses

Unique: Actor Dan Levy donned a look that featured maps of the United States, which was on point for this year’s theme 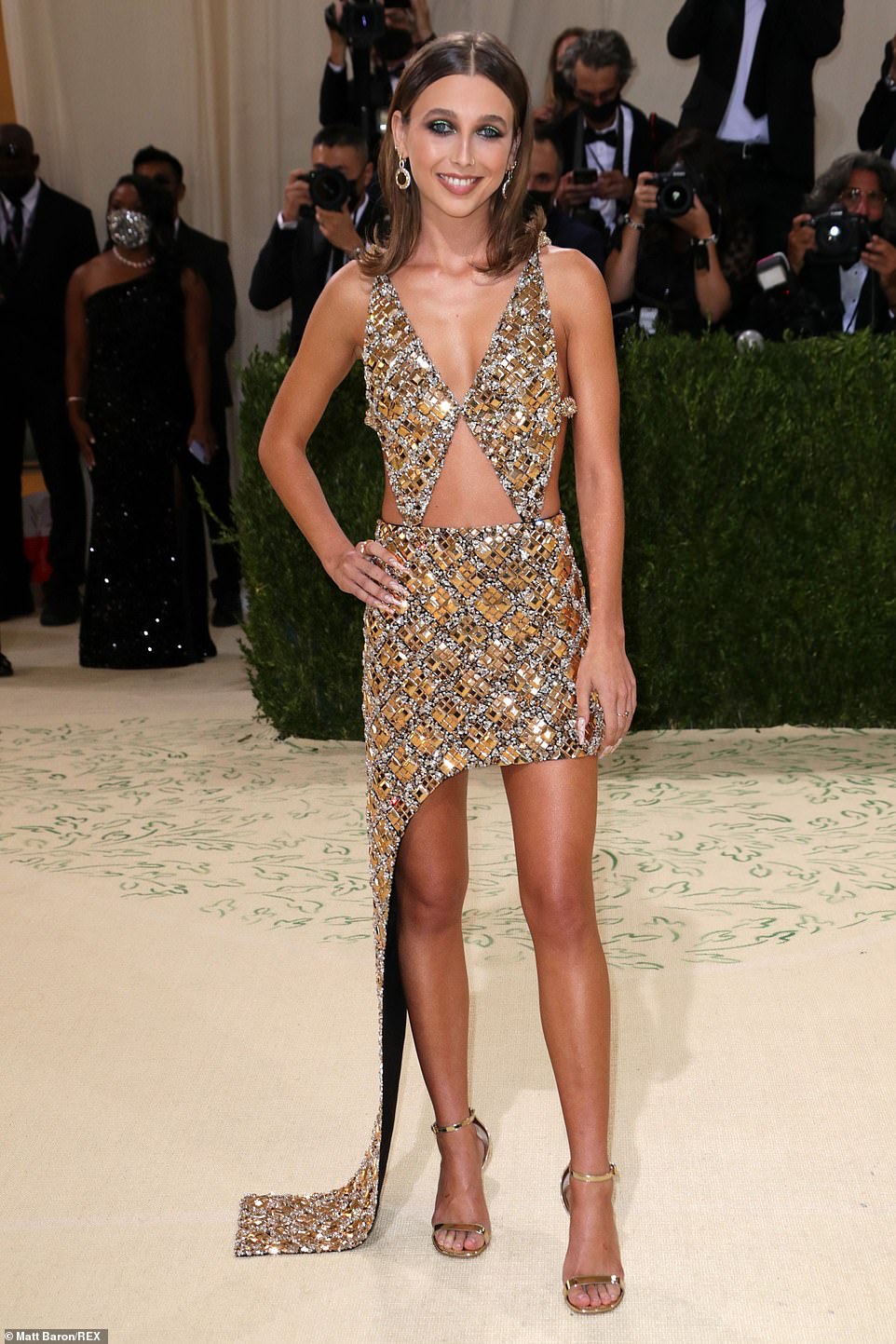 Millennials: YouTuber Emma Chamberlain also got an invite to the event, arriving in a cut-out gold and silver frock 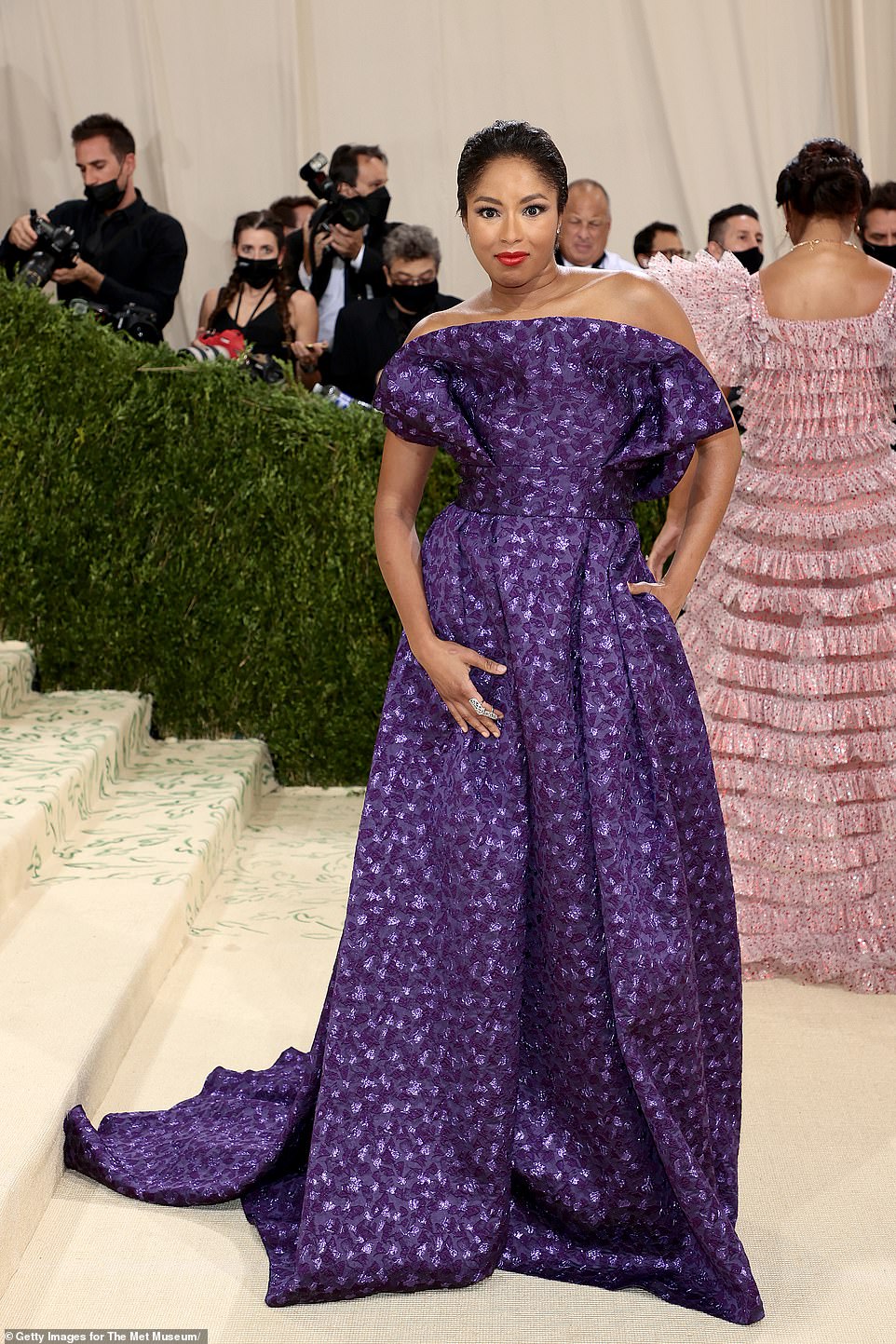 Incredible: DailyMailTV’s Alicia Quarles looked stunning in a purple Pamela Rowland gown with shoes by Dior for the biggest night in fashion