Charities have warned two thirds of young people are experiencing a decline in mental health with figures worsening ‘across the spectrum,’ as calls to a suicide helpline rose by almost a third during the most recent lockdown.

A survey of 16,000 locked-down Brits by Mind discovered half of adults felt their wellbeing had worsened during 2020, with many experiencing mental health problems for the first time.

Samaritans had had more than a million conversations with Brits since lockdown began in March, while Papyrus, a suicide helpline for under 35s, recorded a spike in conversations when stricter measures returned in November.

As 2020 draws to a close, charities have explained the impact of the last 12 months, while also offering advice on supporting one another in the New Year. 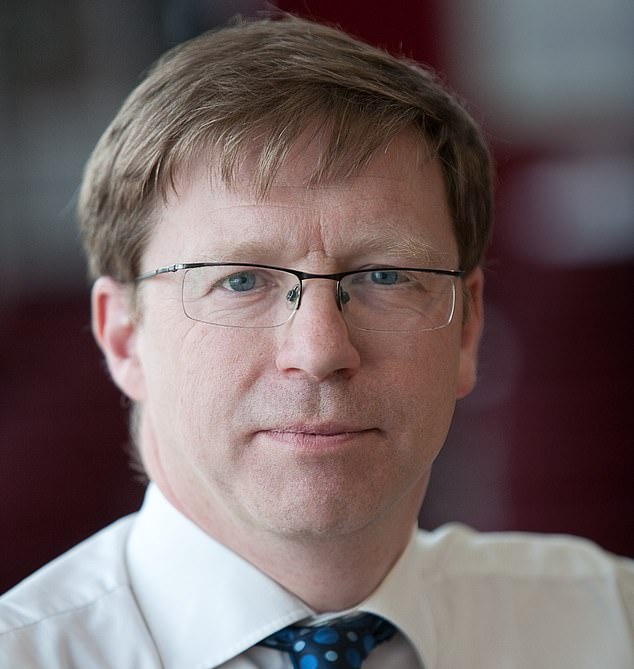 Mind’s CEO Paul Farmer has stressed the importance of greater support over winter, amid fears people will ‘fall through the gaps,’ when emergency measures wind down or stop

He said: ‘We know from our coronavirus survey of around 16,000 people that over half of adults and two thirds of young people said their mental health got worse during the pandemic, with many developing problems for the first time.

‘Evidence indicates that mental health is worsening across the spectrum, from the prevalence of common mental health problems like depression to people ending up in crisis point and requiring hospitalisation.

A survey on Mind’s behalf in October found 57 per cent of full or part time workers were worried about job security amid the pandemic. 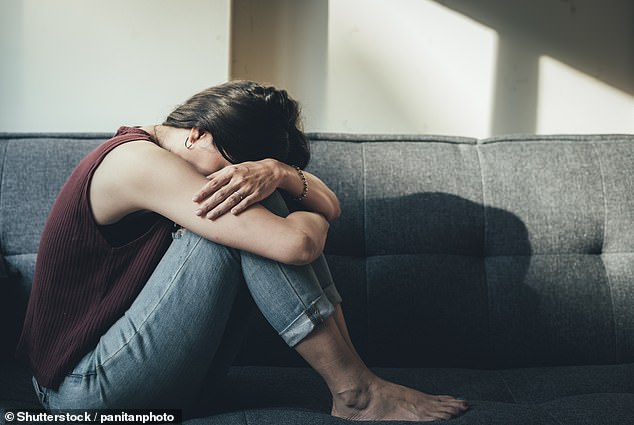 Mind fear that mental heath is ‘worsening across the spectrum,’ as the charity’s CEO warned uncertainty from 2020 caused a ‘range of emotions that are difficult to deal with’

Mr Farmer added: ‘Uncertainty can cause a range of emotions that are difficult to deal with, including anxiety.

‘Vital measures imposed to help contain the spread of the virus, such as shielding, social distancing, tiered restrictions and full national lockdowns, can also present challenges to our mental health.

‘We’ve heard from people struggling because their usual coping strategies – socialising, going to the gym and so on – aren’t necessarily available to them.

‘Others are struggling with difficulties working from home, such as isolation, longer working hours or difficulty establishing a work/life balance, particularly for those whose ‘office’, also happens to be their living room, kitchen or bedroom.’

Mr Farmer added: ‘We’re also hugely concerned about people who are unemployed, facing redundancy, and those who need support from benefits because their mental health prevents them from earning enough to support themselves.

‘As we enter another economic recession, it’s important to recognise the impact that other related factors – such as debt, housing, employment and benefits – can have on our health and wellbeing. 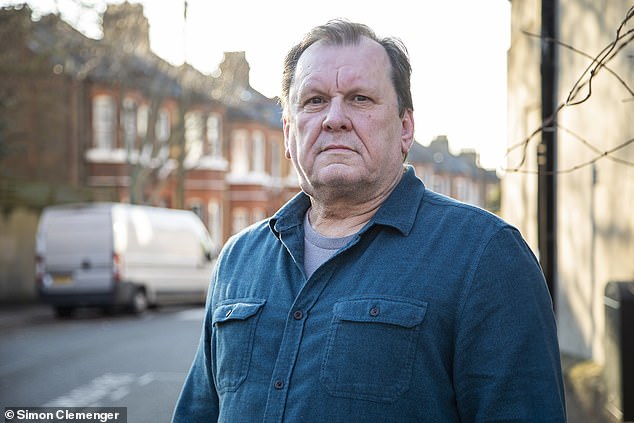 Steve Gifford lost his job at the start of the Covid-19 pandemic, but has continued to volunteer at Samaritans, listening to people in a very similar situation to his own

Samaritans volunteer: ‘I lost my job just before lockdown, but kept on  listening to others’

Steve Gifford lost his job as a sound engineer just days before lockdown began in March.

He joined Tesco and continued to volunteer as a listener at Samaritans – which has provided support more than a million times over phone, email and letters, since the first lockdown began.

With nearly a quarter of all calls being related to coronavirus, the Walsall volunteer listened to people who found themselves in a similar position to his own.

Steve, who joined the Samaritans after losing his step-son to suicide, said: ‘We are taking calls from people who are worried about their futures and their finances, as well as people, like myself, who who have been made redundant.’

Despite the toll 2020 may have taken on public mental health, Mr Gifford, who has been volunteering at Samaritans since 2016, believes there has been a positive.

He said: ‘One thing I think this whole thing we’ve been through has raised, it’s normalised the fact that people can talk and should talk to one another.

‘That’s a fantastic position to be in if you have friends or family, but it’s also what we’re there for, to support people who may not want to speak to their loved ones.

‘We’ll always be there to listen, but I think this year has shown the importance of getting people to listen.’

‘We’re concerned many people will fall through the gaps when temporary emergency measures introduced to support people hit hardest by coronavirus – including furlough, improved Statutory Sick Pay and easier access to support from benefits – wind down or stop altogether, and we’re calling for alternative support to be made available, including keeping the increased rate of Universal Credit.’

Mind’s survey found more than 80 per cent of 18 to 24-year-olds had seen their mental health decline due to loneliness brought on by the pandemic.

Around 50 per cent of over 60s said they had experienced a similar drop in their wellbeing.

Papyrus UK runs a Hopeline for young people aged under 35 who are experiencing suicidal thoughts.

The charity says nine out of 10 of its calls have referenced lockdown measures, while there was a 27 per cent rise in the number of contacts within the first week of the November lockdown.

Ged Flynn, Chief Executive of PAPYRUS Prevention of Young Suicide, said: ‘There is concern in the charity that there will be a longer-term problem of emotional distress post-lockdown.

‘I fear that a whole generation of young people may feel the impact of the current crisis for a good while yet.

‘We are already taking high volumes of calls, texts and emails from young people every day with thoughts of suicide or from those who fear for somebody in their family or place of work who may have. Call rates are now increasing.’

At the start of the outbreak, Mind, Samaritans, Shout, Hospice UK and The Royal Foundation created Our Frontline – a dedicated helpline for workers who were out during lockdown.

Since then it has held more than 2,200 conversations with health, social care, emergency service and other key workers.

Mental health charities are now concerned about the impact the winter will have on key workers’ wellbeing – particularly following the November lockdown.

Paul Farmer, Chief Executive of Mind, said: ‘In the short-term, Mind is calling for additional support for frontline staff as one of the groups most affected by the pandemic.

‘We’d like to see Our Frontline built in as part of any additional support and for employers to make sure all their staff are encouraged to take up the help that is available.’

Mr Farmer offered some advice to stay well in the wake of the pandemic. 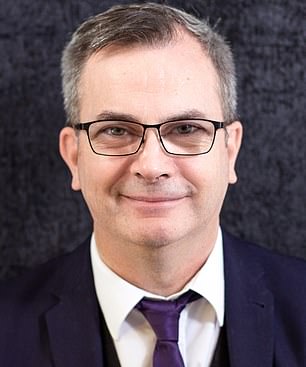 He said: ‘Lots of us depend on social contact to help us stay well, and although we may not be able to see our loved ones in person perhaps as much as we’d like right now, it’s important that we reach out as much as we can – whether that’s via text, email, phone or video call.

‘Wherever possible, try to maintain a healthy diet, keeping an eye on things like sugar, caffeine and alcohol.

‘It’s important you keep your mind stimulated, occupied and challenged, so try to set aside time in your routine for this.

‘Reading books, magazines and articles can help, or you could try listening to podcasts, watch films and do puzzles.’

Mr Flynn added: ‘For parents – don’t wait until you identify that your child may be in distress before reaching out.

“And to young people – don’t suffer in silence, find the courage, you can talk to us.’