The Aboriginal flag will become a permanent fixture on Melbourne’s West Gate Bridge, the Victorian government has announced.

The flag is currently atop of the iconic landmark to commemorate NAIDOC Week and will permanently remain there alongside the Australian flag when the week-long celebration ends on Sunday.

Victoria become the second state to permanently fly the Aboriginal flag on a bridge following the recent decision by NSW to install one on the Sydney Harbour Bridge by the end of year at the cost of $25million.

The Aboriginal and Torres Strait Islander flags have flown atop the West Gate Bridge during NAIDOC and Reconciliation weeks on a rotational basis since 2019.

The Victorian government says the move is to acknowledge its importance as a symbol of unity, identity, and resilience for First Peoples statewide.

‘The West Gate Bridge is one of our most visible landmarks. Now, the thousands of motorists who use the bridge every day can view the Aboriginal flag flying proudly above our city, minister Ben Carroll said.

The Aboriginal flag will replace Victoria’s state flag atop the bridge.

The state government will look at ways to fly the Torres Strait Islander and Victorian flags alongside the Aboriginal and Australian ones.

South of the border, the Aboriginal flag will be flying permanently on the Sydney Harbour Bridge by the end of the year following a five-year campaign by community leaders. 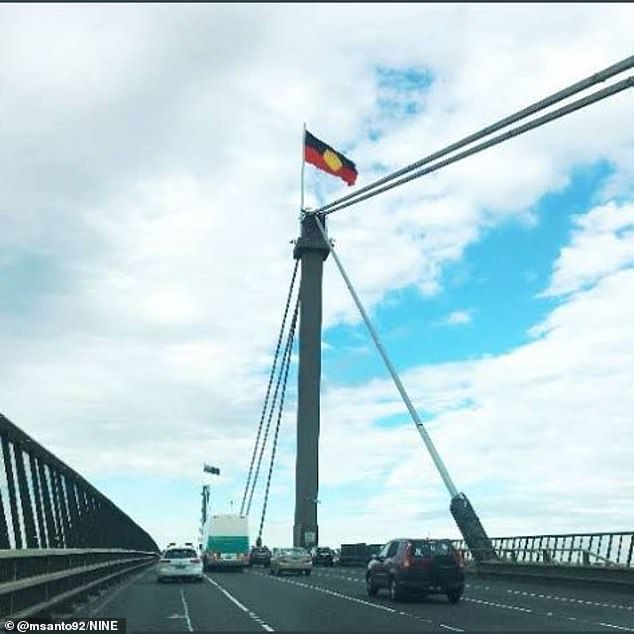 NSW Premier Dominic Perrottet said flying the flag alongside the Australian and NSW state flags was an important gesture towards Closing the Gap and addressing inequality.

‘Our Indigenous history should be celebrated and acknowledged so young Australians understand the rich and enduring culture that we have here with our past,’ he said last month.

‘Installing the Aboriginal flag permanently on the Sydney Harbour Bridge will do just that and is a continuation of the healing process as part of the broader move towards reconciliation.’ 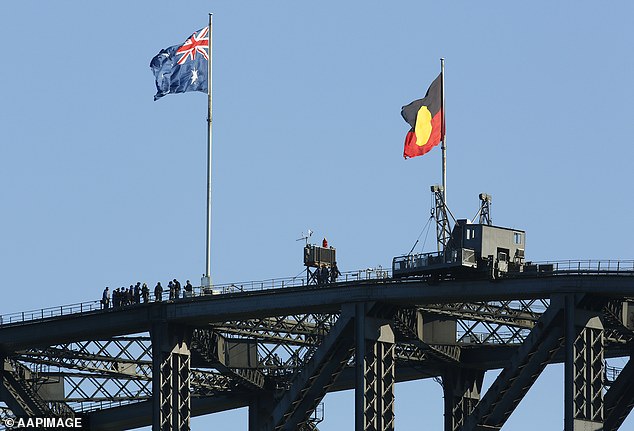