A young Australian woman has opened up about a debilitating disorder that has prevented her from having sex with her husband for more than four and half years.

Wynona Fenech, 28, was diagnosed with endometriosis at 17 – a common condition in which the tissue lining of the uterus grows outside of the womb causing severe abdominal pain, fertility issues, and painful intercourse.

But while the Melbourne HR Manager was five months pregnant with her first child, her symptoms flared up – and lovemaking with her husband Stefan became excruciating.

‘It wasn’t even just about intercourse… it was even before during arousal, I would have cramping and stabbing pain in my pelvic area,’ she told SBS program Insight, which aired on Tuesday night.

The couple stopped having sex and she underwent surgery after child birth to help ease the pain during intimacy, but it did not work – forcing her into celibacy.

Wynona Fenech, 28,  suffers from severe endometriosis which prevents her from being physically intimate with her husband Stefan (pictured together)

But intercourse is not the only form of physically intimacy they have lost because of her agonising condition.

The pair no longer kiss or hold hands because the sense of touch and reminders of sex trigger a physiological response, sparking pain and cramping.

‘I know it’s going to happen and I kind of get quite upset. I know he’s not trying to do anything. He wants to hold my hand while I’m watching a movie,’ she said.

‘[But] when I feel like it’s becoming too intimate, I tend to freak out a little bit.

‘If I was watching people being intimate on a TV show or on the news, or I was walking down the street and could see someone making out, I would be instantly uncomfortable because I knew I would my body would go into cramping if I did start to feel aroused.’

Mrs Fenech said the couple have gone to doctors and physiotherapists seeking remedies to no avail, with experts saying her condition will not improve.

After years of abstinence, their marriage is now ‘vastly’ different as her disorder takes a psychological toll on them both.

The young mother feels ‘horrible’ as a wife and said her biggest fear was the prospect her husband, who was 26 when they ceased physical intimacy, would grow resentful of their sexless relationship.

‘We’ve definitely tried and kind of continue to but we kind of haven’t really gotten anywhere with that one,’ she said.

‘Subconsciously I’m like “oh, my God, is my husband going to stay around for the long run?” Because I’m not able to give him sexual intercourse and I’m like, “is my cooking really that great?” 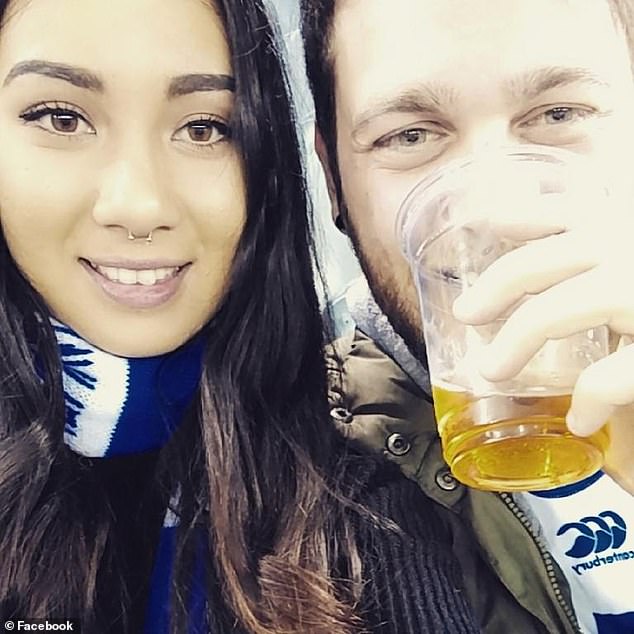 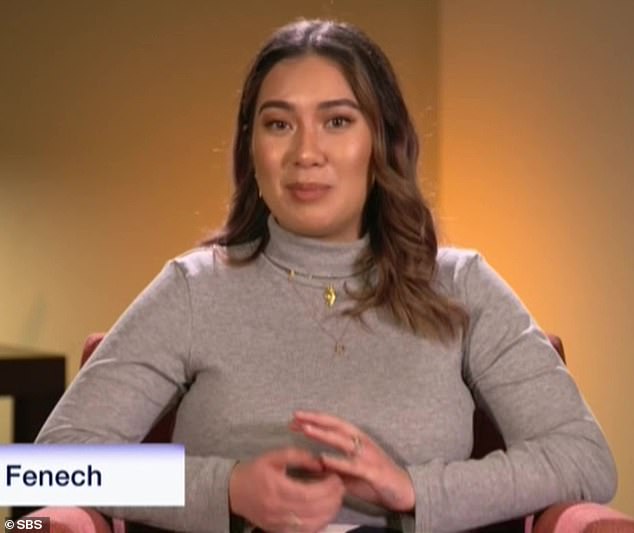 The mother-of-one opened up about her battle with the health disorder on SBS program Insight’s episode on celibacy, which aired on Tuesday night

However, despite the physical barrier in their relationship, they are intimate in other ways.

‘We are very much best friends – I know everybody says that but when we’re not in lockdown we catch the train together to work, we pick up our daughter together, we cook together,’ she said.

‘We can be physically intimate without being sexual, holding hands, hugging.

‘We sit incredibly close to each other when we’re watching movies and laying in bed. We have quite beautiful conversations all the time and we really work on the other parts of our relationship.’

Although Mrs Fedech has accepted a state of celibacy, she is open minded to allowing her husband to quench his sexual desires elsewhere.

For his recent 30th birthday, she carried out research and tried to plan a sex worker for him as a present – but he flat out refused.

‘He was like, “no. If I can’t have sex with you I don’t really want to have sex. I don’t feel like I’m missing out on anything necessarily because we have everything else. If everything else is fine we can move on from it”,’ she said. 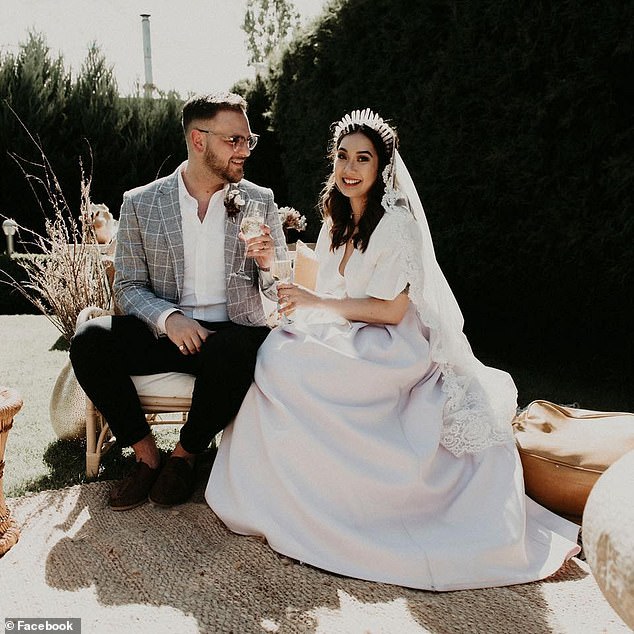 While a cure remains unlikely, Mrs Fedech is optimistic it may one day be resolved.

She wants to be able to have sex and is open to trying further treatments in the future in the hope it can restore the physical side of their marriage.

‘There are options and it’s definitely something, an avenue that we’ll take because I don’t necessarily want this to be our life,’ she said.

‘If there’s new things coming to light that can help us, I’ll definitely take it.’

Endometriosis affects roughly 10 per cent of women of reproductive age globally, but whether pain is experienced during sex varies from person to person.

SBS’s Insight episode on Celibacy also heard from a series of young people who made the decision to refrain from sex for varies reasons, including a Christian man, an asexual woman, and a rape-survivor.

Endometriosis is a common disease in which the tissue that is similar to the lining of the womb grows outside it in other parts of the body.

More than 830,000 of Australian women suffer with endometriosis at some point in their life with the disease often starting in teenagers.

Symptoms are variable and this may contribute to the seven to 12-year delay in diagnosis. Common symptoms include pelvic pain that puts life on hold around or during a woman’s period. It can damage fertility.

Whilst endometriosis most often affects the reproductive organs it is frequently found in the bowel and bladder and has been found in muscle, joints, the lungs and the brain.