Fanatical Melbourne Victory group responsible for walkout that turned into shocking pitch invasion announce they’re returning to the scene of the crime: ‘We will always be there!’

A-League officials are said to be on edge after ‘Original Style Melbourne’ – the rogue Melbourne Victory supporters group – confirmed they will be attending the ‘Big Blue’ versus Sydney FC at AAMI Park.

OSM – whose ‘fans’ stormed the pitch on December 17 during the derby at the same venue and generated international headlines – announced on their social media pages they will be at the Australia Day fixture.

‘Just like in years gone by, our presence remains a constant despite results on the pitch, and restrictions in the stands,’ a statement on Instagram read.

‘For this match, if you would like to watch the game together with your mates and the rest of the terrace, and not be separated within the active area, we suggest buying tickets in bay 33 to start, and then to bays 34/35 should it be necessary.

‘See you all soon. ‘Forever Melbourne.’

Following the dramatic pitch invasion last month, Victory announced they were ‘committed to the disbandment of any A-League Men’s active supporter groups that were recognised at the time of the incident.’

A-League officials are nervous after ‘Original Style Melbourne’ – the rogue Victory supporters group – confirmed they will be attending the ‘Big Blue’ versus Sydney FC at AAMI Park (pictured, an injured Tom Glover after the pitch invasion on December 17) 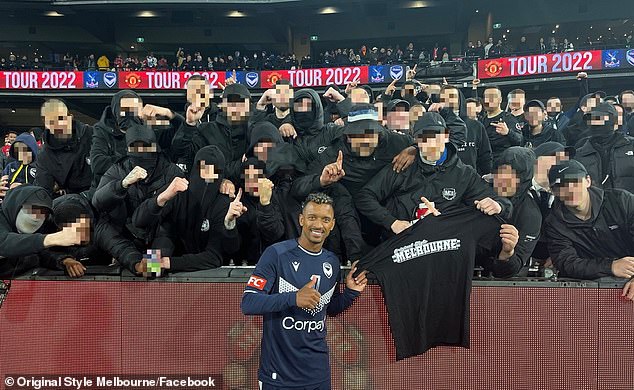 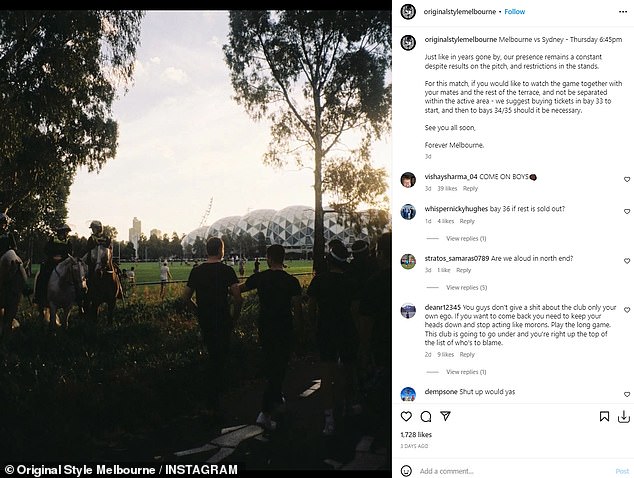 The contest was also abandoned due to safety fears, and will be completed at a later date.

Subsequent sanctions handed down included a record $550,000 fine and a suspended 10-point deduction for Victory, who currently sit last on the A-League ladder.

A number of alleged offenders will appear before the courts, with some already handed life bans by Football Australia. 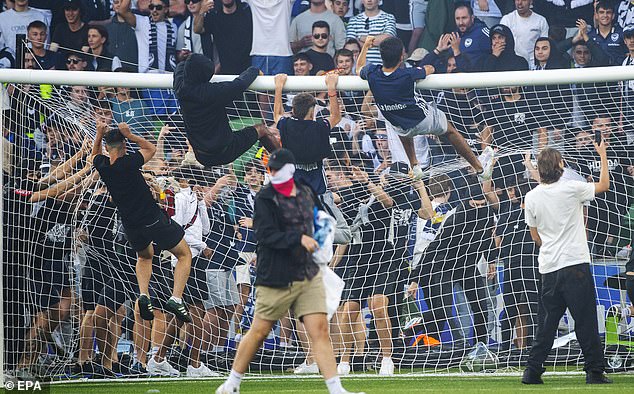 OSM’s preferred area of seating behind the goals at the North End has been restricted as a result of the sanctions imposed by FA – but the rogue group clearly remain undeterred.

A large police presence is expected at AAMI Park.

Greg O’Rourke, the Australian Professional Leagues commissioner, confirmed the A-League, Victoria Police and security will work in unison to ensure fans attending the ‘Big Blue’ feel safe at all times.

Kick-off is 6.45pm AEDT on Wednesday.