‘This is the best idea ever’: Teenager’s clever trick for turning grapes into vodka-filled party treats is shared by THOUSANDS

A woman has turned grapes into sugary, alcohol-laced treats in a TikTok video which people are calling the ‘best thing’ they’ve ever seen.

The clip, which was posted on Sunday by Australian teenager Isabella Gerace, opens with a plate of green grapes and a bottle of vodka.

The 19-year-old from Melbourne injects vodka into a grape with a syringe, then dips the fruit in a liquid syrup made from sugar and water and leaves it to harden before eating it like a sweet.

‘Blow this up!!! It’s my first TikTok,’ Ms Gerace wrote in the caption.

And people swiftly obliged, taking the video to 370,000 views since it was shared three days ago. 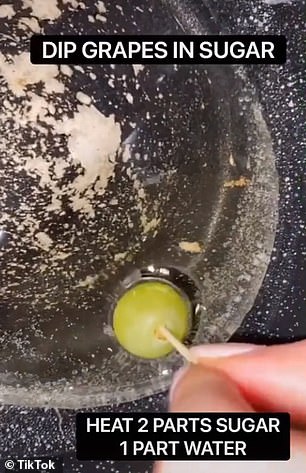 A viral video on TikTok shows a Melbourne teenager injecting vodka into a grape (left) and rolling it around in liquid sugar syrup, turning it into a booze-soaked sweet

It also drew hundreds of amazed responses with comments including ‘yes!’, ‘omg this is awesome’ and ‘okay wow’.

‘Nah this is the best thing I’ve seen!’ one woman said.

Many said they planned to try the trick on different fruits like strawberries, blueberries and watermelon.

Others tagged their friends suggesting they make the vodka-infused grapes for their next night out.

And it’s not the first home hack for turning food into booze-filled treats doing the rounds on social media in 2020. 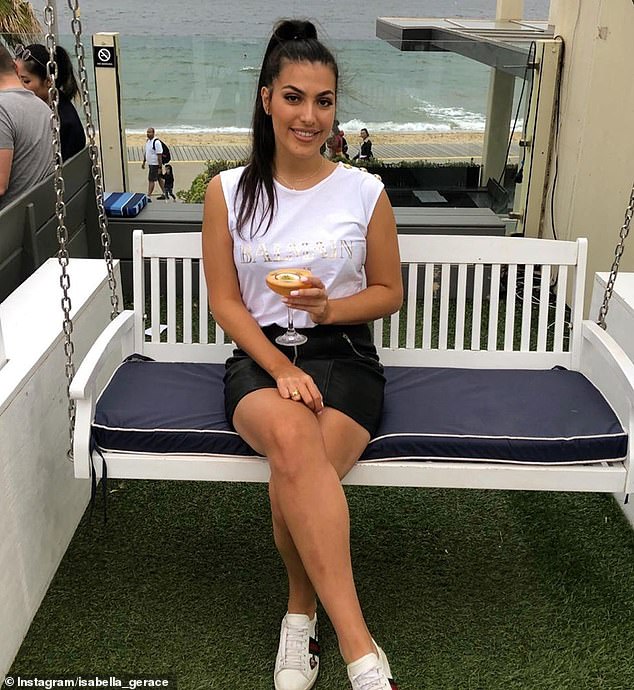 The video was uploaded by Melbourne woman Isabella Gerace (pictured) 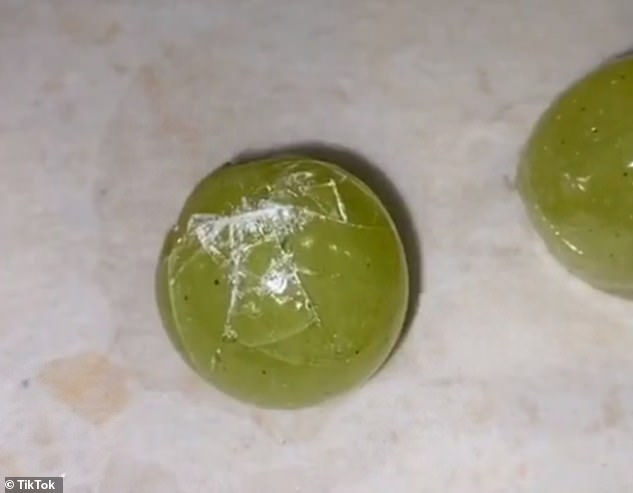 In it, she cuts cuts the tip off a thawed Zooper Dooper then pours a shot of vodka into the orange syrup.

After letting it settle, she seals the top by clamping a hot hair straightener over the plastic.

‘Mother questions why she didn’t think of this when she was younger,’ Ms Hansen captioned the video, which has been viewed hundreds of thousands of times since it was posted on May 18.

Viewers pointed out that adding vodka will stop the blocks from freezing because it freezes at a lower temperature than water and other types of alcohol which standard freezers cannot reach.

The freezing point of vodka is -26.95 degrees Celsius, while the temperature of most home freezers is around -17 C.

But people who had already tried the trick confirmed the blocks ‘actually do freeze’ provided you only mix a small amount of vodka into the syrup.

‘They’ll [go] slushy, which is actually a really good texture for this,’ one person said. 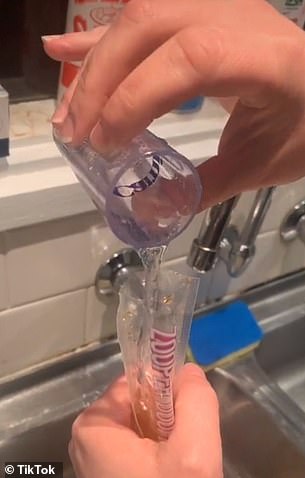 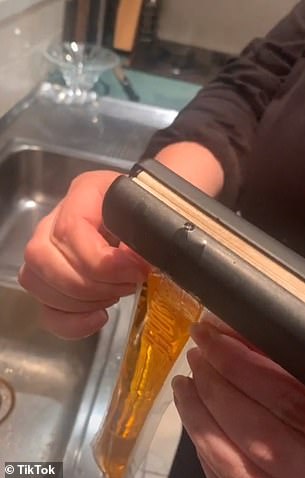 After pouring the vodka (left) and letting it settle, Ms Hansen sealed the plastic by clamping it with a hot hair straightener (right)

Others were skeptical that the heat of the straightener would instantly melt the plastic, but Ms Hansen said ‘that’s what seals it together’.

‘I can’t believe I never thought of that!’ a man replied.

One young woman asked why Ms Hansen was sharing a secret that her friends have been using for years.

Boxes of eight Zooper Doopers are available in leading supermarkets like Coles and Woolworths for $5.80.