Three teenage boys have been charged after an alleged knife attack in a busy shopping centre, which sent shoppers screaming in fear.

The shocking alleged assault was caught on camera at the Pacific Werribee shops in Hoppers Crossing, in Melbourne’s west on Thursday.

The dramatic footage shows three teenagers approaching a hooded boy, as crowds of shoppers pass by the group.

Suddenly one of the three allegedly swings a knife at the boy at least three times, while the other defends himself with a bag and a horrified mum screams out. 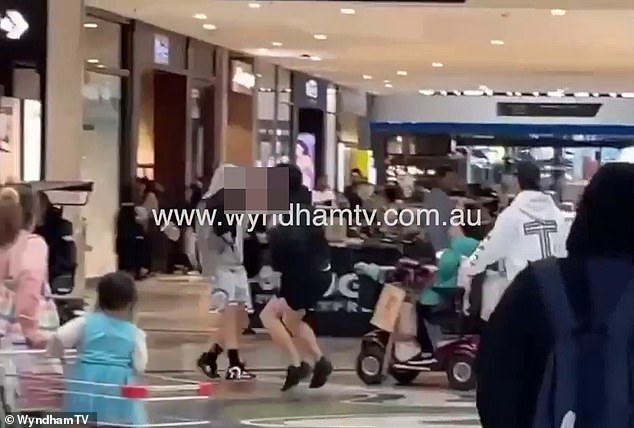 The alleged assault was caught on camera (pictured) at the Pacific Werribee shops in Hoppers Crossing, in Melbourne’s west on Thursday

The allegedly armed teenager then chases the other around the shopping centre level, while his two friends appear to try and hold him back.

He pushes them away and allegedly continues to chase the other boy as frightened shoppers scream and run for cover.

The alleged offenders fled on foot initially, before three boys later handed themselves in, police say.

The trio have been bailed to appear at a children’s court at a later date. 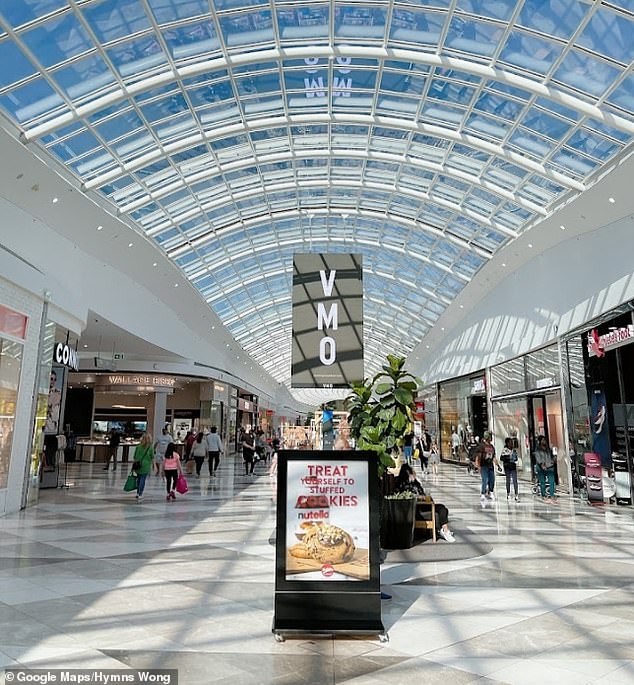 The three 16-year-old boys have been bailed to appear at a children’s court at a later date (pictured, the Pacific Werribee shopping complex in Melbourne’s west, where the assault allegedly occurred)