A violent road rage incident is going viral on the internet after a horrified driver captured the moment two Melburnians almost came to blows on one of the city’s busiest freeways.

The November 9 incident on Melbourne’s M1 started with throwing coffee cups but quickly escalated which witnesses claimed started when one driver cut off the other.

The person who filmed the incident said they had ‘seen the guy in the white ute throw his coffee at that car and started to follow him’.

‘First he got out and started swearing at him and got back in his ute,’ the cameraman added.

‘Then the other guy decided drive past him to throw his coffee at the ute and run away but then got caught in traffic.’

A man is pictured giving double rude fingers to another driver after a road rage incident. The side mirror he had just kicked off is pictured on the ground

The standstill traffic allowed the ute driver to ramp things up by taking a run, jump and karate kick at the Volkswagen’s driver side mirror, which smashed onto the road.

The man, wearing a hoodie and shorts, then shouted abuse at the car driver and gave him two rude fingers.

The man was running around to the left of the car when the traffic started to move again, allowing the Volkswagen driver to flee.

The man in the hoodie was in the air and about to connect with the left side mirror when the traffic conditions suddenly improved, allowing the driver to keep his other mirror.

The first commenter blasted the road rage incident and said it was ‘un-Australian’.

‘You cant pick and choose only the good bits (of Australia),’ another commenter replied. 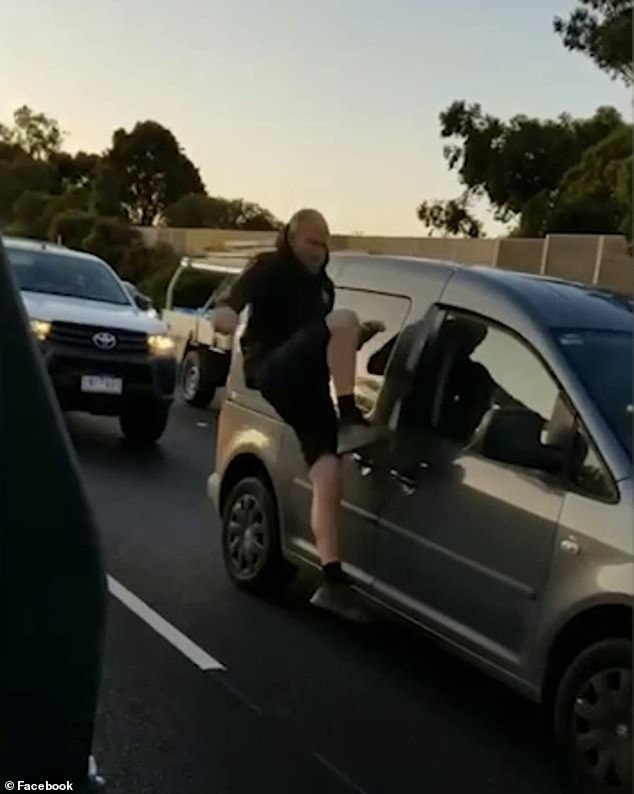 Another said they ‘understand the anger but kicking mirrors is s***’.

‘His second kick at the other mirror was a massive fail though and pretty funny,’ they added.

Some however were impressed with the mirror kicker’s moves and agility. 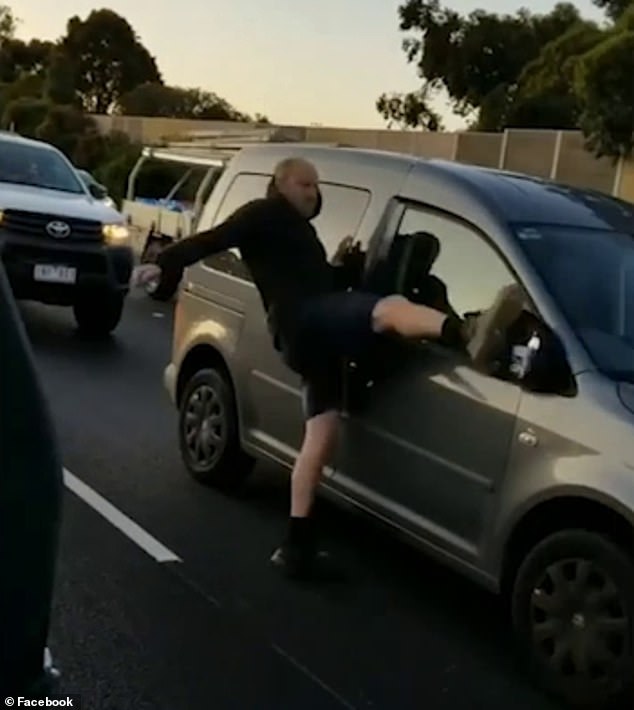 ‘Man took karate classes when he was a kid,’ wrote one.

But others just hoped the video would help the police find the man.