Melbourne Cup punter who won $170,000 on miracle bet confesses he had NO IDEA he’d struck it lucky: ‘I’d done me nut in all day’

A punter who won more than $170,000 on the Melbourne Cup has admitted he initially had no idea he jagged a First Four for the ages.

Known only as ‘Tom’, the man was already buzzing after backing Gold Trip at $10 via bookmaker betr’s $101 pre-race offer.

He also outlaid on third-place getter High Emocean ($9) each-way and had a $40 Cup first four.

And he needed a win, after ‘doing his nut’ in previous races.

A punter who won more than $170,000 on the Melbourne Cup has admitted he had no idea he jagged a First Four for the ages (pictured, Gold Trip saluting over 3200m at Flemington) 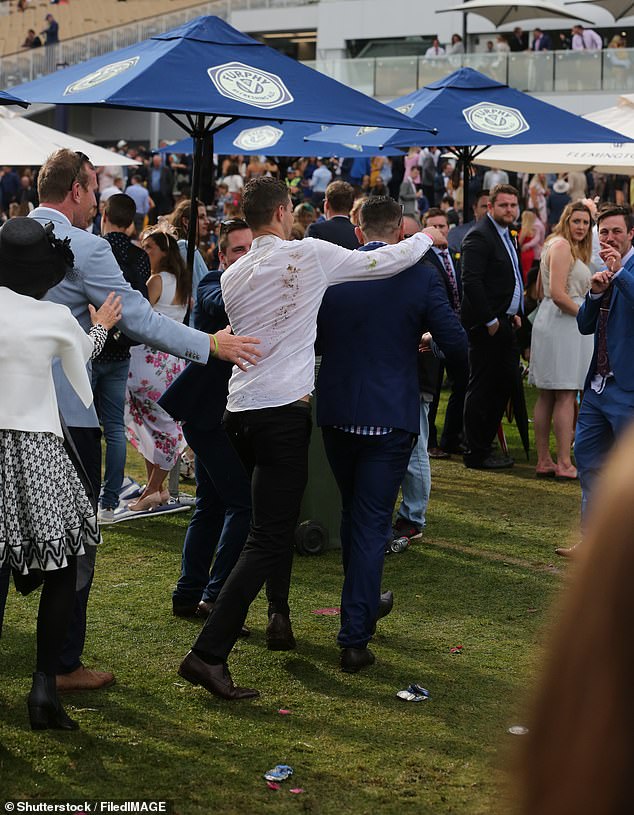 The man wasn’t sure if he had boxed the correct horses after his phone went dead (pictured, punters trackside)

At the worst possible time, Tom’s phone ran out of battery as he watched the race that stops a nation at Noosa on Queesland’s Sunshine Coast.

Once his phone was charged, pandemonium followed.

‘I’ve told people that if Deauville Legend has come fourth, I’ve got the first four,’ he told Punters.com.au.

‘Sure enough, he did, and I’ve got people rushing around, doing calculations. My brother tells me the first four has paid $102,000 and he’s yelling ‘you’ve just won 100 grand.’ 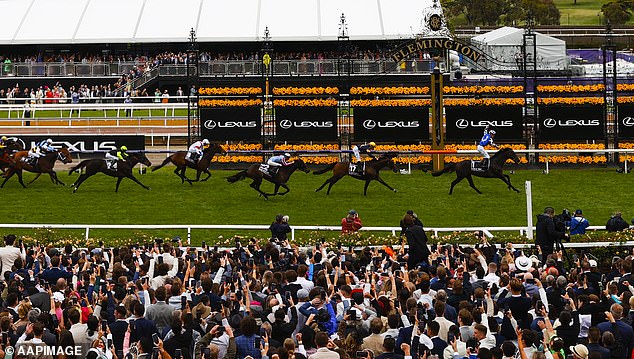 The father of two added he was ‘hitting refresh like a mad man’ on his betting app – and was on cloud nine when $171,308 lobbed in his account.

He admitted a fair bit of luck was involved in terms of his life-changing bet – and his winnings will go towards a house for his family.

The quaddie – which cost $1 – landed a ridiculous windfall which won’t be forgotten anytime soon.