Australia is rocked by a 6.0 magnitude earthquake with buildings shaking from Melbourne to areas of NSW with frightened residents saying ‘the whole world just shook’

A magnitude 6.0 earthquake has rocked Melbourne and demolished parts of buildings on famous Chapel St, with tremors felt as far as NSW and Tasmania.

The tremors were recorded near Mansfield in Victoria’s east at 9.15am on Wednesday morning, according to Geoscience Australia.

Pictures emerged of part of a building having collapsed on famous Chapel St in Prahran in Melbourne’s inner-city.

Tremors were felt as far away as Tasmania and some parts of Sydney. 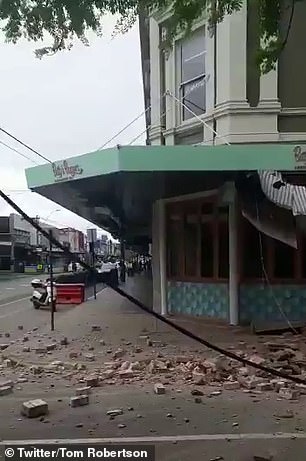 Office and apartment blocks across Melbourne have been evacuated but there are so far no reports of any injuries.

A homeowner near Leongatha in South Gippsland who was in the bathroom when the earthquake hit said the sound outside was like a ‘jet engine’ and the glass shower screen was shaking.

‘I grabbed my granddaughter and held her tight,’ the woman said.

‘It was very frightening.’

Resident Alice Murphy, who lives on Brunswick Street in Fitzroy, three kilometres north of the Melbourne CBD, was working at her laptop when the tremors began.

‘For a second I thought it was a tram passing by or a huge gust of wind, but then the walls were shaking and the candles were bouncing off the mantlepiece,’ she said.

‘It lasted about 20 seconds and then everyone spilled out onto the street to make sure they hadn’t imagined it!’ 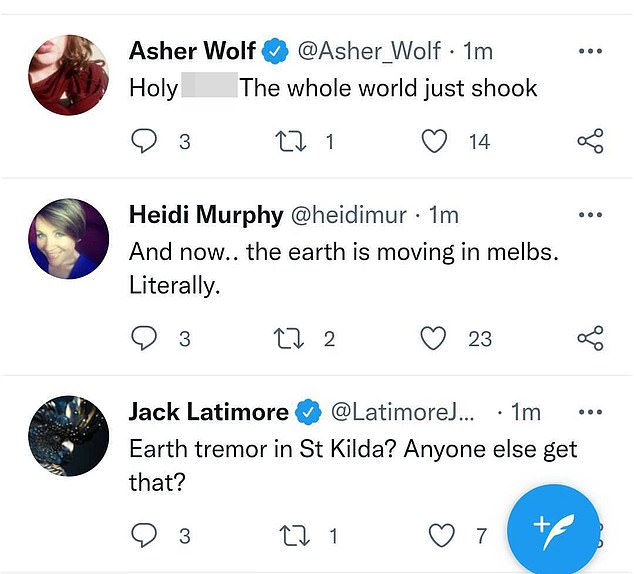 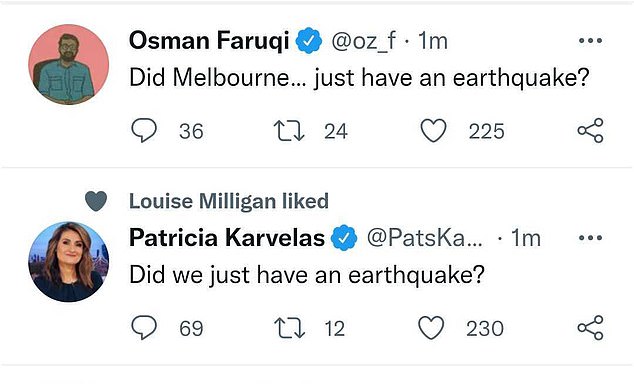 A woman named Elizabeth from eastern Melbourne was on a work call when the quake hit.

‘All the windows were shaking, I yelled at the kids to come and stand in a doorway but our eight-year-old ran outside to see if any sinkholes were opening up,’ she said.