A major security breach at Melbourne airport is expected to spark widespread chaos across the country.

Qantas passengers were ordered off flights and and evacuated from the terminal to be rescreened by security, sparking chaotic scenes early Tuesday morning.

Photos and footage show thousands waiting to be rescreened with queues at the security gates snaking outside the terminal.

All Qantas operations are currently on hold at the airport as a precaution.

‘A passenger appears to have inadvertently passed from an unscreened area to a screened area of the airport in Melbourne,’ a statement read.

‘As a precaution all Qantas operations have been put on hold and passengers in the terminal are being rescreened which is causing delays to some services this morning.’

‘Safety is our number one priority, but we know this disruption is causing some inconvenience for our passengers and we apologise for that. We are investigating how this incident occurred.’

Thousand of travellers at Melbourne Airport  have been delayed by a major security breach. Pictured are the chaotic scenes on Tuesday morning

Tim Joyce had just boarded his Brisbane flight when the pilot ordered everyone off the plane.

‘They have evacuated every single person that has been through screening so that everybody can get rescreened.’

‘It seems quite serious, there are thousands of people waiting at 6am.’

He stressed communication from the airline had been great, despite the chaos.

‘There is a lot of families, a lot of business people, a lot of people returning to their families over Australia

‘There this is a pretty big airport, it is one of the biggest in Australia. Yeah, a lot of people obviously doing international connections as well actually leaving Australia to go home. 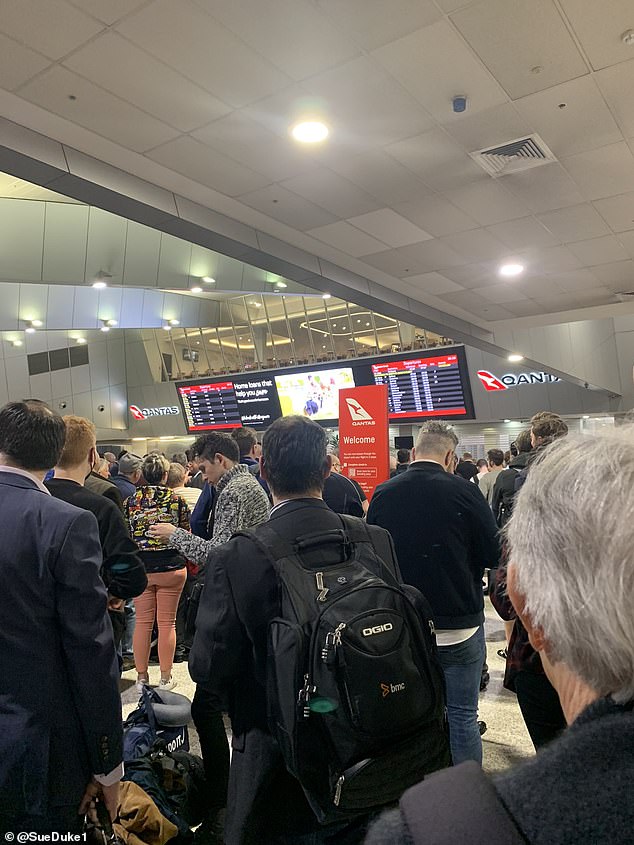 Sue Duke had just boarded a her flight to Brisbane when the pilot ordered everyone off the plane to be rescreened in the terminal (pictured, the long queue at the security gates)

Mr Joyce’s 6am flight has been delayed by an hour-and-a half while at least seven other flights have also delayed.

Rowing Australia boss Ian Robson arrived at the airport shortly after 6am to find the queue extending back to the international terminal.

‘A couple of announcements made clear in the last five minutes or so there was this inadvertent security breach, apparently by a small number of passengers ,which has then meant they had to evacuate everyone who had already been security cleared, including those on planes,’ Mr Robson told 3AW.

‘It’s going to to long, late morning I would suggest but the mood is good and everyone understands what has happened.’

‘We’ve had a couple of these breaches in recent times.’ 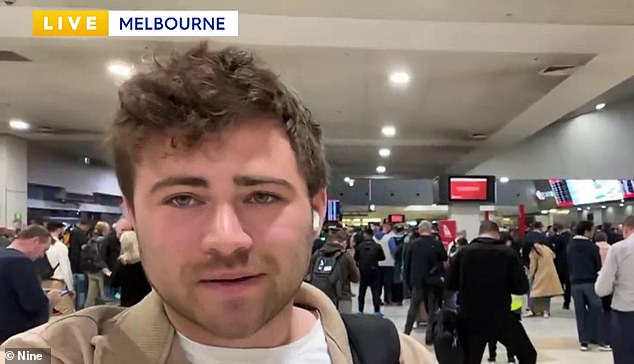