Melanie Sykes revealed on Friday how her son’s autism diagnosis at the age of two was the ‘fuel’ to end her unhappy marriage with actor husband Daniel Caltagirone.

Speaking on The Hot Mess Mums Club podcast, the presenter, 51, said she could not have ‘helped’ son Valentino, now 17, or ‘functioned as a parent’ should she have stayed with Daniel, who she married in 2001 and eventually split from in 2009.

‘That boy is the light of my life. When he was diagnosed he changed my life. I couldn’t be in a marriage that I wasn’t happy in, in order to help him,’ she admitted.

Doting mum: Melanie Sykes revealed how her son Valentino’s autism diagnosis became the ‘fuel’ to end her marriage with Daniel Caltagirone (pictured in 2016)

Melanie went on to reveal how the diagnosis helped her end her unhappy marriage.

‘I had to sort myself out and he helped me get out of the situation that I was in – he was ­definitely the fuel for the move to do that.

‘Because you and I know when you are unhappy you can’t function as a parent.’

Melanie said that she was conscious of being someone her children would ‘look up to and respect’ and was ‘mindful’ of what they would ‘take into their adult lives’. 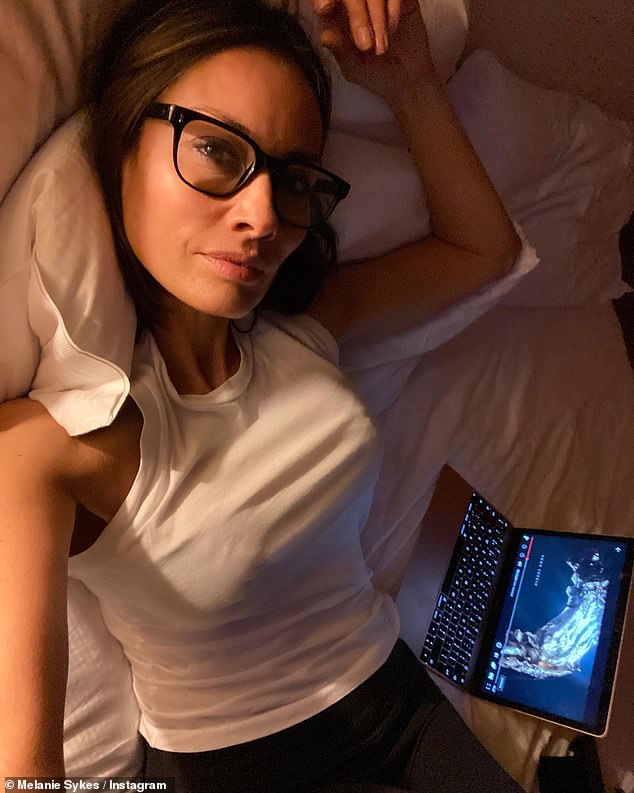 Candid comments: The presenter, 51, said  she could not have ‘helped’ son Valentino, now 17, or ‘functioned as a parent’ should she have stayed with Daniel, who she  split from in 2009 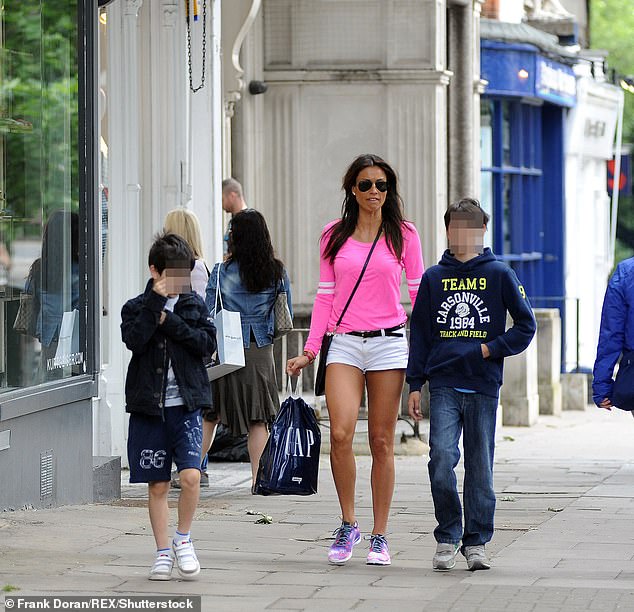 ‘When you are unhappy you are not displaying what a woman should be dealing with. With two boys, particularly, I was very mindful of what they were observing of me as a woman and what they would take into their adult lives when they were dealing with women,’ she said.

‘Whether it be romantically or not because at that time I didn’t know what sexual persuasion they were going to be.

‘It was just what women are and what women are capable of. I am their main woman so everything I do, I want them to see me as someone to look up to and to respect. 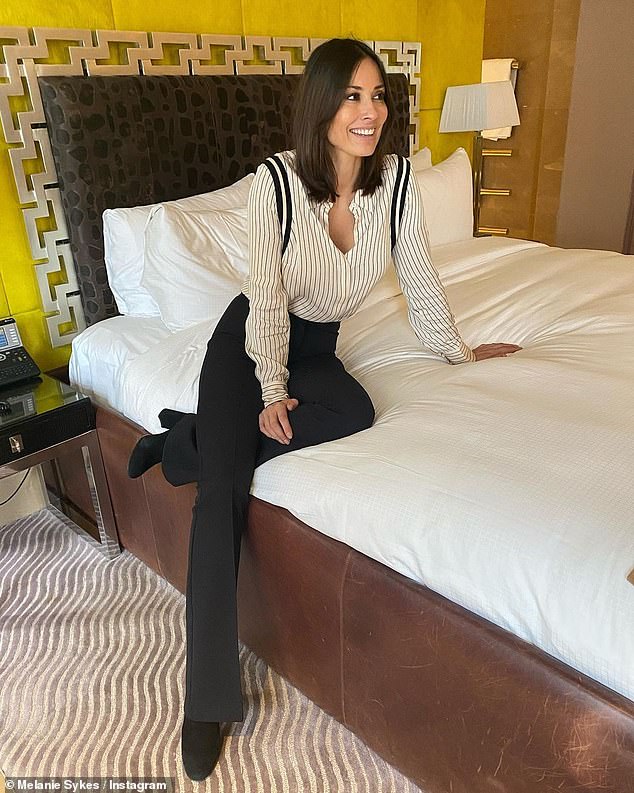 ‘I think that is my duty as a mother, to boys particularly’: Melanie said that she was conscious of being someone her children would ‘look up to and respect’ and was ‘mindful’ of what they would ‘take into their adult lives’

‘I think that is my duty as a mother, to boys particularly,’ she continued.

Melanie and Daniel are now successfully co-parenting their two children following their split.

She went on to date Jack Cockings in 2013 but split in 2016. She is now dating 24-year-old gondolier Riccardo Simionato who she met in Venice.

Melanie, who revealed her son’s diagnosis in 2012, told The Mirror in 2018 that she wants to give her son Valentino the independence to grow.

It dawned on Melanie that in the midst of trying to help her son, affectionately known as Tino, learn to communicate, she’d forgotten to teach him practical life lessons such as crossing the road.

The mother of two stood at the edge of the pavement with Tino, when she realised that he wasn’t aware of the dangers of the passing cars.

In a moment of panic Melanie blamed herself for forgetting to teach him how to get across the road.

However after remembering that she has managed to teach him countless other life skills, she had to remind herself that ‘it’s all right’. 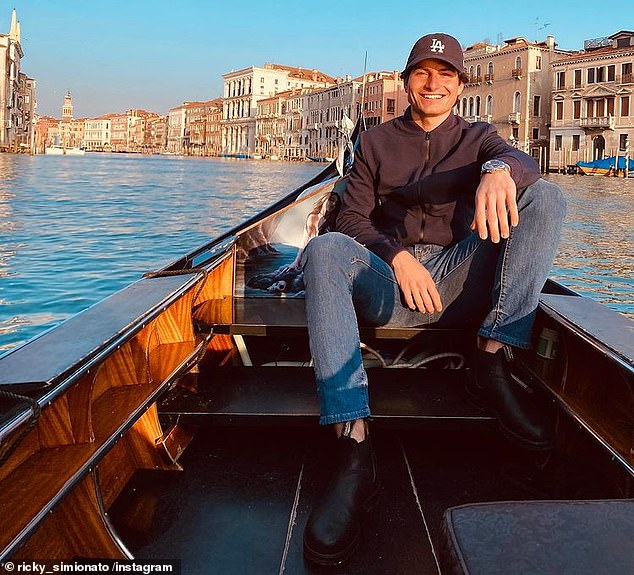 New flame: Melanie went on to date Jack Cockings in 2013 but split in 2016. She is now dating 24-year-old gondolier Riccardo Simionato (pictured) who she met in Venice

THE SIGNS AND SYMPTOMS OF AUTISM

She said at the time: ‘I’ve been trying to get him to talk, to communicate, and to enjoy his life and accept his autism. I have just forgotten some of the practical stuff as well.’

Melanie also said that occasionally she feels that she is coping well, and other times she begins to feel overwhelmed by it all.

The TV personality admitted:  ‘Every now and again it will hit me and I will go, “Wow, he might never be independent of me”.

Although Melanie said it would be fine for Tino to be reliant on her forever, she wants to see him gain his own independence eventually.