Mel B has appeared in about 20 sex tapes which will be offered as evidence at the upcoming divorce and restraining order trial with estranged husband Stephen Belafonte, it emerged in court proceedings today.

And in a shocking development lawyers for the America’s Got Talent star say some of the sex acts shown in the videos are ‘non-consensual’.

In total lawyers will present 56 videos as evidence featuring Mel including one which is claimed to show the star snorting cocaine.

The trial – now scheduled to begin November 6 – is set to be explosive with both sides ready to battle it out.

The 42-year-old former Spice Girl will claim that she was drugged during much of her marriage and in some of the videos and didn’t consent to either the sex shown in them or being filmed.

In addition to seeking a divorce from her husband of 10 years, producer and restaurateur Belafonte, also 42, Mel – real name Melanie Brown – is pursuing restraining orders against him and the couple’s one-time nanny, 25-year-old blonde Lorraine Gilles.

She accuses both of conspiring together against her by threatening to release sex tapes and embarrassing videos of the singer and reality star.

Gilles has claimed that she and Mel had a seven-year sexual relationship that included three-ways with Belafonte.

At Wednesday’s hearing at Los Angeles Superior Court, when Judge Marcus A. Juhas asked about ‘sexually related videos’ relating to the case, one of Mel B’s lawyers, Jacalyn Davis told the court that Belafonte ‘has been showing videos of Miss Brown with cocaine and he is showing videos of sexual activity.’

Asked by the judge how many videos have been placed in evidence for the upcoming trial, another lawyer for Mel, Susan Wiesner, said that there are 56, about a third of which are of ‘a sexual nature.’ And 90% of those feature Mel B.

Wiesner accused Belafonte of having even more videos and refusing to hand them over. 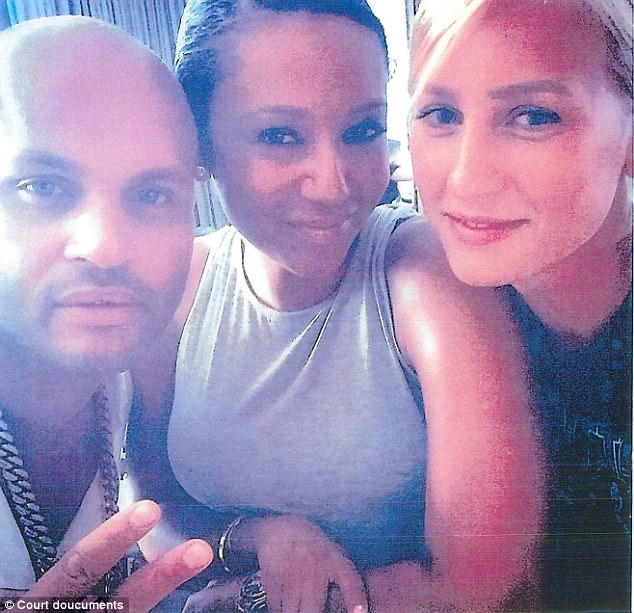 The trial – now scheduled to start November 6 – is set to be an explosive affair with both sides ready to battle it out. The couple’s ex-nanny Lorraine Gilles (right) has as claimed that she and Mel had a seven-year sexual relationship that included three-ways with Belafonte 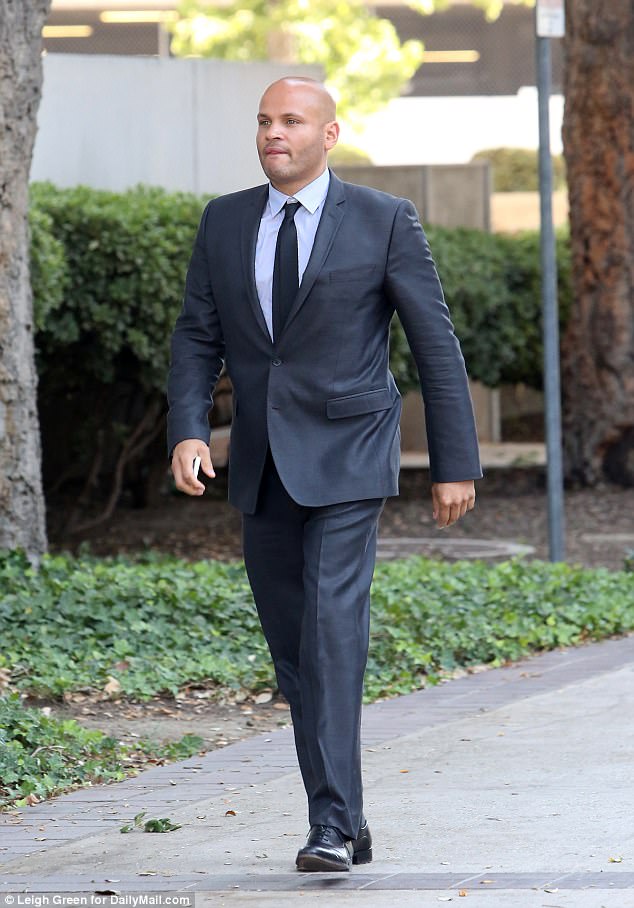 Stephen Belafonte (pictured arriving at court last month) has been accused of conspiring with Gilles by threatening to release sex tapes of Mel. The Spice Girl will claim she did not consent to the sex or being filmed – but Belafonte maintains all sex was consensual

‘Mr Belafonte has many, many videos of Miss Brown. We have asked them (Belafonte and his lawyers) for his entire library but they have objected to that, which is troubling.’

Wiesner said that while some of the sex videos were consensual, ‘many were not – either the act filmed in the video was not consensual or the filming of the video itself was not.’

Belafonte’s lawyer, Philip Cohen, insisted that ‘all the videos’ in evidence were consensual.

‘Miss Brown now takes the position that she was drugged by Mr Belafonte throughout their marriage.’

Judge Juhas took issue with Cohen over his ‘entirely inappropriate’ questioning of Mel during a deposition in which she was asked about a sex video in which she was not featured but, claimed Cohen, her voice could be heard and her fingers could be seen on film.

In the deposition, Cohen asked Mel, ‘Is it your position that you were drugged in this video?’ Mel answered no, but said Judge Juhas to Cohen: ‘Why didn’t you ask, did you take this video?’

‘Asking if Miss Brown was there for the filming of this video would have been a more creditable test. This shock value is not what we are looking for here. How do you know that was her voice and those were her fingers?’

Cohen told the judge that ‘no shock value was intended’ and added that he had two witnesses who could verify that Mel was there filming the video in question.

At today’s hearing, the estranged couple’s lawyers squabbled over each hanging on to personal items that belong to the other.

On October 4 Belafonte handed over all the Spice Girls memorabilia and other material of hers that he had in a lockup storage facility. And Brown handed over 10 boxes of Belafonte’s belonging to him that she had been storing at the LA home they used to share together.

Despite both handovers, both claim that the other is still ‘keeping stuff’ that belongs to the other.

Judge Juhas said that during the trial, ‘videos of a sexual nature’ will not be shown in open court. ‘My intent will be to close the court for that.’