Rubbing shoulders with the rich and famous, Mansoor Hussain proudly posed with celebrities including Meghan Markle, Beyonce and Simon Cowell.

But the millionaire businessman, who loved to boast of his A-list connections on social media, was not all he seemed.

Now the National Crime Agency has seized almost £10million from the property developer.

In the first successful use of a ‘McMafia’ order – so called after the BBC TV drama series starring James Norton – Hussain has had to hand over 45 properties, including million-pound mansions and apartment blocks in London, Cheshire and Leeds.

The NCA used an unexplained wealth order (UWO) to target the alleged criminal, who has spent years flaunting his money.

Hussain’s Twitter and Instagram pages are filled with pictures of him posing with stars, politicians and royalty in locations such as Barbados, New York, Monaco and Saint-Tropez.

In one photograph, which he repeatedly posted on social media, he can be seen hugging Meghan Markle at the Global Gift Gala in London in 2013, three years before she met Prince Harry.

After the royal marriage, Hussain republished the image to his 134,000 Instagram followers, captioned: ‘Great night with the Duchess of Sussex Meghan Markle.’ 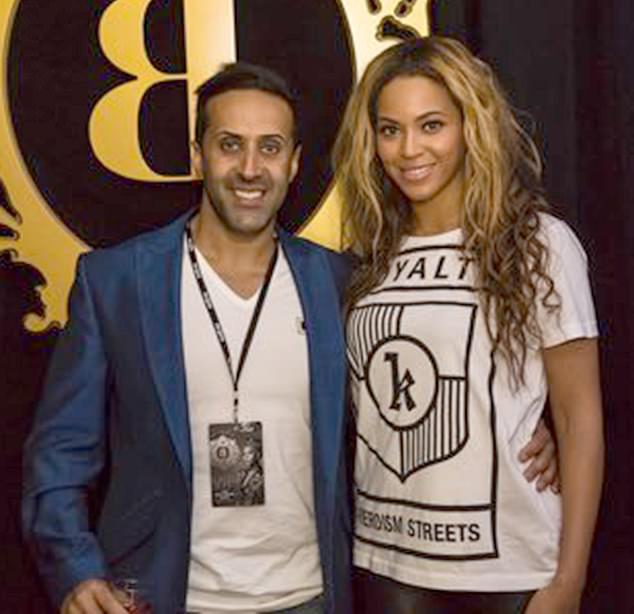 Hussain was the director of a set production company which ran shows for Beyonce (pictured), Kylie Minogue, Robbie Williams, the Spice Girls and Take That

As the director of a set production company which ran shows for Beyonce, Kylie Minogue, Robbie Williams, the Spice Girls and Take That, Hussain – who calls himself Manni Boss – never missed a photo opportunity.

On the website of one of his property businesses, 88m, he claims to ‘takes great pride’ in working with The Petra Ecclestone Foundation run by Formula 1 billionaire Bernie Ecclestone’s daughter.

There is no suggestion that any of the celebrities he met were involved in any wrongdoing.

Hussain, who started his first business at 18, boasts of travelling by private jet and owning a fleet of luxury vehicles including Rolls Royces and Range Rovers.

But the NCA believes his jet-set lifestyle was financed by money laundering for notorious gangs.

According to investigators, Hussain has links to Mohammed Nisar Khan, a convicted murderer serving a 26-year sentence. He also used a convicted fraudster as his accountant and allegedly allowed an armed robber to stay at his seven-bedroom mansion and penthouse, the NCA says. 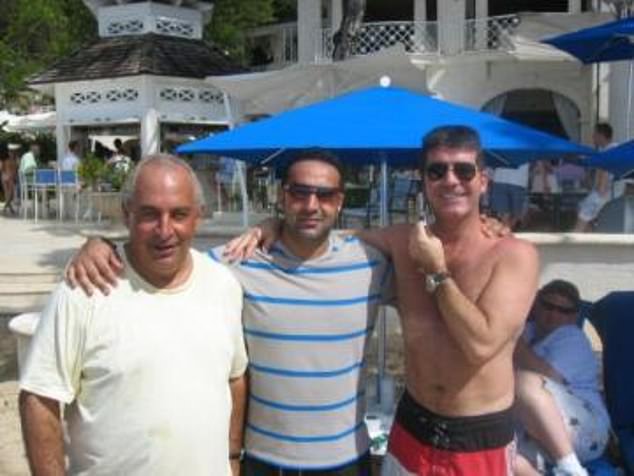 It believes he used threats of violence and blackmail to buy his properties. Investigators realised the scale of his assets only when he submitted 127 lever arch folders and a 76-page statement to explain where his money came from, inadvertently giving officers clues to make a bigger case against him.

UWOs were introduced in 2018 to give the authorities the power to look into the source of wealth of suspected criminals and politically exposed persons. The one against Hussain last year was the first to be solely based on alleged links to organised crime.

The NCA pursued the case in the civil courts, rather than the criminal courts, due to the difficulty in assembling financial evidence capable of securing a conviction.

Andy Lewis, head of civil recovery at the NCA, said while Hussain initially appeared to be a successful businessman with no convictions, there was a ‘compelling case’ he was an alleged money launderer and had links to those involved in the drugs trade.

‘We showed him the evidence and he decided to come to a settlement with us,’ Mr Lewis said. ‘He took the view that was the best action for him, rather than go to court and potentially lose all those assets.’

A settlement between Hussain and the NCA was agreed on August 24, with the High Court sealing the asset recovery order on October 2. Hussain was left with four properties, which are said to be ‘highly mortgaged’.