First, let me offer my sincere congratulations to Meghan and Harry on the news that they’re going to have another baby.

Any pregnancy is a wonderful blessing, though as Jerry Seinfeld once cautioned: ‘Make no mistake about why babies are here – they are here to replace us.’

It’s an especially joyful moment for a couple who suffered the pain of a miscarriage last summer, and as a father-of-four myself, I wish them nothing but happiness with their new addition when he or she arrives.

But I can’t have been the only one who was somewhat surprised by the manner in which we learned of this delightful development.

The statement from their spokesman, saying the couple are ‘overjoyed to be expecting their second child’, was perfectly standard.

The Duke and Duchess of Sussex are preparing to welcome their second child, a spokesperson confirmed

However, accompanying it was a photograph of Meghan lying in Harry’s lap under a tree in the Californian sunshine, with her Hobbit-like bare-footed husband grinning broadly as he cradled her bump.

Like everything they do, this picture had been very carefully choreographed. 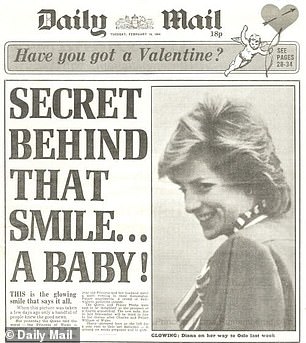 The news comes on the 37th anniversary of when Harry’s mother, Princess Diana, announced that she was pregnant with him

He took the black-and-white picture remotely with an iPad from his home in London and told Vogue: ‘With the tree of life behind them and the garden representing fertility, life and moving forward, they didn’t need any direction, because they are, and always have been, waltzing through life together as absolute soulmates. When you see people who have the connection that they have, it’s like reading the pages of a book.’

So true… if your library’s stacked with Barbara Cartland swoon-busters!

The date of the photo’s release was very deliberate too: Princess Diana and Prince Charles had also chosen Valentine’s Day to reveal they were having Harry, 37 years ago in 1984.

But it was the fact this photo was given to everyone in the media, via the Press Association, that raised my eyebrows in disbelief.

Ten months ago, Meghan and Harry declared they would now have a ‘zero engagement’ policy with four British newspapers in one of their many furious tirades against the press whenever they are criticised for doing stuff like preaching about the environment as they use Elton John’s private jet like a taxi service. 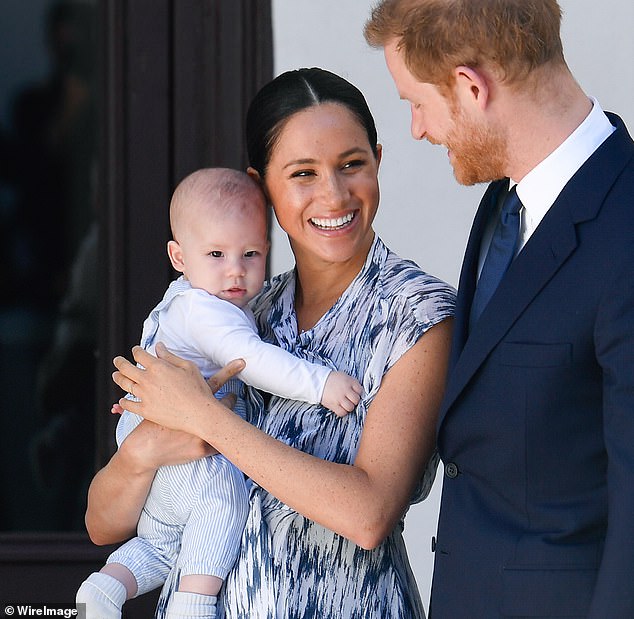 They loftily announced they would no longer have anything to do with The Sun, the Daily Mirror, the Daily Mail or the Daily Express, and all their Sunday and online versions, because of their supposed ‘salacious gossip’ about them which they apparently know to be ‘distorted, false, or invasive beyond reason.’

They insisted ‘this policy is not about avoiding criticism, shutting down public conversation or censoring accurate reporting’, in a letter to those publications (that the couple leaked to the Guardian) – although that was exactly what it was about.

The letter ended by saying the motivation for this unprecedented and heavily criticised royal attack on press freedom was that the couple no longer wished to ‘offer themselves up as currency for an economy of click bait’.

Today, the front pages of most British newspapers carried the baby announcement news along with the couple’s tree photo.

The Sun headline was ‘HARRY & MEG BABY No2’, the Daily Mirror’s was ‘Meghan & Harry: We are having baby No2’, the Daily Mail’s read ‘MEGnificent! Baby No2 for Harry and Meghan’ and the Daily Express screamed: ‘MEGHAN AND HARRY: We’re overjoyed, Archie is going to be a big brother.’

All very positive publicity, from the same papers that Meghan and Harry supposedly detest, and a perfect illustration of the couple choosing to ‘offer themselves up as currency for an economy of click bait’ when it suits them.

Why were these papers allowed to publish such an intimate photo given the ban?

It seems especially baffling when you consider that last Thursday, Meghan won a legal action against the Mail on Sunday over a letter given to them by her father Thomas – and used the victory to launch a fresh attack on the paper, its sister outlets and its parent company, for what she said were its ‘dehumanising practices’, ‘moral exploitation’ and a ‘business model to profit from people’s pain’.

In a furious rant, she raged: ‘For these outlets, it’s a game. For me and so many others, it’s real life, real relationships and very real sadness. The damage they have done and continue to do runs deep.’

(Full disclosure: I write a weekly column for the Mail on Sunday along with the columns I write like this for the Mail Online)

I personally think the case should have gone to a trial where Thomas Markle, the father Meghan has disowned, could have had his say on the matter, and we could have also got to the bottom of exactly who may have helped Meghan write the letter, or who she may have revealed its contents to.

But the judge didn’t agree, so Meghan got to have yet another whack at the press.

Which makes it even more baffling as to why, just a few days later, she would then want an incredibly revealing private photo of her and Harry and their unborn child to appear on the front page of the Mail and the front pages of all the other papers she claims to hate.

Or rather, it’s not baffling at all.

For this is yet another example of Meghan and Harry’s brazen hypocrisy, and further evidence that they don’t have any real desire for privacy.

They just want the right to use the media to promote themselves when it suits them, and trash and ban them when it doesn’t.

In fact, it’s quite clear that the pair of them crave attention and publicity like ravenous jackals gorging on the carcass of a freshly slain gazelle.

Since they quit Britain and royal duty 13 months ago, barely a week has gone by without a new grainy self-promoting Zoom chat, statement or interview being released from their Santa Barbara mansion, or announcements about their latest lucrative multi-million-dollar commercial deals with the likes of Netflix or Spotify, or leaked details of power-broker meetings with top politicians like California’s governor Gavin Newsom.

They know all this publicity is key to their success and bank balance, and they depend on the media they profess to loathe to deliver it. 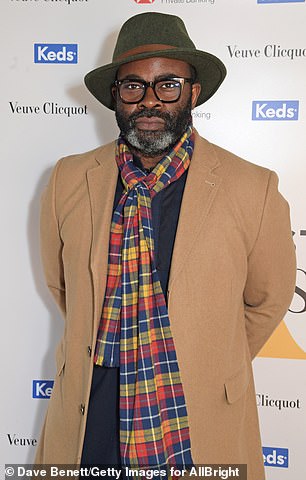 In this regard, they’re no different to reality TV celebrities like the Kardashians who don’t actually do anything for a living other than sell their ‘brand’ to the highest bidder.

It’s a self-promotional hustle and the Duke and Duchess of Sussex have proven to as effective at it as Kim and her sisters.

I just find it contemptible that they continue to exploit their royal titles in such a ruthless greedy way without doing any of the hard graft that other royals back home in the UK have to do to earn their keep.

As I’ve said many times, they want to have their royal cake and eat it, and they shouldn’t be allowed to trade off their royal connections like this.

As for privacy, do they even know what it means?

One of the numerous reasons they attracted criticism in the UK before quitting was their weird refusal to share details of their son Archie’s birth with the British public who’d just paid millions for the refurbishment of their new home.

They briefed that this was to safeguard his privacy.

Yet they didn’t give a damn about Archie’s privacy when it came to recently launching their new podcast – releasing tapes to the world of him giggling and gurgling to his parents in an effort to stimulate media interest in their otherwise rather boring woke meanderings.

In fact, they were cynically invading their young son’s privacy purely for click-bait and personal financial gain.

Just as they were happy to sign a $100 million contract with Netflix who, with latest series of The Crown, have invaded and gnawed over more royal privacy, including that of Harry’s parents, than any tabloid ever did. 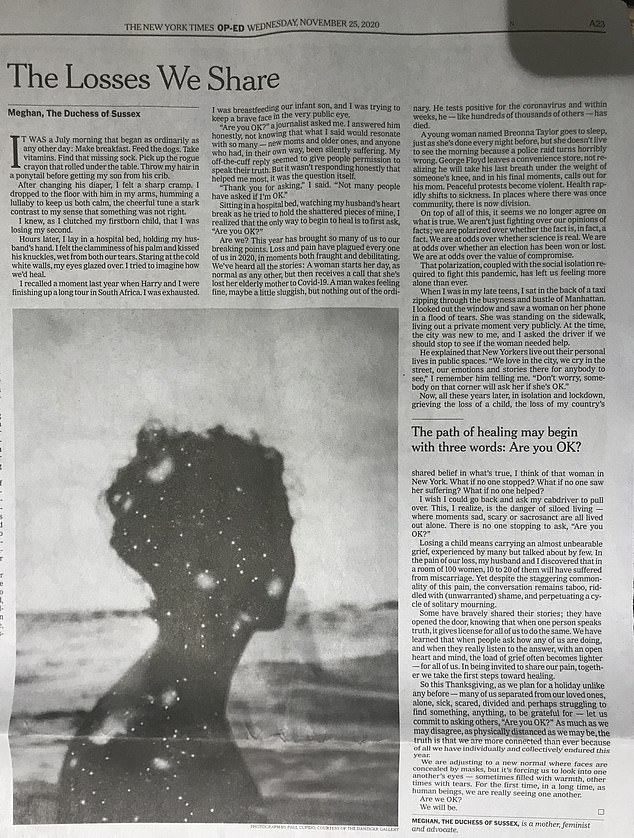 In Meghan’s New York Times article about her miscarriage, pictured, she urges people to ask others if they are ok, adding: ‘In being invited to share our pain, together we take the first steps toward healing’

I’m thrilled for Meghan and Harry that they’re having another baby.

But not as thrilled as they will be feeling about their very private photo adorning the front page of every paper that they banned for intruding into their privacy.

As I write this, I know their diehard fans – including many of the most horribly abusive people on social media – will already be screaming ‘LEAVE THEM ALONE!’ at me.

But the one thing Meghan and Harry want least is to be left alone.

They could have refused to let the papers they despise have their baby bump photo.

But they wanted it splashed all over their sworn enemy’s front pages because it will boost the Sussex brand and earn them even more money.

This decision made them look like the perfect expectant parents.

It also made them look like a right royal pair of shameless hypocrites.