Spectacular awaits are the words accompanying the giant picture of Serena Williams which currently lights up Times Square.

We will see if that proves the case when the American lines up at Flushing Meadows for what might be the last singles match of an extraordinary career.

Williams has signalled that, just shy of her 41st birthday, her time is up after 23 Grand Slam titles and enough drama to have filled anyone’s lifetime. 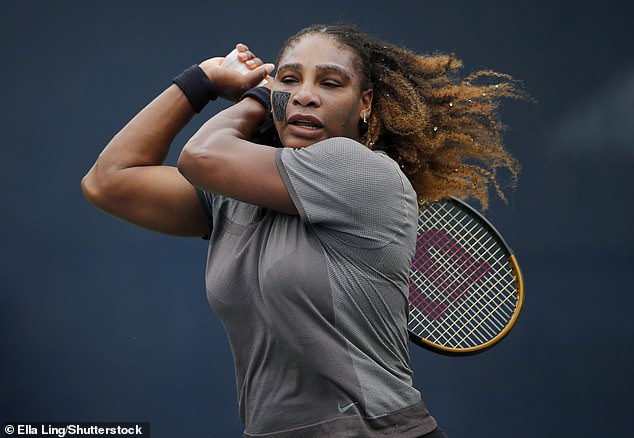 Those packing out the Arthur Ashe Stadium might not, however, witness a defining moment in tennis history.

There are few less intimidating draws that Williams could have got than Danka Kovinic, of Montenegro, and she may well live to fight another night. If not, she is also in the doubles with sister Venus.

Kovinic, the world No 80, has not won a set, let alone a match, in the three tournaments she has been restricted to by a back injury since the French Open. 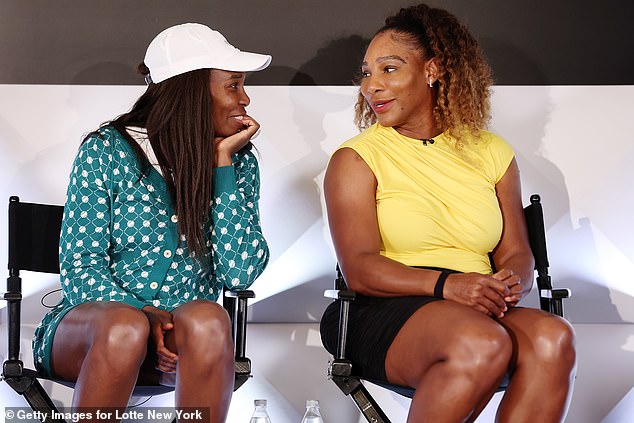 Regardless, crowds will flock for the valediction of this century’s highest-profile female athlete who has long since transcended the realm of sport, let alone tennis.

She moves in more elevated circles than the rest of the game, counting the Duchess of Sussex, Meghan Markle, among her friends (both are keen for everyone to know just how close they are).

In the sphere of tennis there is no question about Williams’s significance, even if it is more than five and a half years since she last won a Grand Slam title.

Every player in the build-up to this year’s tournament has been asked about Serena’s impending exit but nobody talked about it more articulately than the impressive Coco Gauff.

She is one of those inspired by Williams and her sister Venus, who will have a legacy of the women’s player body being far more diverse than it was 30 years ago.

‘Before Serena came along, there was not really an icon of the sport that looked like me,’ said Gauff. 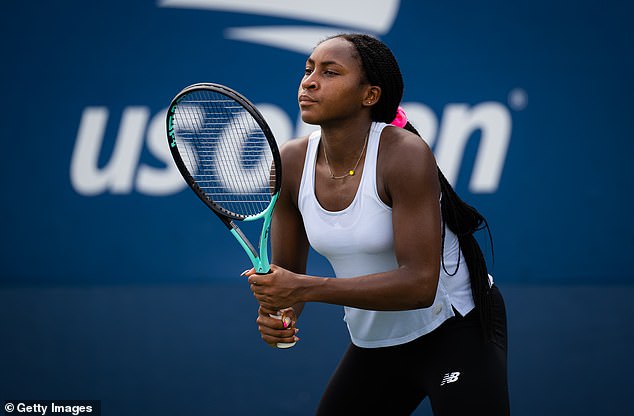 ‘So growing up I never thought that I was different because the No 1 player in the world looked like me. I think that’s the biggest thing that I can take from what I’ve learned from Serena.

‘Then also on a more personal level, I got to have a couple conversations with her later on in life. I think it’s just the way that she handles herself.

‘She never puts herself down, I love that she always elevates herself. Sometimes being a woman, a black woman in the world, you kind of settle for less. I feel like Serena taught me that she never settled for less.’

One reason for Williams playing on so long are the breaks she has taken, which have in turn diluted her ability to win more major titles and will see her marooned on 23, one short of Margaret Court.

She has only played 30 events since winning the 2017 Australian Open, including the two she has featured in this month by way of preparation (the last of which saw her well beaten by Emma Raducanu). Her lack of visibility while pursuing other interests and starting a family is why women’s tennis need not necessarily fear the future without her.

Indeed there is an argument that it might even be strengthened. For some time there has been a sense that any women’s field without Serena in it is critically diminished. Now that she is following other legends into retirement that will no longer be the case.

Yet nobody has had her pulling power, partly due to the controversies that have also punctuated her career. Some of the most prominent have occurred on the same Arthur Ashe arena on which she will bow out, such as her horrible, finger-pointing tirade at umpire Carlos Ramos in 2018.

Needless to say, it is doubtful these will be featuring large in the gushing tributes being prepared.

Within the next two weeks the women’s game will be casting around for new superstars to promote. In the US there are great hopes being invested again in teenager Gauff, who has risen to No 12 in the world and reached the French Open final. She is also being featured in the tennis promotional material which breaks out around the city at this time of year.

Raducanu is another among the number seeking to join Iga Swiatek as the one really outstanding player in the female ranks.

The champion is in the opposite half of the draw to Serena. If the two of them met in the final that would be a miracle to surpass anything seen 12 months ago.