It comes after Harry was reportedly refused permission for a wreath to be laid at the Cenotaph on his behalf today, in the latest sign of a family rift.

Prince Harry, who spent ten years in the armed forces, made the personal request to Buckingham Palace, but was refused due to the fact he had left royal duties in March, The Times reported.

The Queen was not thought to have been informed of the request or its refusal, which is said to have ‘deeply saddened’ the Duke of Sussex, the publication reports.

Discussing the couple’s visit to the cemetery in LA, a spokesman said: ‘It was important to the duke and duchess to be able to personally recognise Remembrance in their own way, to pay tribute to those who have served and to those who gave their lives,’ a statement said.

‘The couple laid flowers that the duchess picked from their garden at the gravesites of two commonwealth soldiers, one who had served in the Royal Australian Air Force and one from the Royal Canadian Artillery.’

The statement said they also placed a wreath at an obelisk in the cemetery.

‘The duke signed a message with the wreath saying: ‘To all of those who have served, and are serving. Thank you’.’ 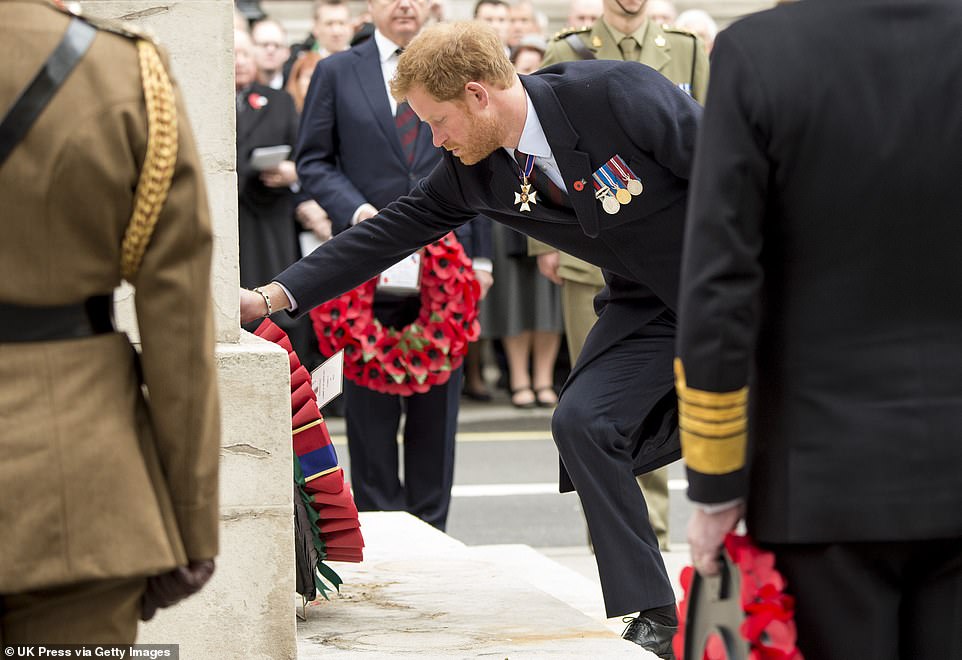 In previous years, the duke has marked the day with visits to the Cenotaph and Westminster Abbey’s Field of Remembrance. Pictured: The Duke laying a wreath on Anzac day in 2016 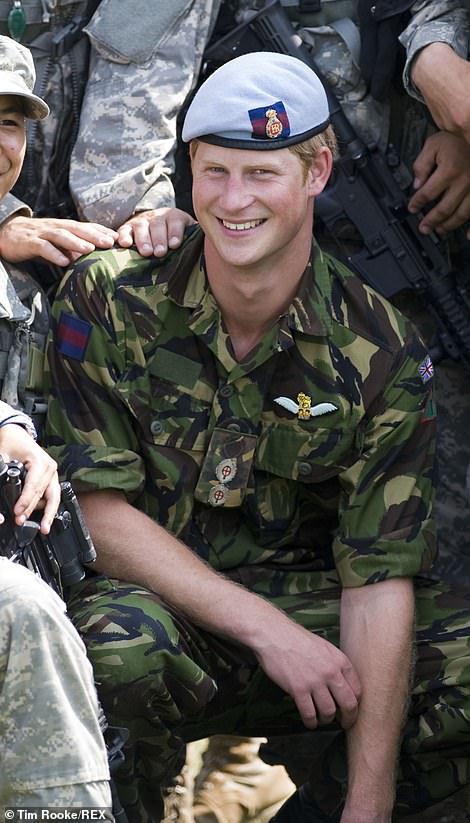 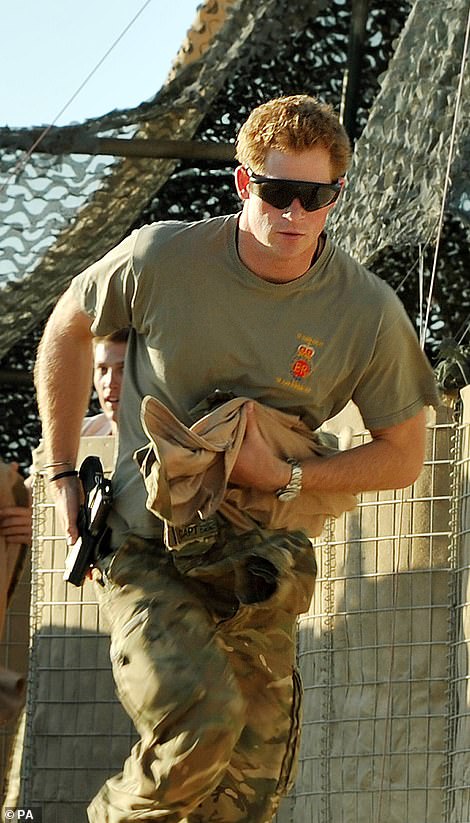 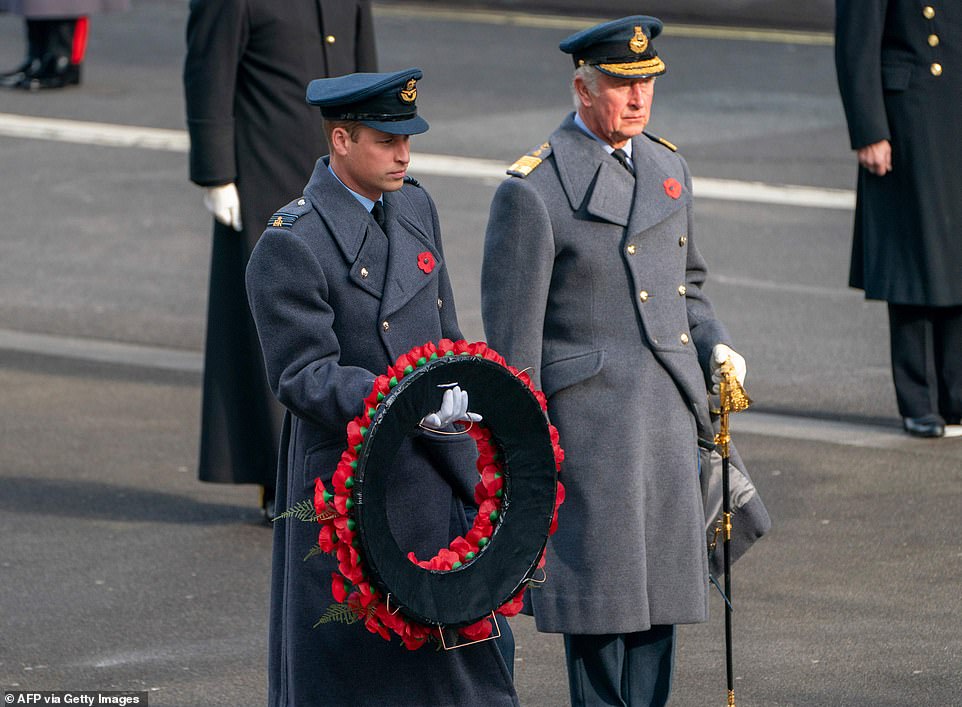 Prince Harry emphasised the importance of Remembrance Sunday during an appearance on a military podcast to mark the event, which airs today.

On the interview with the Declassified podcast, he described the day as ‘a moment for respect and for hope’.

The former royal said: ‘The act of remembering, of remembrance, is a profound act of honour. It’s how we preserve the legacies of entire generations and show our gratitude for the sacrifices they made in order for us to be able to live the lives we live today.’

In previous years, the duke has marked the day with visits to the Cenotaph and Westminster Abbey’s Field of Remembrance – he first attended the cenotaph in 2009 aged 25.

Prince Andrew, the Duke of York, is also not expected to attend the ceremony, reports The Times. 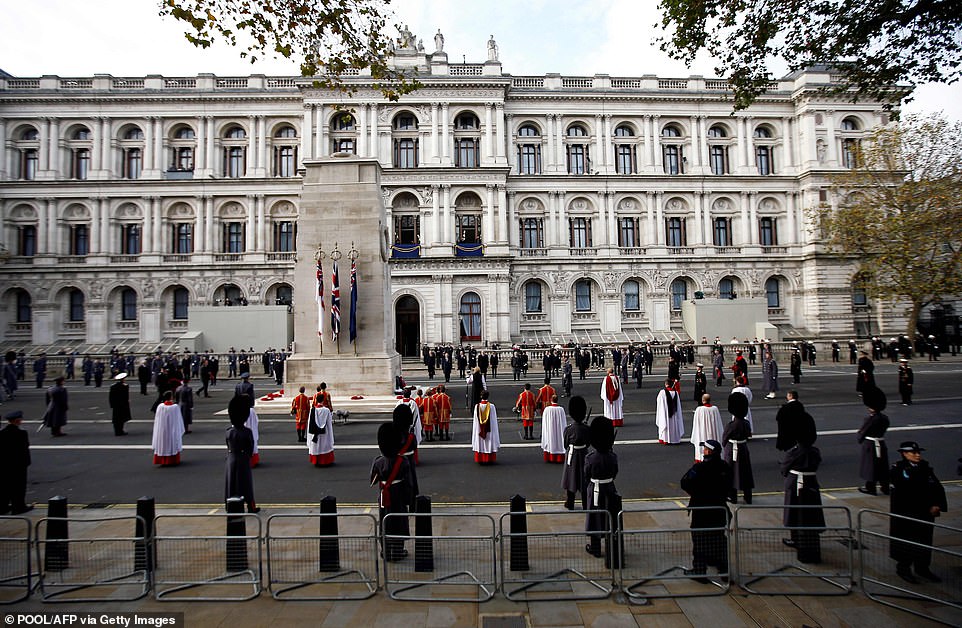 The Remembrance Sunday ceremony takes place at the Cenotaph on Whitehall in central London, on November 8, 2020 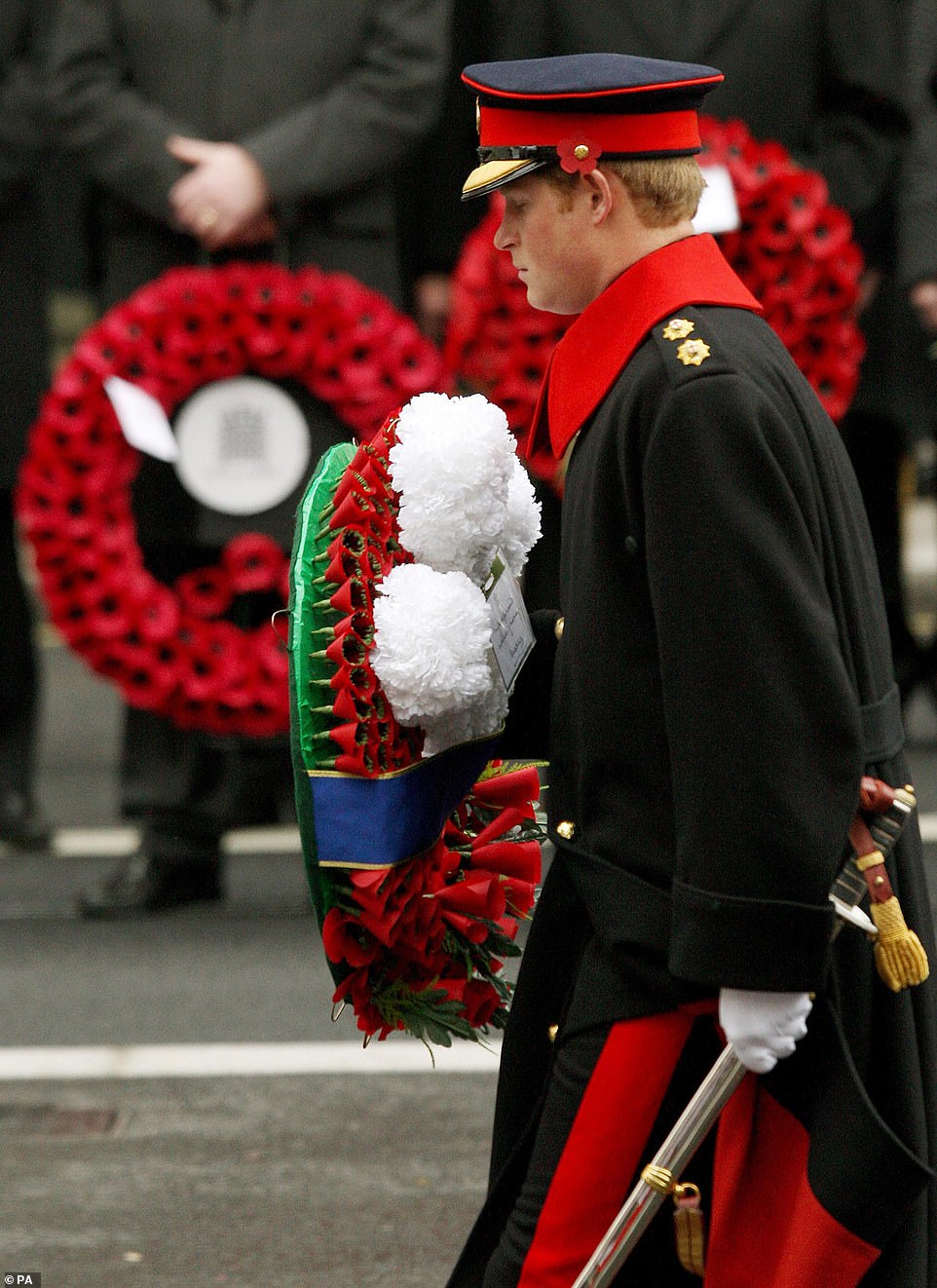 Prince Harry prepares to lay a wreath at the Cenotaph, on Whitehall, Westminster, London, during the annual Remembrance Sunday service, Sunday November 8, 2009 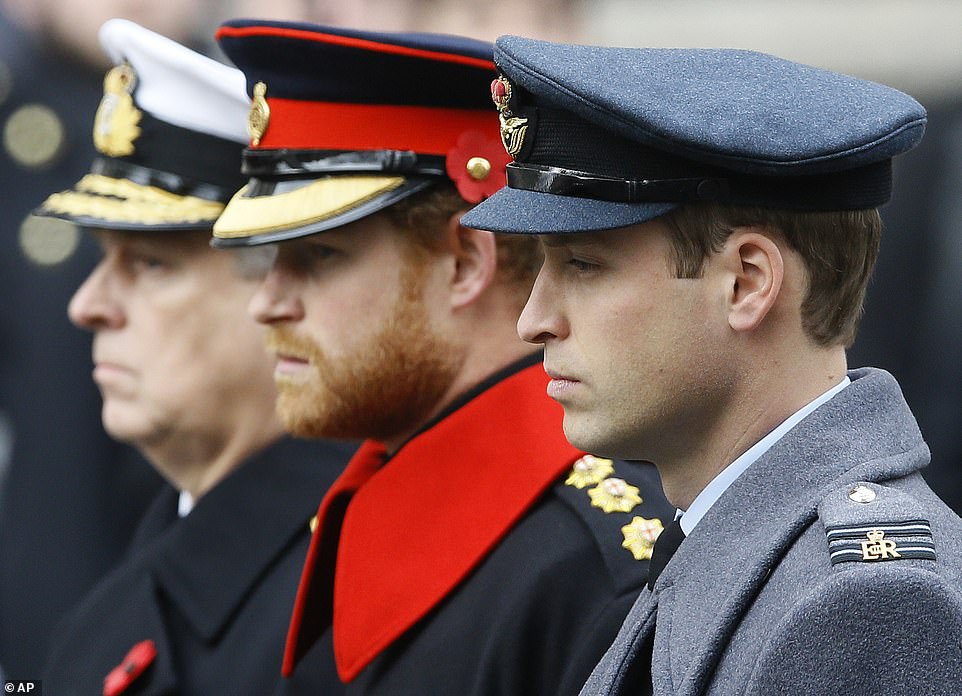 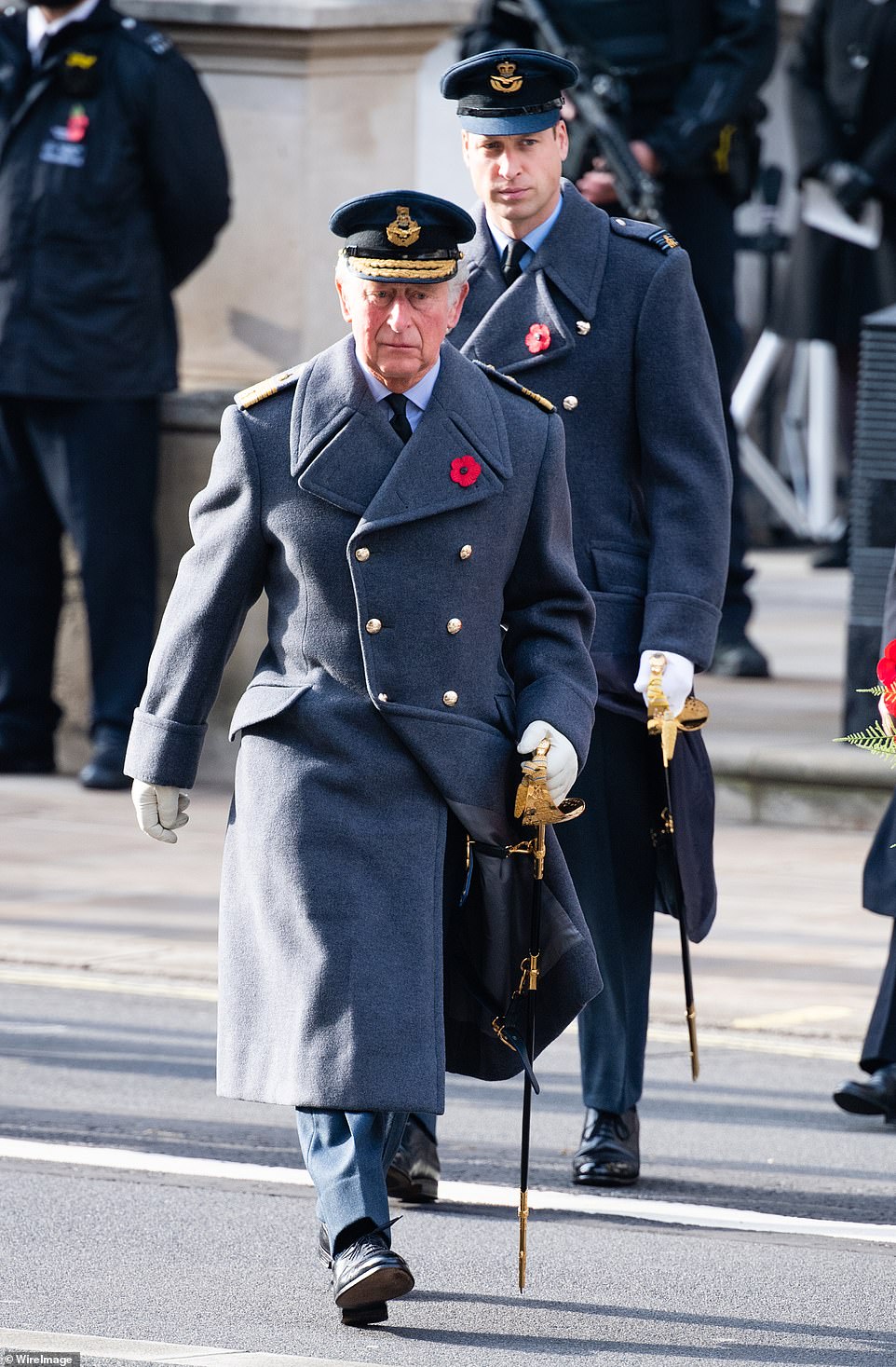 Prince Charles and Prince William represented the Royal Family at the service today, while Prince Harry remained in Los Angeles