No further action will be taken by the Health and Safety Executive over the collapse of part of a Georgian terrace in one of London’s most expensive streets.

The home was reduced to rubble and around 40 people had to be evacuated when the disaster occurred on November 2.

Construction work to build a mega-basement at the house, in Durham Place, Chelsea, had been taking place at the time of the collapse.

The house was later revealed to belong to the family of film executive Arthur Abeles, who founded United International Pictures in the late 1960s and was also the former boss of Warner Bros in Europe.

His wife Audrey, a former model, died last year and the house was owned by her and her children, including daughter Angela Ashcroft.

Now, the HSE – the government agency responsible for the regulation of workplace safety – has said it has closed its investigation and no further action is being taken.

It looked at whether individuals or companies had breached relevant legislation.

A spokeswoman said they still could not say for certain what had caused the catastrophic collapse.

Their findings – which have not been made public – have been communicated with the relevant parties.

Residents were woken up by an enormous bang on November 2 and saw that Nos 2 and 3 – which had been turned into one property – had fallen to the ground.

Durham Place was built in 1790 and formed part of a terrace of seven properties.

The author Bram Stoker – who wrote the Gothic horror novel Dracula – moved to a small flat at 4 Durham Place in 1907. 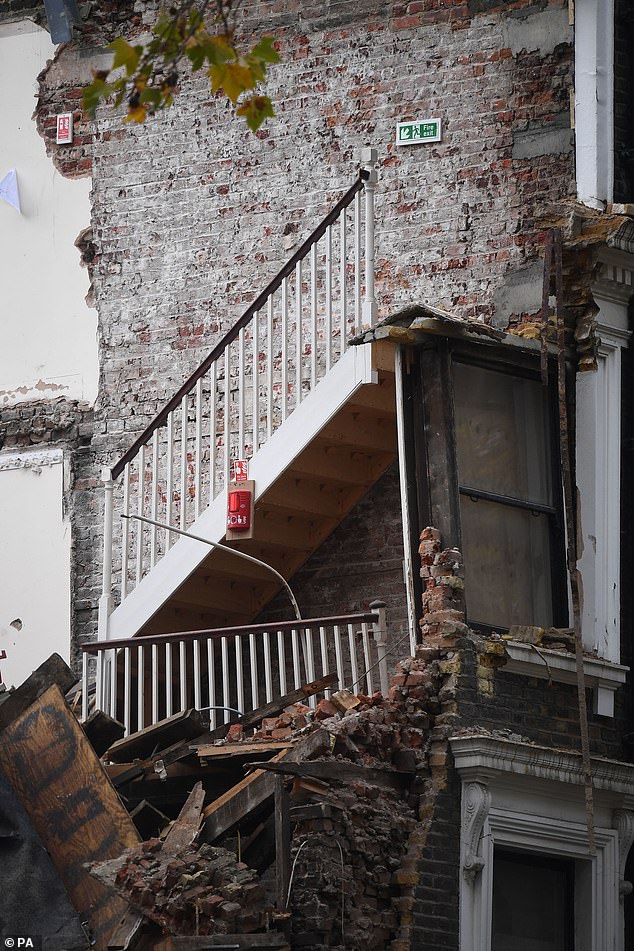 The home, at Durham Place, Chelsea, was reduced to rubble and around 40 people had to be evacuated when the disaster occurred on November 2 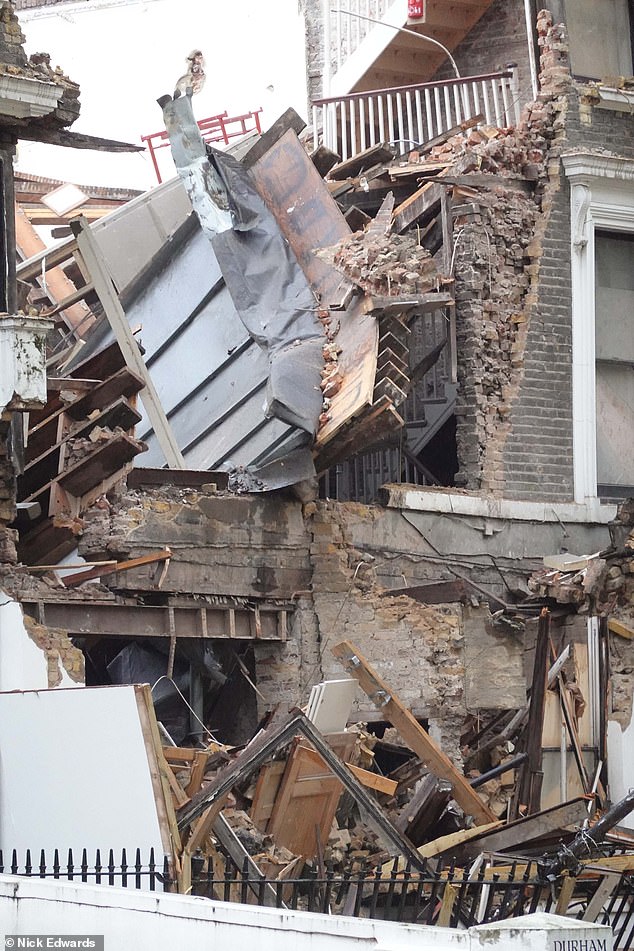 A planning application, approved in 2018, had been granted for works to the lower ground floor, including an extension and terrace above.

Documents say: ‘Originally constructed as separate houses numbered 2 and 3, the property was at some stage in the past altered to make a single-family dwelling.

‘To unite the properties, openings were formed in the party wall at each storey level, and the staircase to number 2 removed and resulting floors openings floored over.

‘A picture window and a brick spandrel were inserted to replace the original front door at number 2.

‘A similar operation was carried out at numbers 5 and 6, uniting the two properties into a single dwelling.’

A neighbouring property was also granted permission for a basement extension. 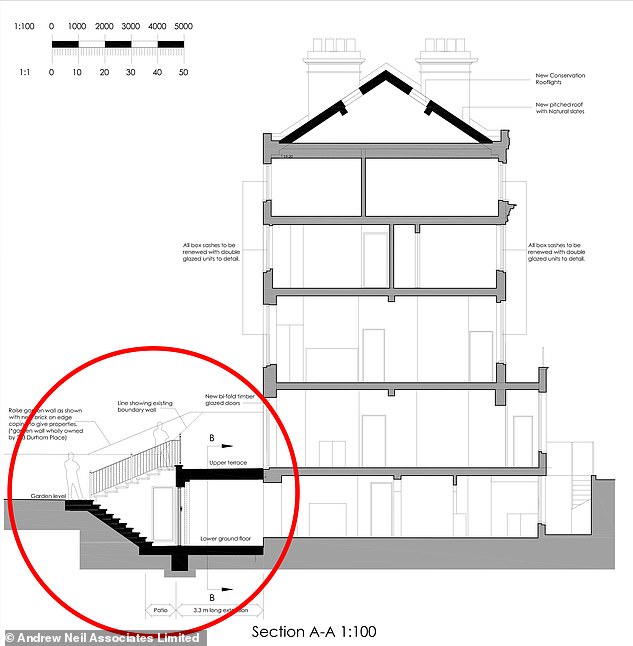 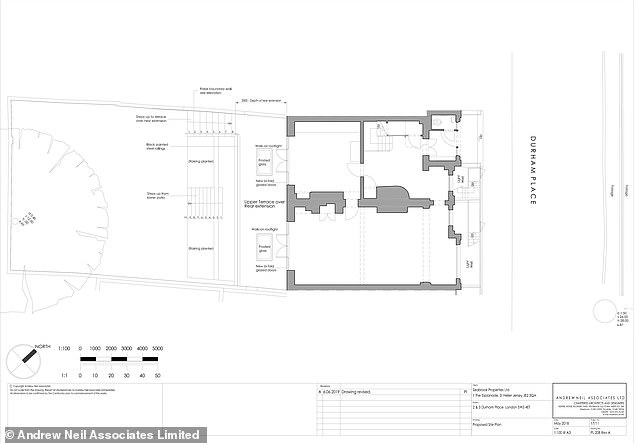 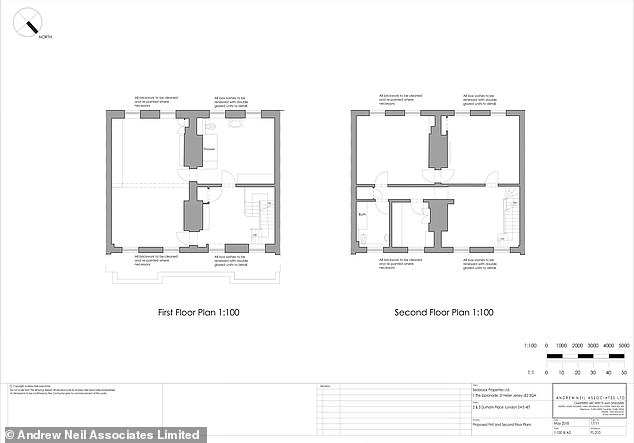 The owner of the property, Mrs Ashcroft, told The Times shortly after the collapse that home was in the process of being modernised.

She added: ‘I have lived in that house from the time I was born until my late twenties and it was a very special house.’

Homes in Durham Place, a short distance from the Royal Chelsea Hospital, sell for over £10m.

Many of the four-storey properties overlooking a private green are converted into flats. 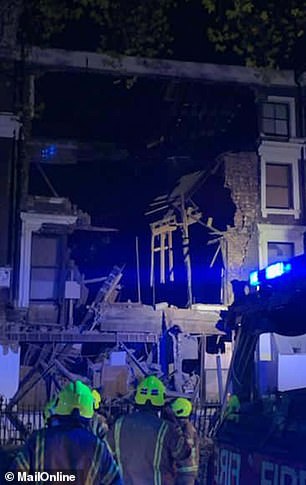 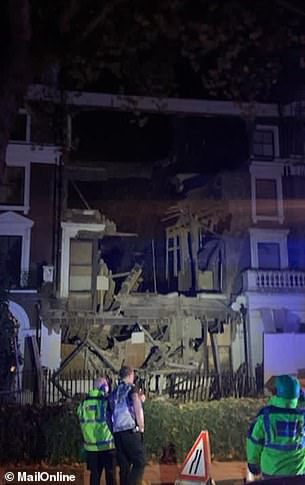 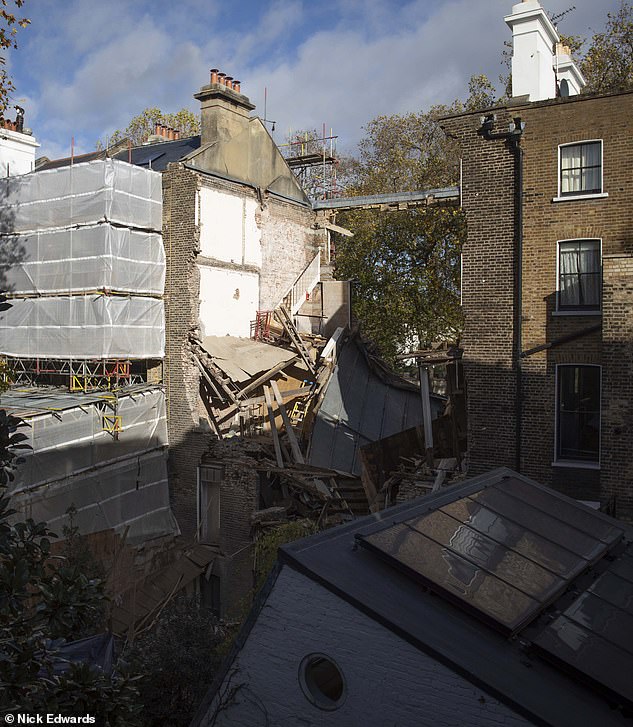 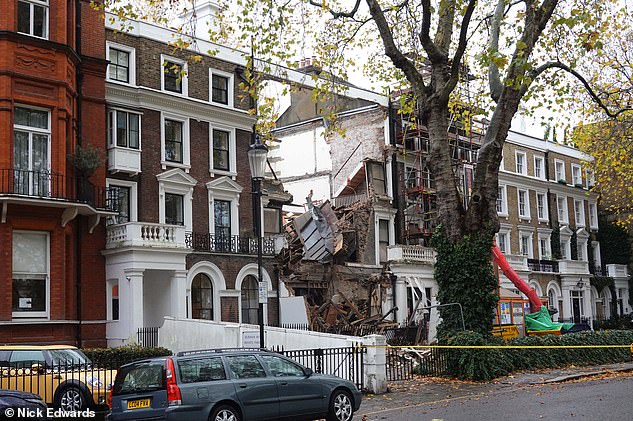 The neighbourhood has been home to super-rich businessman and celebrities as Roman Abramovich, Amanda Eliyash and Mick Jagger.

Land registry documents show the freehold of property is owned by Seabrook Properties Limited, which was set up in the British Virgin Islands.

‘Reinstatement of pitched roof and 8 no. conservation rooflights. Brickwork replaced.’ 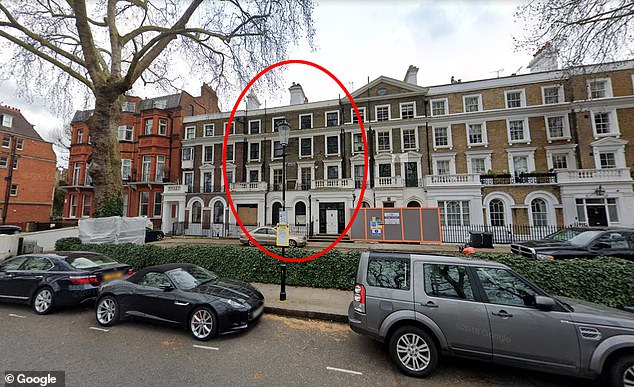 The Royal Borough of Kensington and Chelsea had warned at the time ‘Advice should urgently be sought if a problem occurs during approved works’.

Mr Abeles and his wife began an affair while she was still married to her previous husband. The relationship caused something of a stir in early 1950s London.

Mr Abeles died in May 2000 after jointly founding Film Marketeers, which helped to develop Britain’s first multiplex theatre – the Point in Milton Keynes.

When contacted by MailOnline after the building’s collapse, Ms Ashcroft refused to comment.