Plant-based proteins will not boost muscle health as much as eating meat as we get older, a study suggests.

Researchers found that animal protein is more effective than plant protein in preventing muscles wasting away.

The UK has 600,000 vegans and many have joined the booming trend for health, animal welfare or environmental reasons.

A meat-based diet is better for bone development compared to plant-based proteins adopted be vegans, a new study has suggested

But the study found that vegans would need to eat a lot more grains, pulses and beans if they want to get the same benefits that meat, dairy and eggs offer to ageing bodies.

The researchers from King’s College London suggest people should eat a balance of both animal and plant proteins.

The report said: ‘While we know plant-based diets are beneficial for the environment, we don’t know how healthy these diets are for keeping muscles strong.

‘Transitioning from an animal-based protein diet to a plant-based diet is likely to be detrimental to muscle health during ageing.’ 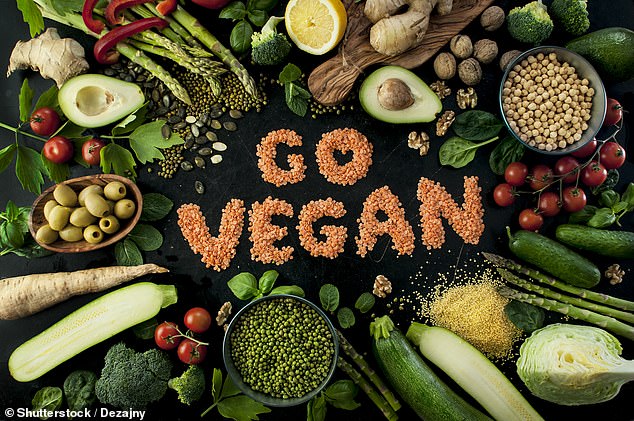 There are 600,000 vegans in the UK but this group is more likely to feel effects of ageing bodies by not eating a meat-based diet

Muscles are kept strong by amino acids, bolstered during exercise or from animal proteins and as the body ages, it needs extra help in preventing muscles from wasting.

Plant-based proteins can do the same but the quantity needs to be a lot higher to have that effect, said lead researcher Oliver Witard.

While vegans have ditched meat and dairy for a number of reasons – including health, animal welfare and to protect the environment – the study suggests they may be better off balancing their diet with both animal and plant proteins.

Witard and colleagues conducted tests on volunteers given either animal based proteins or soy and wheat based alternatives and studied isotopes, blood sampling and muscle biopsies to see how well the muscles were building up from amino acids. 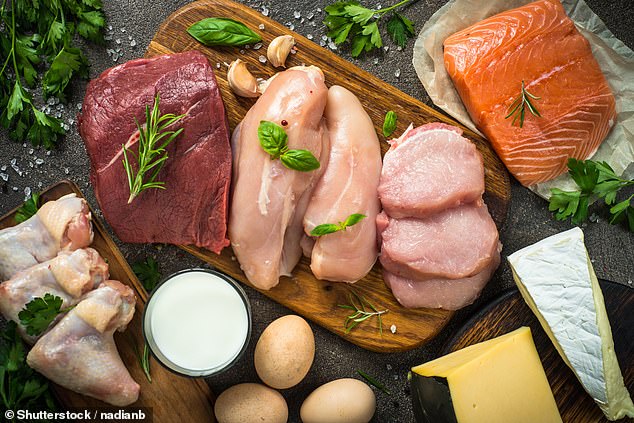 The full findings are due to be presented at a virtual conference of The Physiological Society this week.

Witards report said: ‘The number of vegans in the UK has quadrupled since 2006, meaning that there are around 600,000 vegans in Great Britain.

‘A more balanced and less extreme approach to changing dietary behaviour, meaning eating both animal and plant-based proteins, is best.’

Further tests on alternative plant based proteins such as oat, quinoa and maize are to be carried out to see if they are more effective on a gram for gram basis.

Witard added: ‘This research challenges the broad viewpoint that plant proteins don’t help build muscles as much as animal protein by highlighting the potential of alternative plant-based protein sources to maintain the size and quality of ageing muscles.’