Think back to childhood and you may recall those classic legends of King Arthur and his Knights of the Round Table.

One of many enduring Arthurian tales – Sir Gawain and the Green Knight – explored the eponymous young hero taking part in a challenging test.

Well, ahead of first customer deliveries next month, I’ve just enjoyed my own first opportunity to put to the test the new two-seater McLaren Artura hybrid supercar, which is also surprisingly green and may itself be well be on its way to becoming an Arturian legend.

The new two-seater McLaren Artura hybrid supercar is priced from £189,200

For despite being able to accelerate with scintillating power from rest to 62mph in just 3 seconds up to a top speed of 205mph the super-lightweight Artura also enjoys remarkably green credentials.

Claimed fuel economy for this supercar is a remarkable 61.5mpg – prompting the firm to claim the Artura as ‘the most fuel efficient McLaren ever produced’. In keeping with that, CO2 emissions are just 104g/km – on a par with some superminis.

Priced from £189,200 (those who got in early benefited from a lower price of £185,500, which the firm has honoured has honoured) McLaren has hailed it as the start of ‘a new chapter for the pioneering supercar company and a new era in supercar technology and performance.’

But if you can afford the car, the cost of living crisis may not be as much of a problem as it is for drivers of average family hatchbacks.

The Artura’s top speed is electronically limited to 205mph. However, in electric-only zero-emissions mode it will cover up to 19 miles at speeds of up to 81mph.

But that’s not the end of the story. As a petrol-electric hybrid, it also generates and harvests extra power from braking and cruising en route, helping achieve that claimed average fuel economy in excess of 60mpg. 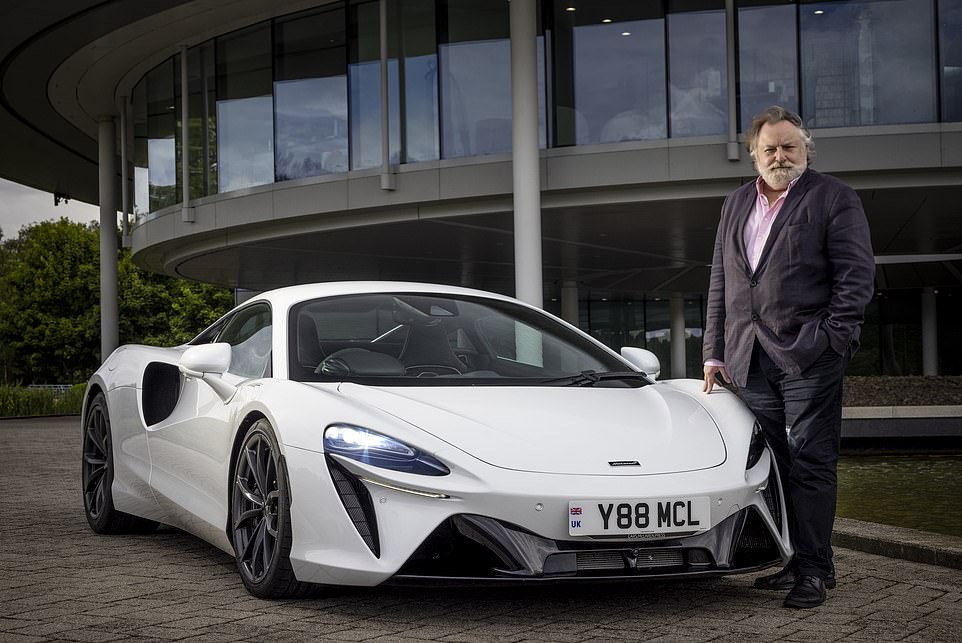 ‘For all its supercar box-ticking, it is not at all intimidating and very easy to use and live with,’ says Ray Massey of the new Artura

McLaren Automotive says the arrival of the Artura marks ‘a landmark moment’. So, does it live up to the billing?

It’s certainly a supercar for the big occasion. I collected mine from McLaren’s futuristic, pristine MTC technology centre overlooking a landscaped lake and Horsell Common, on the outskirts of Woking in Surrey, with the hi-tech factory that built it right next door on the same campus-like site.

Stepping inside the Artura is an eye-catching performance in its own right, thanks to the two swing-up dihedral doors looking like raised insect wings.

Pull-in the stomach muscles – it’s great for developing abs – slide and settle into the comfortably sporty and high-backed seats, foot on the brake (part of the safety set up) , press the start button, into ‘D’ for drive and away we go.

But for all its supercar box-ticking, it is not at all intimidating and very easy to use and live with. 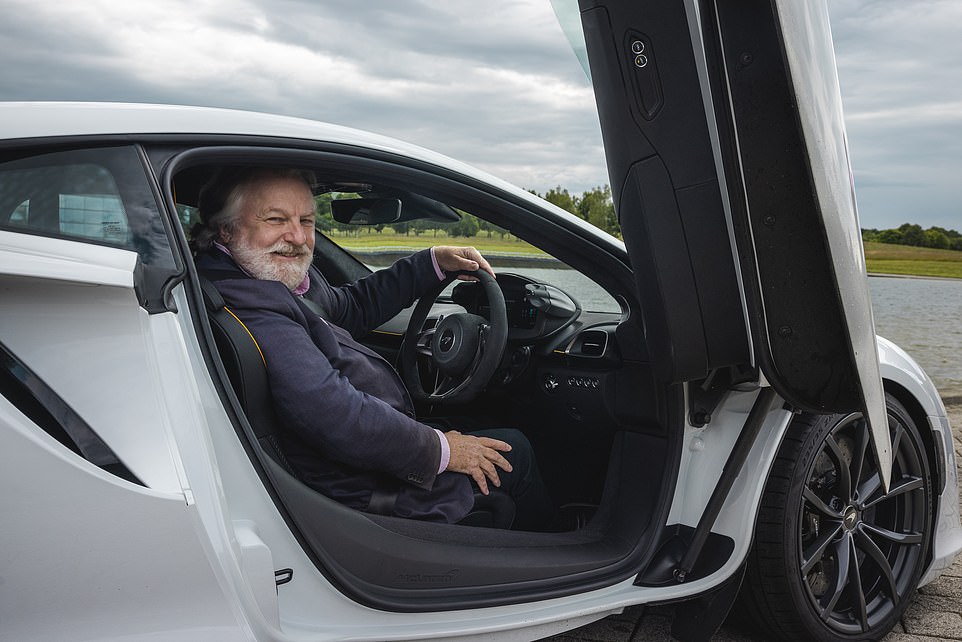 The version Ray Massey drove was based on the standard car but had around £20,000 of extras pushing the final price to around £210,000

It’s certainly an adventurous car in which to enjoy the romance of the open road and the challenges of modern-day traffic, where behaviour is often far less than chivalrous.

There are four or driving or performance modes: Electric, Comfort, Sport and Track. These are configured by a large rotating switch on the upper right side of the driver’s main dashboard binnacle. You can also choose your preferred suspension setting via a similar switch on he left.

Electric mode is great for gliding smoothly and silently through small villages or urban landscapes. Unless you feel the need to announce your presence by going into sport mode and revving up loudly, it’s a much more sophisticated and stylish way to travel.

It’s nimble and planted on twisty country lanes, with plenty of grip and balance. But you really do feel the power and energy when opening up on a motorway or dual carriageway. 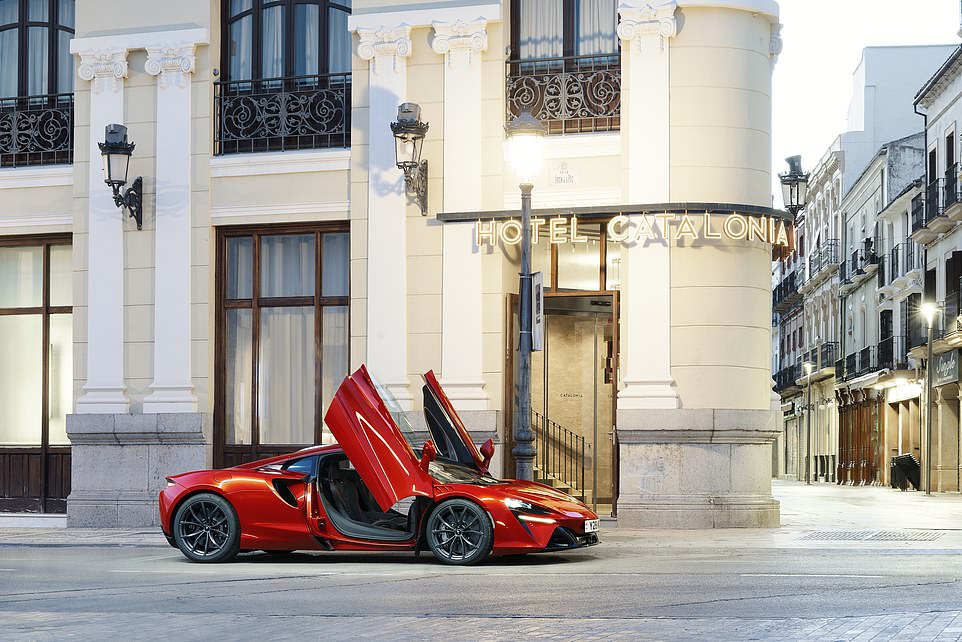 It is powered by a petrol -electric hybrid powertrain combining a 585 horsepower 3.0 litre (2,993cc) twin-turbo-charged V6 petrol engine with a 95 horse-power electric motor generating a combined 680 horsepower – equivalent to nearly seven Ford Fiestas on the traditional Massey-ometer – and linked to an 8-speed SSG transmission.

Lightning fast acceleration and razor-sharp throttle response mean 0 to 60mph acceleration in just 3 seconds, and the 0 to 62mph time is the same.

Beyond the standard car in the range, there three other enhanced versions – Performance, TechLux and Vision – add around £3,500 to the list price. But with a huge palette of added extras, most cars will sell for comfortably in excess of £200,000.

The Artura I was driving was based on the standard car but had around £20,000 of extras pushing the final price to around £210,000. 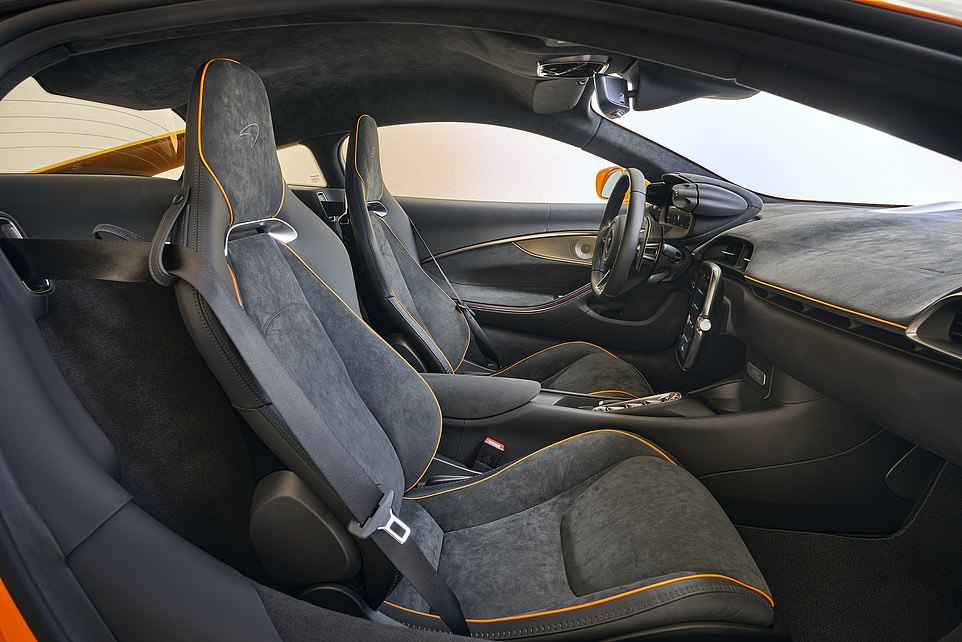 For driving, most key controls accessible from the steering wheel. The new 8-inch high definition touchscreen looks like a large watch complete with side wind-up mechanism. It allows the driver to configure assistance systems and to ‘mirror’ their smartphone. Software upgrades for the car are possible over the air.

When it comes to parking up, side cameras give you a good view of the kerb – which helps avoid scuffing those expensive alloys.

With a tight ‘shrink-wrapped’ appearance, the new Artura is gunning for rival Continental supercars, including the Lamborghini Huracan, Maserati MC20 and Ferrari F8 Tributo.

Despite its low-slung appearance, there’s plenty of space and headroom and McLaren say it will easily accommodate a driver or passenger up to 6ft 4 inches tall.

The new mid-engined Artura is the first model to be built on the firm’s new lightweight carbon architecture created in-house at the company’s new McLaren Composites Technology Centre near Sheffield. 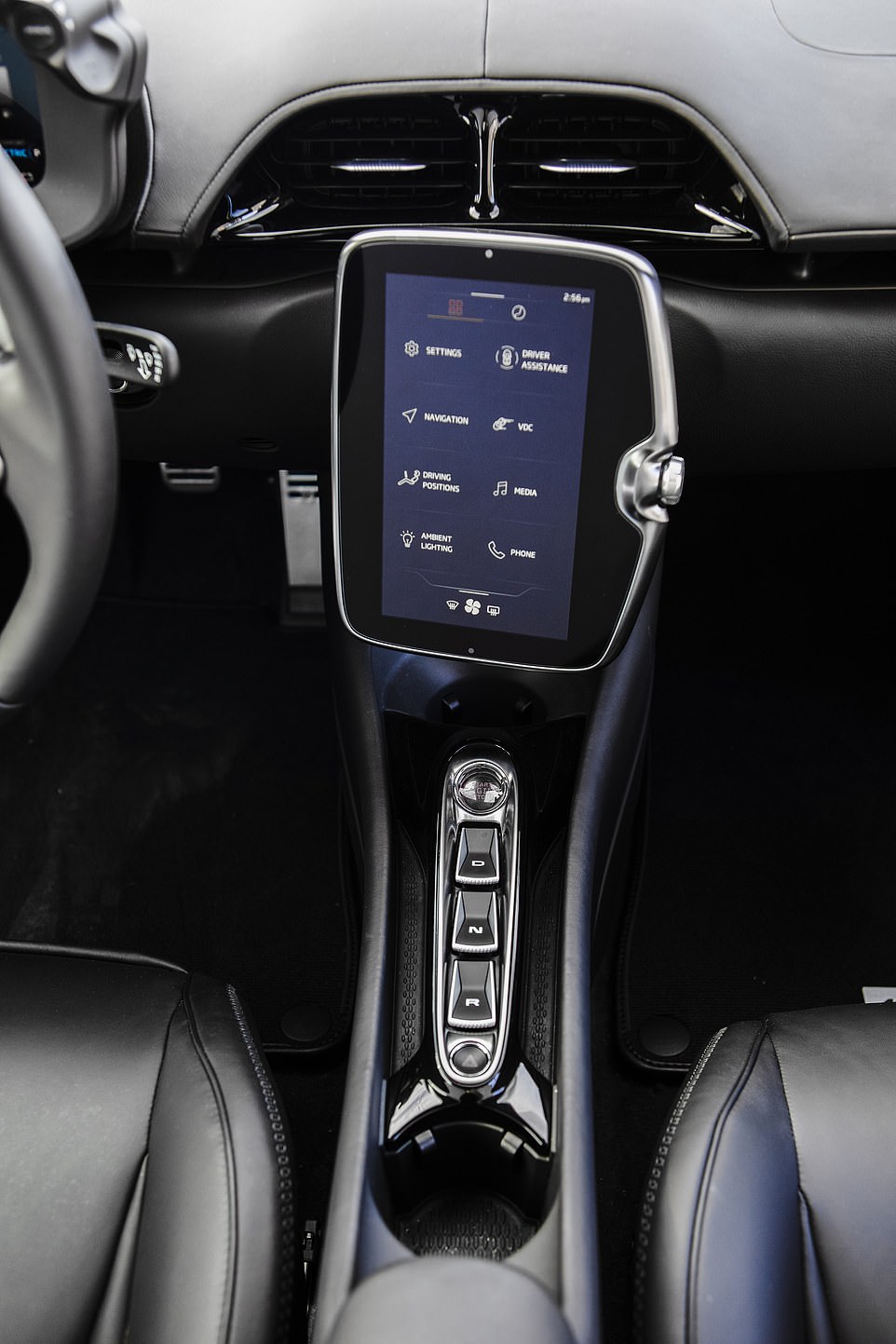 There are four or driving or performance modes: Electric, Comfort, Sport and Track

The Artura also marks the debut of a new Clubsport seat for added cossetting comfort for even the tallest of drivers. McLaren said it ‘uniquely combines the range of motion expected of a moveable backrest with the light weight and support of a bucket seat.’

It explained: ‘The whole seat pivots as one through an elliptical arc when adjusted, combining under-thigh support, seat height and backrest in one movement.’

It promises to allow a driver measuring 6ft 4in (193cm) ‘to stretch out with generous knee and leg-room, even with the backrest significantly reclined.’

You won’t quite fit in it wearing a suit of armour, but that will be good news to taller supercar buyers, or those who have expanded as they’ve earned their money over the years.

Disappointingly for my flight of fancy, McLaren suggests the Artura name itself has no link to King Arthur or Athurian legend, but is a broad composite construct derived from Art and Future. There’s even been a stunningly painted art car produced by artist Nat Bowen.

I’m not so sure. I suspect subliminally someone had the Arthurian legend in the back of their mind.

According to that legend, when Britain is in peril, King Arthur and his knights will return to help defend the nation.

Keep your eyes peeled. You’ll soon be seeing Arturas on the road.

McLaren Artura: Will it fit in my garage? 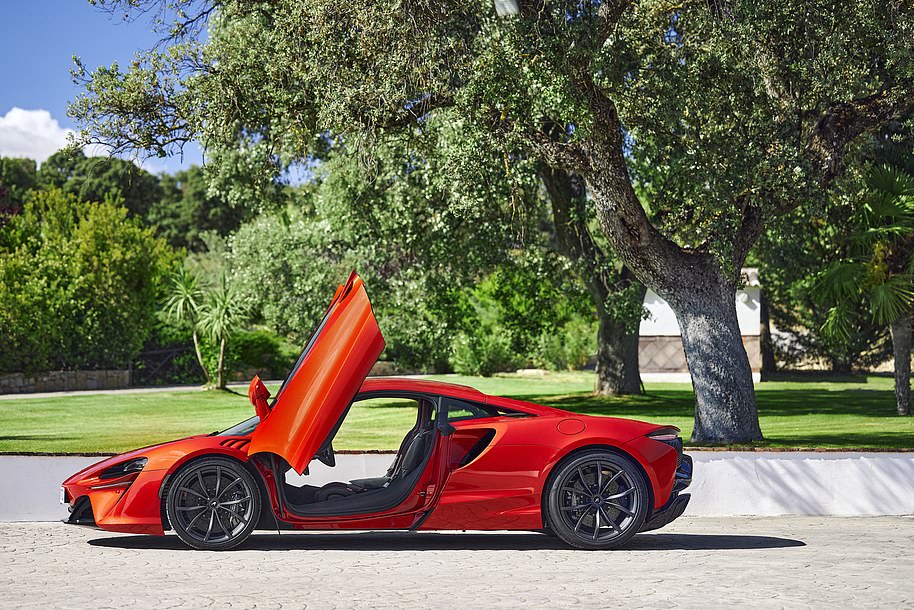 There are four specifications – standard Artura, Performance, TechLux and Vision