High school students vaping and causing mischief in the dining area of a McDonald’s restaurant forced the franchise to shut down its dine-in section for an entire week as staff struggled to control the rowdy teens.

Point Cook McDonald’s, in Melbourne’s southwest, posted a sign at the entry of the fast food restaurant last week explaining dine-in services would not be available between the hours of 3pm to 5.30pm, due to the anti-social behaviour of youths.

The note said that workers had been subjected to abusive behaviour at the hands of the high school students, who also destroyed property and terrorised customers.

‘Due to the actions of some school kids from the surrounding secondary schools who are vaping in our restaurant, vandalising our property and displaying aggressive and threatening behaviour towards our staff, we have had to close our dining room from the afternoon onwards and we will only be trading via drive thru,’ the note said.

‘Sorry for the inconvenience.’

The restaurant dropped the ban at the weekend but is reportedly looking into hiring security guards to be ready for any future issues.

The note claimed that workers had been subjected to abusive behaviour at the hands of the high school students, who also destroyed property 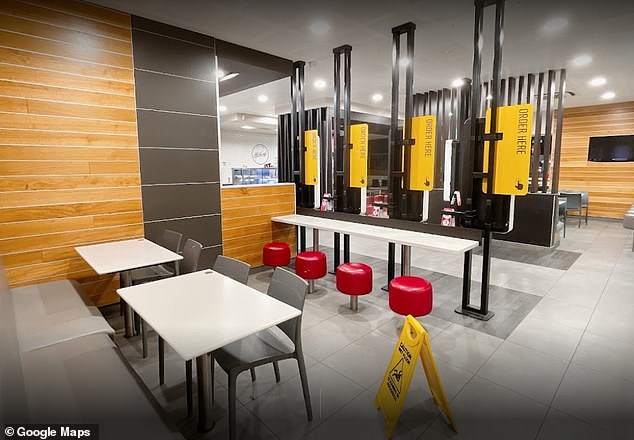 Point Cook McDonald’s, in Melbourne’s southwest, shut down dine-in services from 3pm to 5.30pm due to the anti-social behaviour of youths

Locals who were there when the drama unfolded last Sunday flooded social media with support for McDonald’s, saying some youths in the area were getting ‘out of control’.

‘They were not in uniform but they were sitting there vaping, running around in the restaurant, kissing etc,’ one person claimed.

‘This is not good for business. But as young as they are, in Grade 7 or 8, we can’t touch them and they knew it. Restaurant manager can’t even tell them to move.

‘This behaviour is not good for new generations!’

A McDonald’s spokeswoman confirmed the dining area was shut between Monday and Friday last week in an attempt to ‘restrict loitering and anti-social behaviour in our restaurant’.

‘These measures were taken to protect the safety of our customers and crew, which is our top priority. We have reported this behaviour to the police,’ the spokeswoman said. 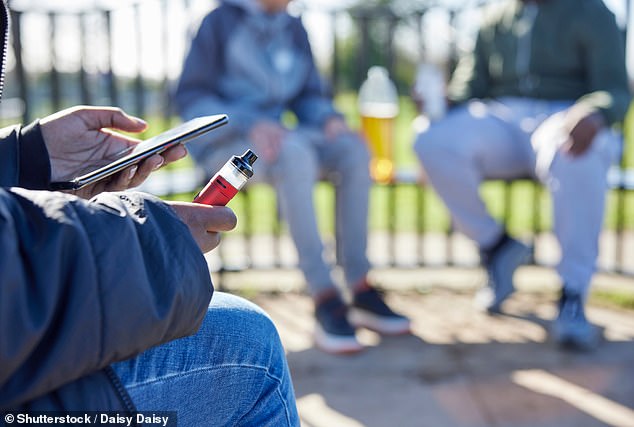 Locals who were there when the drama unfolded last Sunday flooded social media with support for McDonald’s, saying some youths in the area are getting ‘out of control’ 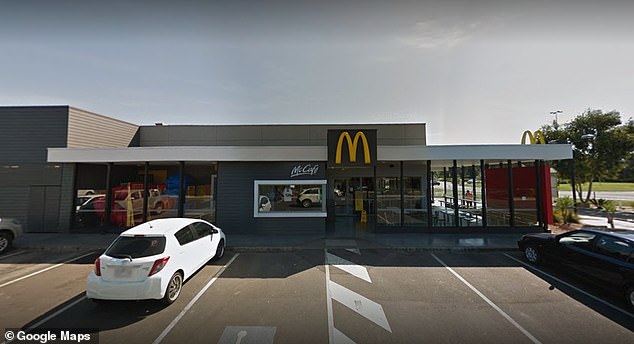 The fast food chain said its top priority was s the safety of their customers and crew, and that it was now working with police to solve the issue

Another diner said: ‘I was biting my tongue and wanted to tell them to have some respect!’

Those living in the area claimed youths were also wreaking havoc at other popular locations.

‘They were vaping in Sanctuary Lake Shopping Centre too on Sunday arvo,’ one commenter said.

Another wrote: ‘KFC need to do the same thing. Highschool kids screaming around like little two-year olds and people can’t enjoy their meal.’