Gaetan Haas scored the eventual game-winner for the Edmonton Oilers in a 2-1 win Friday over the host Calgary Flames.

Defenceman Rasmus Andersson scored for Calgary (8-8-1). David Rittich made 23 saves in his third start of the season.

The Flames gave Jacob Markstrom the night off after he started seven games in a row and 14 of Calgary’s first 16. 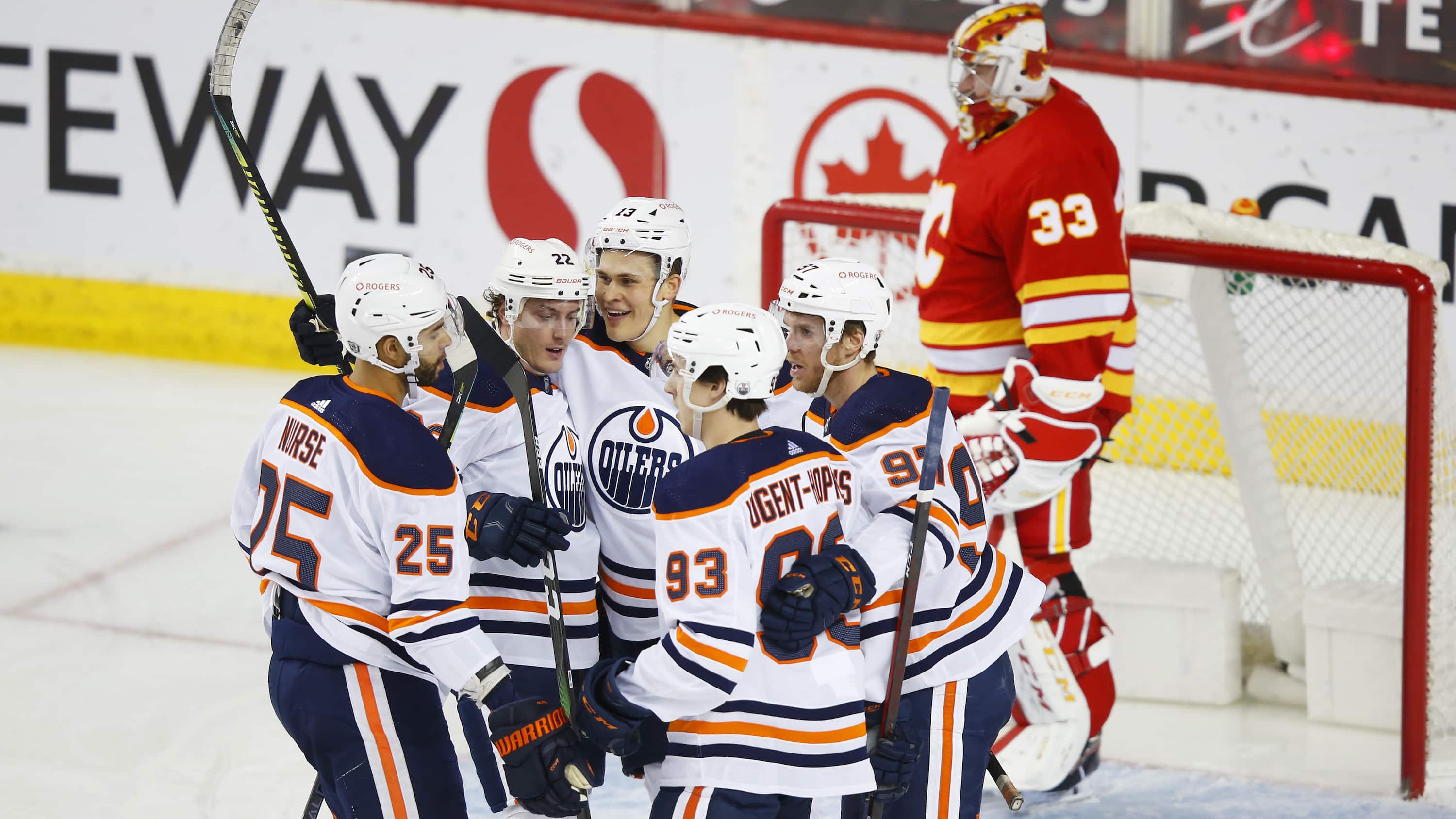 The Oilers knotted this season’s Battle of Alberta at 1-1 ahead of Saturday’s rematch in Edmonton.

The two clubs combined for over 100 minutes in their final clash last season, but the provincial rivalry has been slow to boil in 2020-21.

Calgary centre Sean Monahan was scratched with a lower-body injury, which shifted Johnny Gaudreau to a line with centre Elias Lindholm and right-winger Dillon Dube.

Rob Pizzo catches you up on the week that was in the all-Canadian division in the NHL. 3:48

Haas made it 2-0 for the visitors at 17:55 of the second period. Andersson halved the deficit 45 seconds later.

Gaudreau deked Tyson Barrie in the corner and dished to Andersson to beat Smith’s glove with a wrist shot.

Rittich made the initial save on Haas, but was tangled with a prone teammate Noah Hanifin when Haas chipped the puck over the goalie’s right pad on a second effort.

Calgary trailed after the first period for the 10th time in 17 games.

Barrie skated the puck down low to stretch Calgary’s defence and fed an all-alone Puljujarvi on Rittich’s doorstep at 5:41 of the first period.