Max Verstappen has revealed that he may walk out of Formula One at the end of his current deal.

The 24-year-old world champion is signed up on a £40-million-a-year contract that ties him to Red Bull until 2028, taking him just beyond his 31st birthday. But, sitting on the team’s floating platform on Monaco harbour, he talked for the first time about retirement.

‘The plan is to stay here until 2028,’ said the Dutchman, who leads the championship going into this weekend’s fabled chase around this cramped principality.

‘I am not planning on changing teams. I am happy here and they are happy with me. But I have not made up my mind what I will do after 2028. I might stop.

‘I have been in Formula One since I was 17. It has been a long time. I have done a lot of seasons in F1.

‘I may want to do different stuff. By 31, I don’t know whether I will have peaked or where the drop-off in performance may have occurred.

‘I want to do other types of races — endurance racing, for example. Maybe I will have had enough of travelling all the time. Maybe I will want an easier life and just to do the races I like.

‘Whenever an opportunity comes to win a championship, you want to take it. If I am in a fight in 2028 it may be stupid to suddenly stop. It is difficult to know.’

My goodness, how this sort of talk ages us all, but Verstappen came so young into this world that he raced in Formula One before he was licensed to drive on the roads in Belgium, where he then lived.

He is also 13 years junior to the Englishman he pipped to the title last year, Lewis Hamilton. 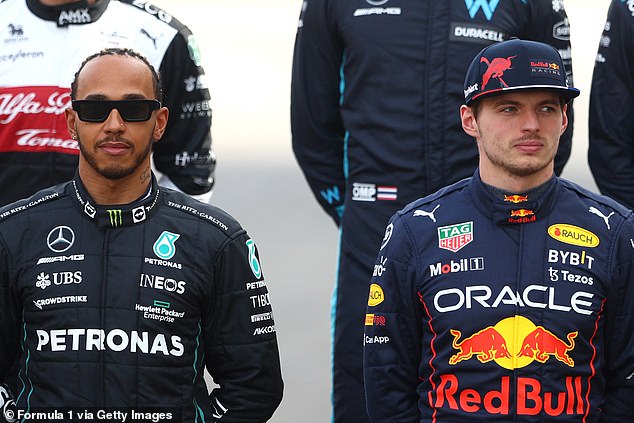 They both live in Monaco — well, Hamilton does nominally, though he seems to spend a weighty chunk of his downtime in the United States.

Verstappen points beyond the Grimaldi Palace, high on the rock that stands sentry over the race track, towards his apartment in a quiet area on the outskirts of a country smaller than New York’s Central Park.

Hamilton’s pad is not especially close by and they have not met to break bread as the Englishman unconvincingly suggested they would during the acrimony of their title fight in 2021.

They are opposites in character — Verstappen homespun; Hamilton a globetrotting ‘sleb’ — and when last season’s victor said on Friday of the vanquished that they get on ‘absolutely’ fine now, it is a comment that should be served with a pinch of sodium chloride.

‘I wouldn’t say you forgive and forget but as a driver you do forget,’ said Verstappen, who claimed his title at the final round in Abu Dhabi in December. ‘What happened in the past you forget and you focus on what is ahead. We haven’t really talked about last year. It is in the past.’

Verstappen can afford a nonchalance about Hamilton for his fight is not with him this season. The champion has won four of six races so far and now leads Ferrari’s Charles Leclerc by six points. 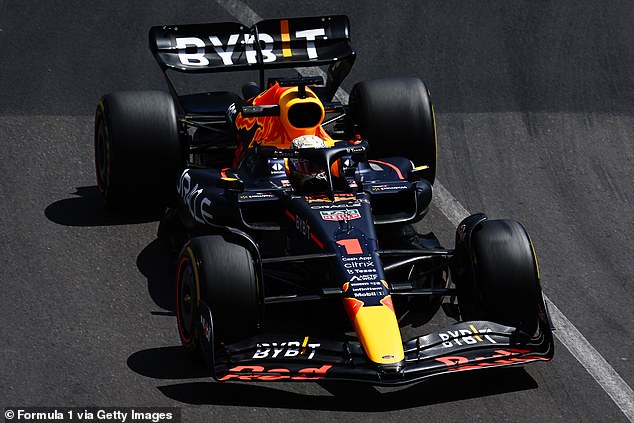 Verstappen has continued to flourish this season, and currently leads the standings 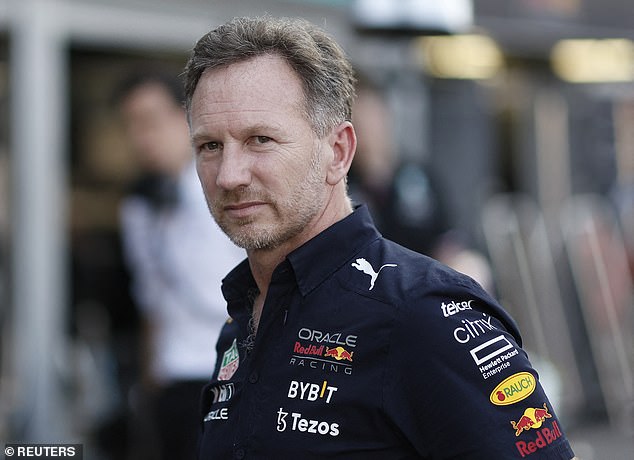 Losing him would be a blow for team principal Christian Horner, given how well he is racing

Leclerc, so fast over one lap in his red rocket but prone to errors, is favourite this weekend.

Hamilton, struggling against his super-quick Mercedes team-mate George Russell, complained of ‘losing my mind’ in a bouncing car in practice on Friday. He said he required elbow pads to protect him from jarring.

Mercedes have improved since their early-season malaise, but team principal Toto Wolff’s exclamations about having a world championship-conquering car in Spain last week were a tad exaggerated. Honeyed words intended as balm for Hamilton’s bruised psyche.

Verstappen needs no such nourishment in this purple patch of his career. He was victorious here last year and lapped up the winner’s dinner with Prince Albert and Co, as custom dictates. A dinner jacket is required for the occasion. Easy to oblige when your wardrobe is up the road.

This is all part of the Monte Carlo mythology that is under threat. This edition marks the final race under the current contract. Formula One’s owners, Liberty Media, want the Automobile Club de Monaco to modernise the place. 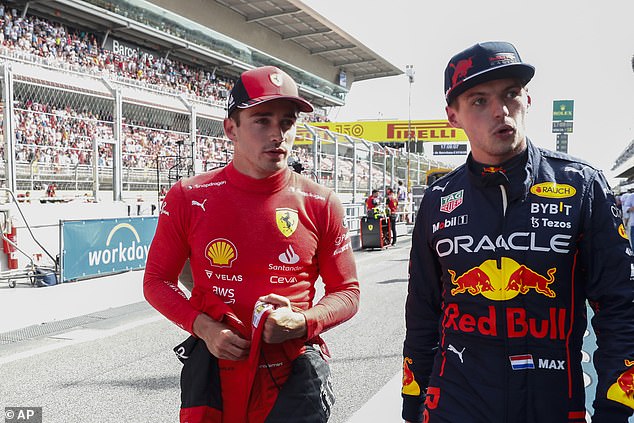 Fine, up to a point. But, remember, Liberty would never have bothered to buy the sport had this tiny place not put motor racing on the map of the world.

‘Monaco is insane in terms of history,’ said Verstappen. ‘It is different. It is special. Perhaps the race itself will not be the most exciting, depending on the weather, and sometimes something crazy happens. But qualifying on Saturday is the highlight of the Monaco Grand Prix.

‘Watching on TV you cannot see how narrow the track is. You have to visit it to see how amazing it is. You can then see how crazy and stupid we are.’