Matthew Wright has divided opinion after an explosive rant on This Morning where he branded beach-goers leaving litter ‘pigs’.

Yesterday, images emerged of litter left by Brits who crowded together on packed beaches as temperatures soared and Matthew, 54, from London, appeared on today’s show to discuss the pictures with Robert Rinder, Phillip Schofield and Holly Willoughby.

The broadcaster raged that the lack of social distancing was ‘two fingers to the NHS’ and fumed that his street on Primrose Hill has been ‘defecated and urinated on’ because of the lack of public toilets during lockdown.

Some viewers agreed with Matthew arguing that sun-seekers should be taking their rubbish with them, while others felt his comments were over the top and branded him ‘pompous’ and ‘dramatic’.

Litter on the sand by Bournemouth Pier in Dorset yesterday, after Brits crowded together on packed beaches as temperatures soared

Matthew ranted: ‘The downside is every Thursday in lockdown we stood on our doorsteps clapping the NHS.

‘But now we are going out  with sunbathing and breaking social distancing and giving two fingers to the NHS staff we were once clapping.

‘There’s no excuse for it. And the litter the next day! These people are pigs. They are not humans, they are pigs.’ 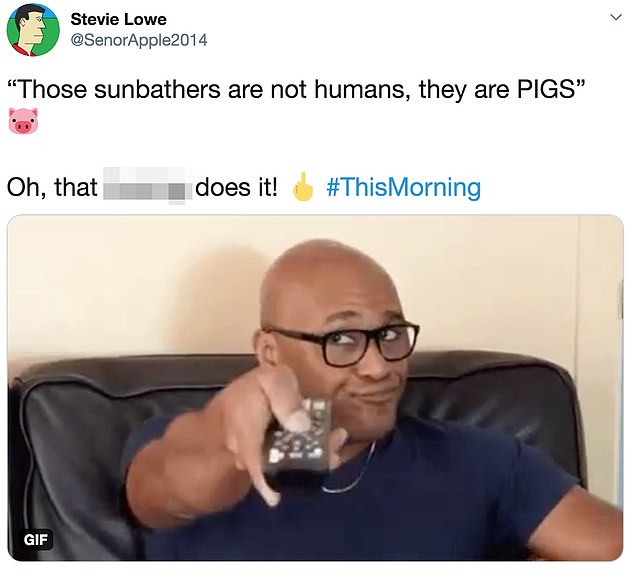 Viewers quickly took to Twitter to share their opinions, with several defending the beach goers, and branding Matthew ‘pompous’ and ‘dramatic’

He went on to speak of revellers going to the toilet in public spaces due to the lack of public facilities open, raging: ‘Not all of them, It’s disgusting.

‘They’re urinating in my streets, I live in Primrose Hill and they’re defecating and urinating on my street’.

Robert 42, responded saying: I agree with Matthew, apart from calling people pigs. I don’t think you should call people who have lockdown fatigue “pigs”.’ 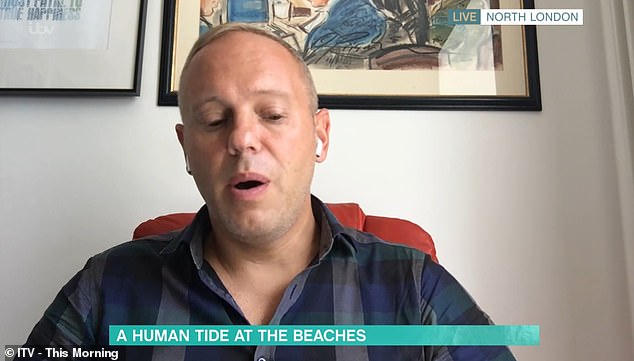 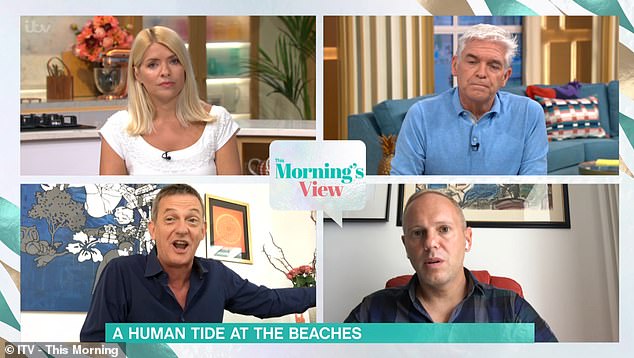 Matthew snapped back: ‘They should take their litter home.’

Viewers quickly took to Twitter to share their opinions, with several defending the beach goers, and branding Matthew ‘pompous’.

‘Wind your neck in Matthew you pompous t***’, wrote one.

‘Saying sunbathers are pigs get this thing off our screens’, said another. 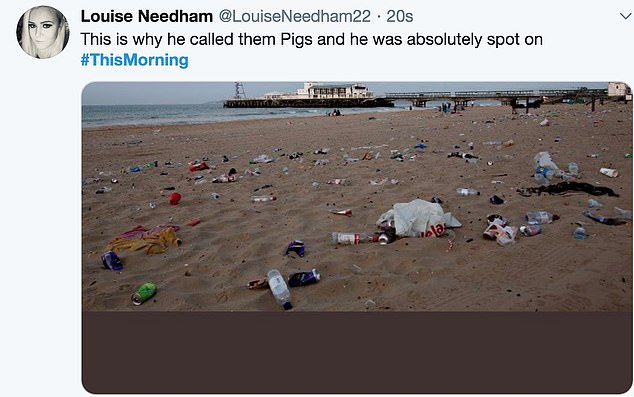 A third ranted: ‘I’m mortified for you. You were clearly p***ed as a fart during that topic. Wow’.

Another agreed with Rob, saying: ‘Couldn’t agree more with @RobbieRinder , he put it so eloquently when Matthew Wright was calling people ‘pigs’. Such a wonderful man with a good heart. ‘

However many agreed with Matthew, with one ranting: ‘It’s because people are disgusting, vile pigs. If you can carry a full picnic in you can carry empty wrappers/bottles out.’

Another said:’Exactly @Matthew_Wright take your rubbish with you, they are pigs.’

A third ranted: ‘Matthew Wright was spot on. What’s wrong with calling them pigs? People who leave their litter behind are disgusting. How hard is it to take a bag and take your litter with you?’