By Henry Deedes for the Daily Mail

Matthew Hancock’s voice suddenly dropped an octave. That bossy, head prefect’s tone had descended into a deep, dark growl. It was like he was performing a voiceover to a horror movie trailer.

He informed the House that there had been a sudden surge in infections around the South of England. A new ‘variant’ of the virus had been unearthed.

That word ‘variant’ was accompanied by a lowering of the eyes and a sharp roll of the tongue. Varrrrrriant. His dramatic tone conjured images of a snarling, mutated monster. Coronavirus, but this time with fierce red eyes and giant fangs.

Hancock sprung this startling development on us during a statement to the House on Monday, in which he announced, with tiresome predictability, that he would be moving London into Tier Three.

After barely a fortnight since the second lockdown ended, the Health Secretary was already yanking the shutters back down on the capital. ‘When the virus moves quickly, we must move quickly too,’ he said, curiously devoid of remorse.

Once again, Hancock had delivered a karate chop to the back of the neck of our already half-pummelled hospitality industry. All that money wasted on pointless safety features. All those barrels of beer down the drain!

The worst part of it all? This was almost what Sir Keir Starmer predicted would happen.

The Tory benches were a buzzing hive of frustration. News of the vaccine gave Hancock a brief reprieve with his colleagues last week, but now their peevishness had returned.

London MPs were particularly glum. Felicity Buchan (Con, Kensington) asked why all of London was being treated as one area, when counties are able to split into tiers.

Hancock said it was because infection rates were increasing across the capital. He kept using that dreadful word ‘granular’ to describe how areas are assessed. Earlier at Home Office questions, policing minister Kit Malthouse was at least good enough to apologise to the House for using it.

There was some friendly support for Hancock from health committee chairman Jeremy Hunt, who congratulated him on his assertiveness. He does this to his younger successor regularly, though I can never ascertain how genuine he is being. Mr Hunt is an oddly unreadable creature.

He wanted to know what the public should do about Christmas shopping. Would people still be able to travel to Oxford Street to buy gifts? Hancock recommended they stay at home. Whack! Another giant nail in the high street’s coffin. Mind you, why anyone chooses to shop on Oxford Street is something I will never understand. The place is hell on earth.

A slew of provincial members begged to be downgraded to Tier One. Ben Bradshaw (Lab, Exeter) was among them. He appeared virtually from his kitchen. Bowls of tropical fruit everywhere. It’s possible handsome Ben is on one of those trendy juice cleanses ahead of next week’s festivities. 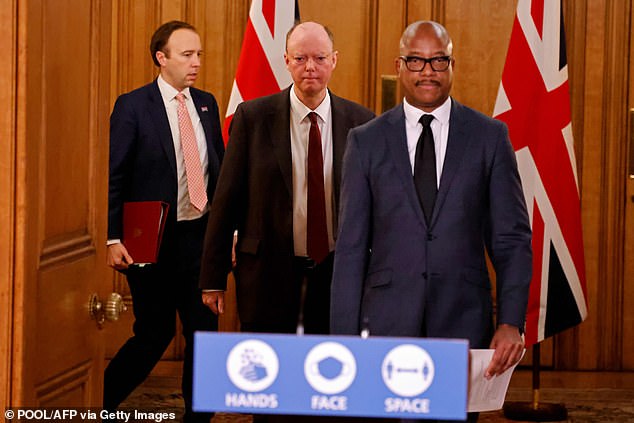 Chris Loder (Con, W Dorset) pointed out his local county hospital had only one coronavirus patient on Friday, and so there was no need for his constituency to remain in Tier Two. Hancock waved all pleas away, urging members to ‘wait and see what’s in Santa’s bag’ when he makes his decision tomorrow. Prediction: no one will be moved down to Tier One.

The Lib Dems’ Munira Wilson (Twickenham) wanted Christmas cancelled. The decision to relax social mixing over the festive period, she said, would result in a wave of unnecessary deaths. Ms Wilson was well aware she was behaving like the Grinch, but didn’t care. I would have a very large wager she’s one of those Christmas party guests who steadfastly refuses to put on a paper hat when the crackers have been pulled.

Barry Sheerman (Lab, Huddersfield) agreed with her. He informed Hancock that he’d warmed to his handling of the crisis in recent months. ‘I think he’s doing a pretty good job,’ he said to surprised looks around the chamber.

Hancock beamed like a child who has been handed a lollipop. Barry might be an old bore, but in times like these, Matt will snaffle compliments wherever he can.