Matt Hancock’s target of testing 100,000 people a day for coronavirus ‘could come back and bite him’, Downing Street sources have reportedly warned.

The health secretary made the pledge on April 2 at a daily coronavirus press briefing, saying by May 1, Britain should be testing people at the rate of 100,000-a-day.

Currently the British Government is only testing medical workers and patients in hospitals suspected of having the virus.

Mr Johnson had earlier set a much more ambitious target of 250,000 tests-a-day during a briefing on Mach 19 before the lockdown as imposed, but he did not attach a date to when that would be achieved.

Health Secretary Matt Hancock leaving 10 Downing Street on Monday. He has been criticised by a Downing Street insider for setting a ‘arbitrary’ coronavirus testing target 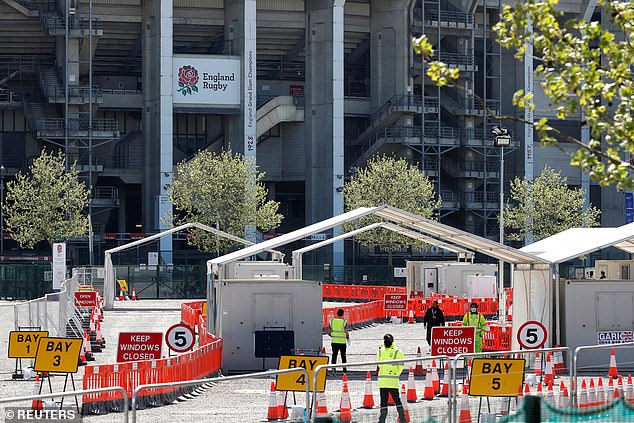 A coronavirus test centre is seen (above) at Twickenham stadium in west London on Monday. Few cars appeared to be arriving at the centre that day 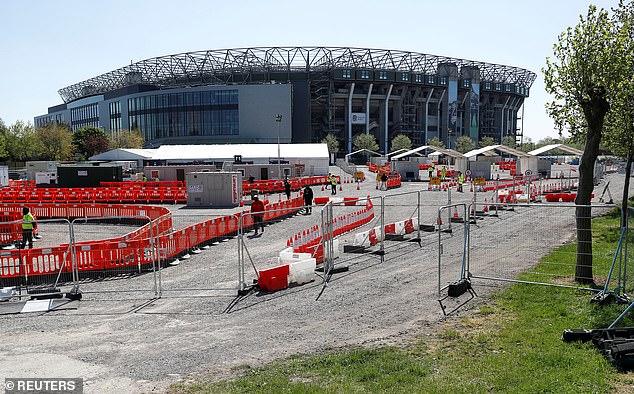 The test centre at Twickenham stadium yesterday appeared to be lying empty. The UK is currently testing around 0.5 per cent of its population

The UK sits well below nations with similar rates of infection, including Italy, Germany and Spain, which are all testing more than 20 people per thousand, according to statistics compiled by Oxford-led researchers.

Early testing for COVID-19 and isolating those who are positive as well as those they have come into contact with, is seen by the World Health Organization as crucial to bringing the pandemic under control.

Both Twickenham rugby stadium and Chessington World of Adventures in west London did not appear to have many patients arriving on Monday. 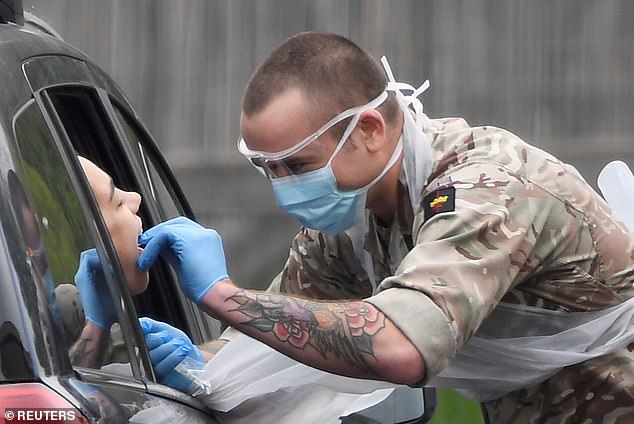 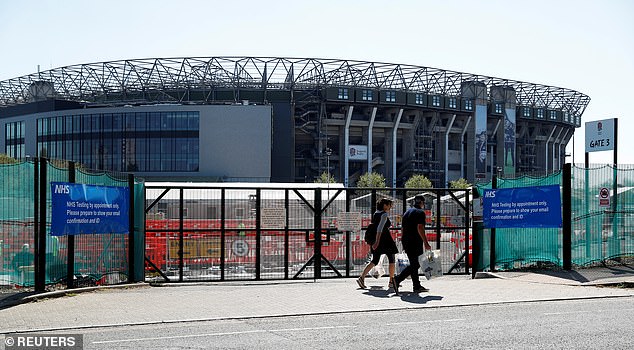 The source told the Telegraph: ‘The problem is with this arbitrary target. There is a faint irrationality behind it, just because there was a clamour for mass testing. Hancock’s 100,000 target was a response to criticism in the media, and he decided to crank out tests regardless.

‘Hancock’s not had a good crisis. The Prime Minister will say he has confidence in him, but it doesn’t feel like that.

‘He set out to buy time by setting this target, and it threatens to come back to bite him. The 100,000 figure was Hancock’s idea, but he made that figure up.’

Despite the slow testing rate, cabinet minister Michael Gove at the weekend insisted the Government remained ‘on course’ to hit the target set by Health Secretary Matt Hancock.

But Sir Jeremy Farrar, director of the Wellcome Trust scientific research institute in London, said the Government had been too slow to increase testing. 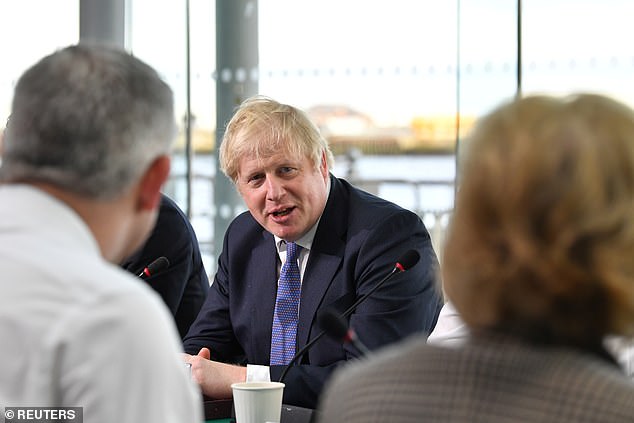 He said: ‘If you look at what has happened in Korea and Singapore and indeed in Germany, there was a much quicker ramping up of testing.

‘Testing will be critical as we come out of this epidemic.’

So far, Public Health England has maxed out at around 22,000 tests in a single day.

There is lab space to conduct 38,000 tests a day – but barely half of those are being carried out.

This is partly because, having created capacity to test patients and NHS staff, ministers were too slow to expand the scope of programme to other vulnerable patients or front line workers.

Scientists also say there is a shortage of key chemicals and swabs which are vital to carrying out the tests.