More than 1.4million care workers promised special badges in April to honour their efforts in protecting the old and vulnerable from coronavirus have still not received them.

Five months after Health Secretary Matt Hancock made the pledge amid great fanfare, the lapel pins are gathering dust waiting to be delivered, triggering new claims of Government incompetence.

Mr Hancock said the green Care badges would ensure that people working in homes for the elderly got ‘the same recognition and benefits’, including dedicated shopping hours in supermarkets, as NHS workers.

But a Freedom of Information request has revealed that since April, only 90,000 of them have been dispatched. More than 1.4million are sitting in boxes waiting to be delivered.

Professor Martin Green, chief executive of Care England – one of the organisations which originally launched the badge in 2019 before the pandemic – said he was ‘disappointed’ by the revelation.

‘We gave the Care badge scheme to the Department of Health and Social Care on the understanding that it would become a unifying image for care,’ he said.

Professor Green said it had been ‘really heartening’ to see Mr Hancock proudly wearing the badge.

But he added: ‘We are disappointed that the dissemination has not been accelerated.’

Mr Hancock announced on April 15 that his department was taking control of the Care badge programme. 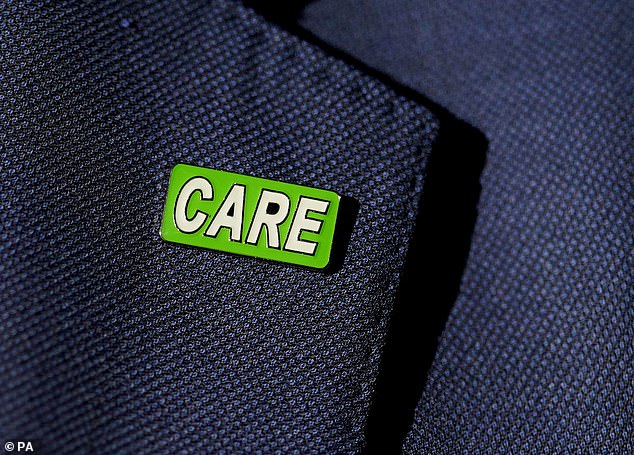 ‘It will be a badge of honour in a very real sense, allowing social care staff proudly and publicly to identify themselves, just like NHS staff do with the famous blue and white logo,’ he said.

He dismissed criticism from those who said care workers who had risked their lives deserved more than a ‘patronising pat on the back’.

The response to the Freedom of Information request shows the Government paid £390,000 to the Care Badge Community Interest Company for 1.5million badges. 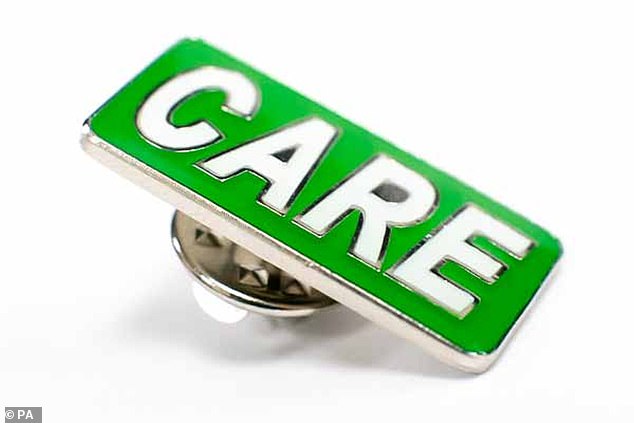 More than 1.4millione lapel pins are believed to be re sitting in boxes gathering dust waiting to be delivered

Labour MP Barbara Keeley a member of the Commons health and social care committee, said: ‘It is concerning that the Government still hasn’t got a grip on the production and distribution of Care badges.

‘They were supposed to be a show of support for care staff, but they now risk becoming another sign of how little the Government values social care. 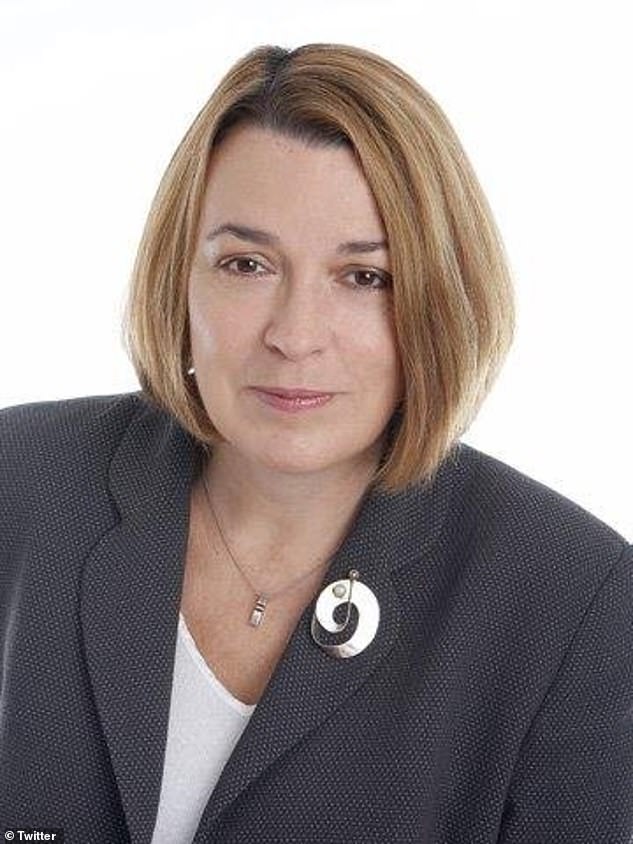 ‘These badges are not just symbolic. At the start of this crisis, we heard of care staff being denied priority access to supermarkets and criticised for wearing their uniforms in public.

The Care badges are a crucial way to prevent this.’ The badge shambles comes after a series of rows over claims that the Government has repeatedly failed to deliver on promises to boost Covid-19 testing.

A spokesman for the Department of Health and Social Care said: ‘We want to ensure all 1.5million care workers are able to wear the Care badge with pride and will be making more available in the coming weeks.’