Are YOU going to take a pay cut, Health Secretary? Livid Piers Morgan tears into Matt Hancock after he DISMISSES calls for MPs to take drop in salary in solidarity with millions of Britons

Matt Hancock today dismissed calls for ministers to take a pay cut in solidarity with millions of workers facing coronavirus hardship in a furious row with Piers Morgan.

The Health Secretary was challenged by the MailOnline columnist on whether he would volunteer for a reduction during an interview on ITV’s Good Morning Britain.

During the exchange this morning, Morgan was also angered when Mr Hancock claimed the Government was prepared for the pandemic, telling the politician: ‘Stop playing that game with me, Mr Hancock. You’re buying yourself a bit of time.’

Morgan said he would have ‘admired’ Mr Hancock more if he would have just admitted that the Department of Health ‘had not been prepared’ for the impact the coronavirus pandemic has had on the National Health Service.

He added: ‘Your resolute refusal to concede you made any mistakes here grates with me and misjudges the public mood’.

The pair continued to clash as Morgan chastised Mr Hancock, reminding him that he runs the show after Mr Hancock urged him to ‘let him speak’, during the interview.

Mr Hancock previously demanded footballers curb their pay, and in New Zealand the government has said it will be taking lower salaries.

But asked if ministers here should follow suit he said: ”Everybody needs to do their bit, and the way I am doing my bit is working every hour God sends.’

Pressed again he said: I am not proposing to do that.

‘What I am proposing to do is work every hour that there is.’

‘The point with the footballers is I was asked a question and I answered it.’ 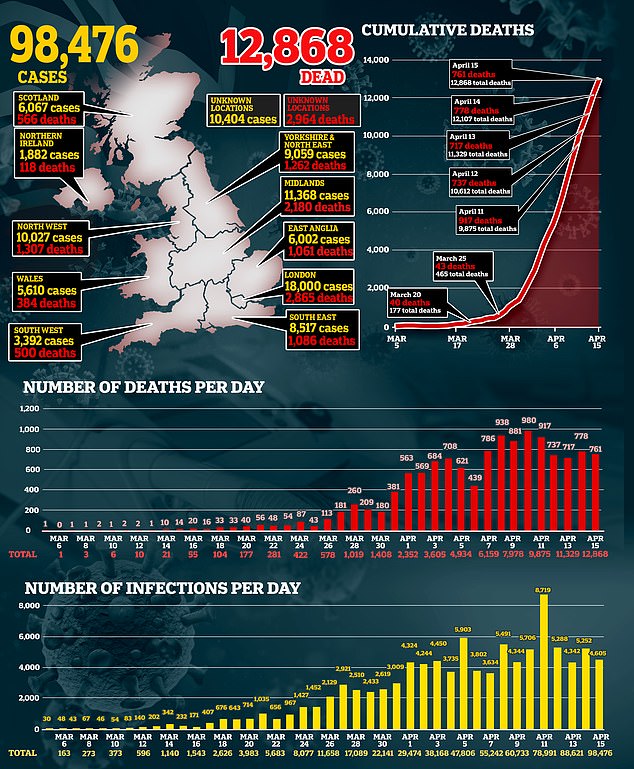 The Government’s watchdog has warned that crippling lockdown measures will plunge the economy into the worst recession for 300 years.

The Office for Budget Responsibility suggested GDP will be slashed by a third and two-million people lose their jobs if the curbs last three months.

Many sectors have already seen vast numbers of staff ‘furloughed’, with the government picking up a proportion of their wages, or impose pay reductions.

In a bad-tempered round of interviews as the government prepares to extend draconian curbs for another three weeks, the Health Secretary said he recognised that ‘everybody wants to know what the future looks like’. 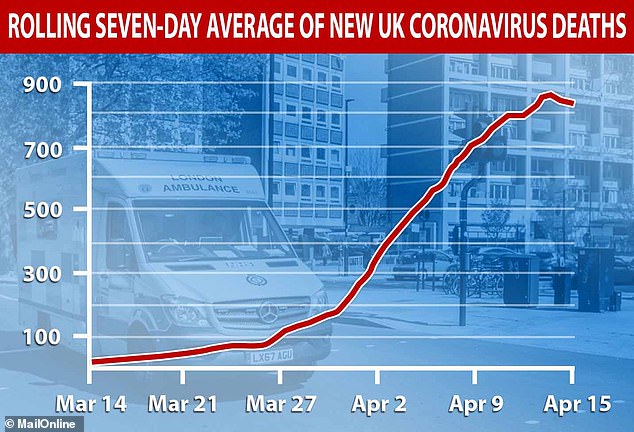 Graph shows the UK’s average daily coronavirus deaths for the previous seven days, based on official figures. The dip at the end shows the numbers falling for two days – the first drop since the crisis began. Although it could be a sign of numbers plateauing, Chris Whitty yesterday said he expected a rise in deaths today as officials catch up with a lag in reporting over Easter

But he flatly dismissed calls for the government to flesh out how the restrictions will finally be eased, despite mounting fears that they are wreaking havoc on the economy.

Mr Hancock said the ‘clarity of messaging’ had a ‘direct impact on how many people obey’ social distancing rules.

The bitter spat came as one of the government’s own key experts condemned the response from ministers and warned curbs cannot be eased until mass testing is in place. 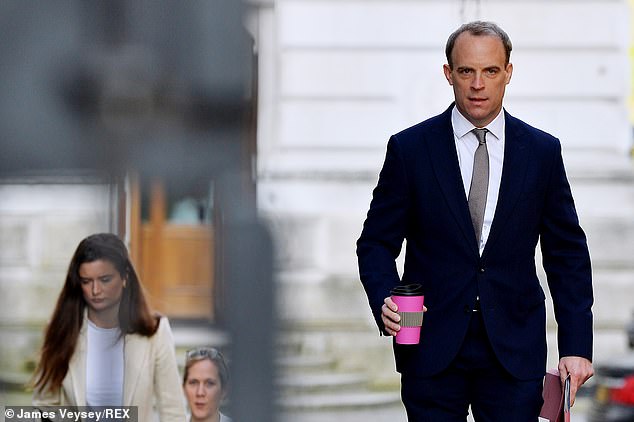 Professor Neil Ferguson said there is no possibility of the country returning to ‘normal’ until a vaccine is produced.

The epidemiologist – who has been modelling the outbreak for the government – delivered a withering verdict on the performance of ministers, urging them to ‘accelerate action’ to create a system where everyone with symptoms, and everyone they have come into contact with, is tested.

He suggested the organisation in Whitehall was not on the same scale as the effort on Brexit, despite the problem being on a totally different scale.