Matt Hancock today claimed the test and trace fiasco was caused by people without coronavirus symptoms getting tested inappropriately.

Defending the government’s service amid growing criticism, the Health Secretary claimed people with no symptoms applying for tests was putting the system under strain.

He also hinted that Covid tests could be rationed unless people who are fit and healthy stop draining capacity, adding, ‘We’ve got to be firmer, I’m afraid, with the rules around eligibility for testing.’

Mr Hancock said it was ‘not acceptable’ for people to ask for a test if they have no symptoms.

In other coronavirus developments today:

The Health Secretary rejected claims that the testing system was failing, telling Sky News that testing capacity was at its highest ever level.

He also hit out at schools for sending pupils to be tested, adding: ‘We have had stories of schools sending a whole year group to go and get a test and that is not appropriate, what is appropriate is that if you have symptoms then get a test.’

Questioned over whether the system was failing, he told Sky News: ‘I completely reject the accusation, in fact quite the contrary.’

He said the UK has the biggest system per capita in Europe and the highest testing capacity ‘we’ve ever had’.

‘We’ve seen an increase of about 25% of people who are coming forward that don’t have symptoms and aren’t eligible.’

The Health Secretary told the public not to get coronavirus tests unless they have symptoms in order to stop people having to travel long distances to get tested.

He told BBC Breakfast: ‘We have seen this quite sharp rise in the last couple of weeks of people without symptoms who don’t have a good reason coming forward to get a test.

‘There have been stories of whole schools, or parts of schools, being all sent to get a test – that is not acceptable, that is not an appropriate use of our testing resources.

‘I’ve even heard stories of people saying, ‘I’m going on holiday next week therefore I’m going to get a test.’ No – that is not what the testing system is there for.

‘We’ve got to be firmer, I’m afraid, with the rules around eligibility for testing.’

Defending the government’s test and trace service amid growing criticism, the Health Secretary claimed people with no symptoms applying for tests was putting the system under strain

‘Of people who got symptoms, 92 per cent got a test within ten miles of (their home),’ he told the Today programme.

‘The reason we have constraints at the moment is not because capacity has gone down, it’s because demand has gone up.

‘For instance, I’ve heard stories of whole schools been told to get a test and all pupils. That is not what testing is there for.’

Mr Hancock also said he’d heard of cases of people requesting coronavirus tests because they were going on holiday and wanted to find out whether they had the virus.

Testing capacity has recently been cranked up across the UK to ‘record highs’ but it is still meant to only be available for people who have coronavirus symptoms.

MailOnline found that it was possible to order a coronavirus test, even if you didn’t have coronavirus symptoms, by filling in a request form online saying that you’d been asked to take one.

There was no option to say that you had been asked to get a test by your school, or that you had no symptoms but were concerned.

The director of testing, Sarah-Jane Marsh, yesterday apologised to those who were not getting tests and warned they were at a ‘critical pinch-point’.

‘Can I please offer my heartfelt apologies to anyone who cannot get a Covid test at present,’ she wrote.

Mr Hancock also refused to rule out a second national lockdown, telling Sky News: ‘Our goal is to avoid having to do anything more drastic – I won’t make a vow like that.

‘I’m a Health Secretary in the middle of a pandemic.’ 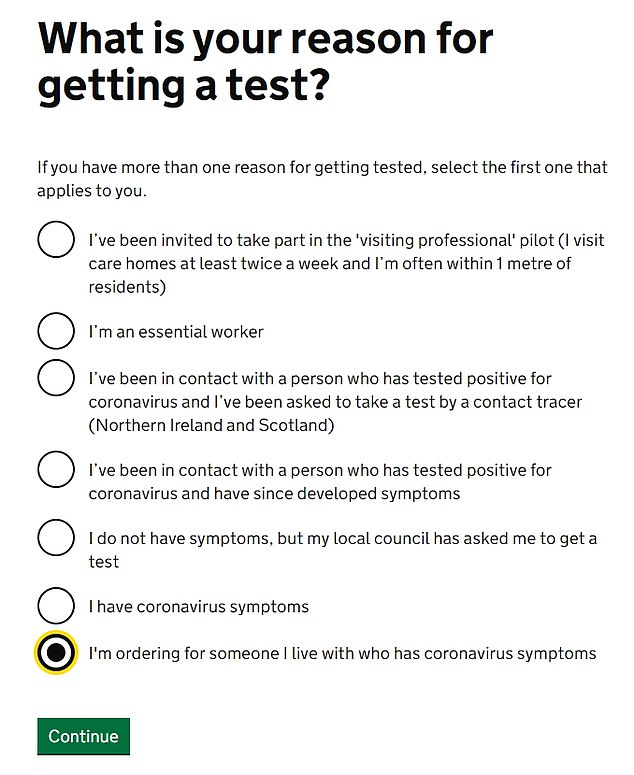 By Jemma Carr for MailOnline 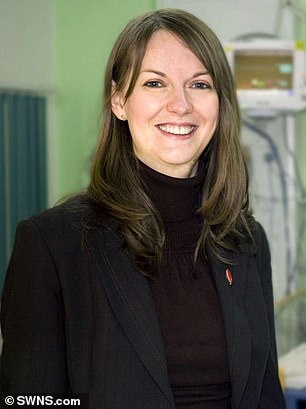 A senior official at NHS Test and Trace last night issued an apology to people unable to get a Covid-19 test as officials consider new lockdown restrictions to curb the current spike in cases.

Director of testing Sarah-Jane Marsh said there is capacity at testing sites but laboratories processing the tests are at a ‘critical pinch-point’.

Ms Marsh added that the system is doing ‘all it can to expand quickly’.

Ms Marsh wrote on Twitter: ‘Can I please offer my heartfelt apologies to anyone who cannot get a Covid test at present.

‘All of our testing sites have capacity, which is why they don’t look overcrowded; it’s our laboratory processing that is the critical pinch-point. We are doing all we can to expand quickly.

‘We have additional NHS, Lighthouse, University and Partner Labs all due to open up imminently and we are also expanding the use of non-Laboratory based tests.The testing team work on this 18 hours a day, seven days a week. We recognise the country is depending on us.’

Andy Thompson, 38, a technical manager from Crewe, said his six-year-old daughter is home from school with a continuous cough, but has so far been unable to get a home test.

‘It’s an absolute shambles. No home tests available. And now the nearest test centre is Oldham, a 100-mile round-trip with a sick child,’ he said.

‘I didn’t realise how bad it is. If you haven’t got a car, no way you’re getting tested.’

People have also complained in recent days and weeks of being directed hundreds of miles to get a test.

On Monday, Health Secretary Matt Hancock pledged that people would have to travel no more than 75 miles for a test.

Further problems with the testing system came as a member of the Government’s Scientific Advisory Group for Emergencies (Sage) said the latest increase in coronavirus cases is ‘very worrying’.

Professor Andrew Hayward said scientists are monitoring the data closely for signs of wider community transmission of the disease.

‘Generally it is local outbreaks, but there is also very worrying increases in cases, particularly over the last few days,’ he told BBC Radio 4’s Today programme.

‘That is what we are really keeping a close eye on – the extent to which it moves away from these local outbreaks to broader community transmission.

‘What we saw in the last few days from this surveillance data was this worrying increase in cases which, as we know from the first wave of the pandemic, can potentially get out of hand if we don’t be very serious about the control measures.’ 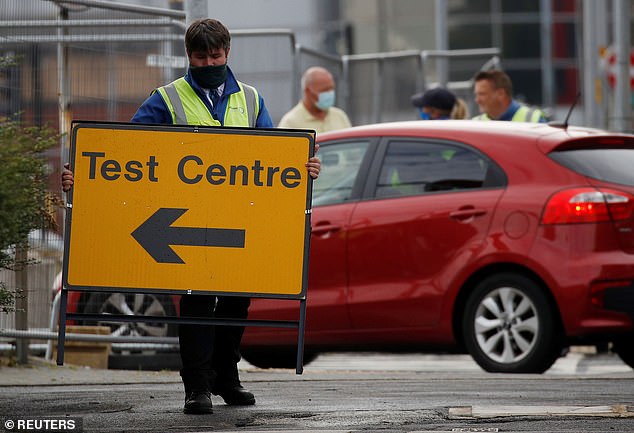