A record number of container ships are currently stuck waiting outside the ports of Los Angeles due to a massive backup caused by a sudden surge in American buying just in time for the holiday season.

The port complex of Los Angeles and Long Beach, which moves 40 percent of containers in the United States, currently has 62 cargo ships waiting to enter the port to unload cargo, the Guardian reported.

The backup at the country’s busiest port complex was brought on by a combination of it being peak shipping period due to the upcoming holiday season and a pandemic-induced buying boom, coupled with a labor shortage that has overwhelmed the port workforce, port officials say. 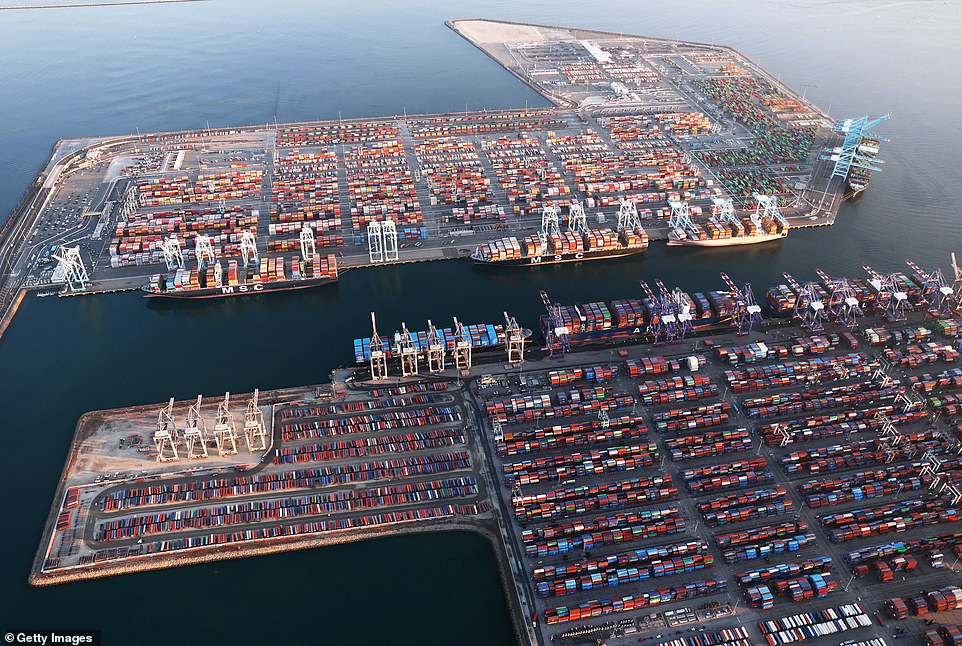 The ports serve as the entry point for a third of imports to the US, and are the main import point for goods coming from China 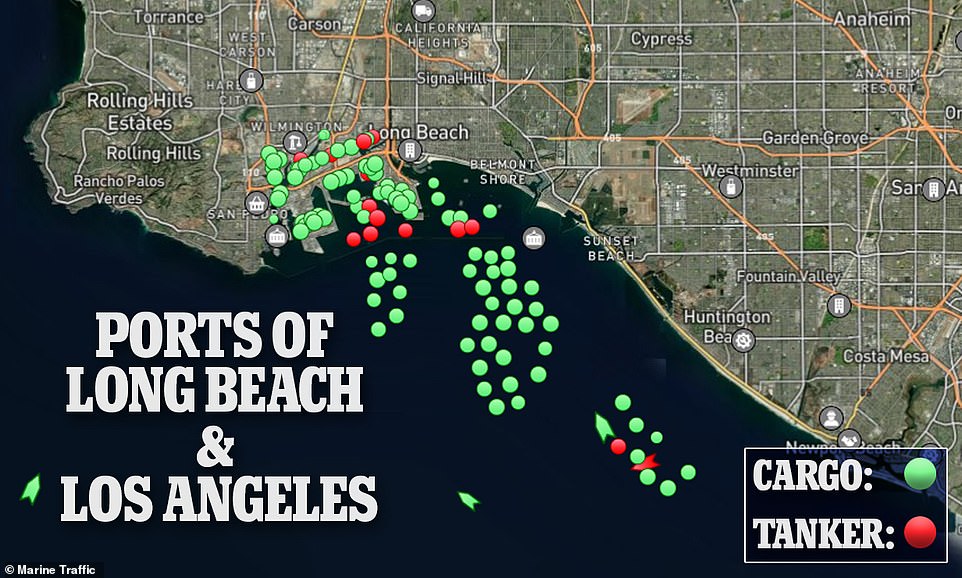 ‘The Americans’ buying strength is so strong and epic that we can’t absorb all this cargo into the domestic supply chain,’ Gene Seroka, the port of LA director, told the Guardian.

The 62 container ships waiting to dock include 42 container ships physically at anchor and 20 in drift areas, according to the Marine Exchange of Southern California, which tracks ship traffic in the area.

The West Coast ports have faced traffic since August, when a then record-breaking 44 container ships were stuck off the coast due to similar disruptions.

The traffic-jam at the ports, which serves as the main entry point for goods coming from China, has even directly impacted the prices for artificial Christmas trees.

Balsam Hill, an artificial tree company based in California, is selling its four-and-a-half-foot tall Grand Canyon Cedar Tree for $499 this year. That is $199 more than the same tree cost in 2020 – a two-thirds increase in price in just 12 months.

‘For the first time ever for us, the catalog was out, and we didn’t have any products to sell,’ Harman added.

‘Our shipments didn’t arrive on time. We’re still trying to figure out exactly where the products are. Are they still on the water or stuck in ports? If this keeps happening, we could go out of business.’

The Long Beach port is now on pace to break it’s all-time record and process more than 9 million container units this year, almost a million more units than in 2020, the Guardian reported. 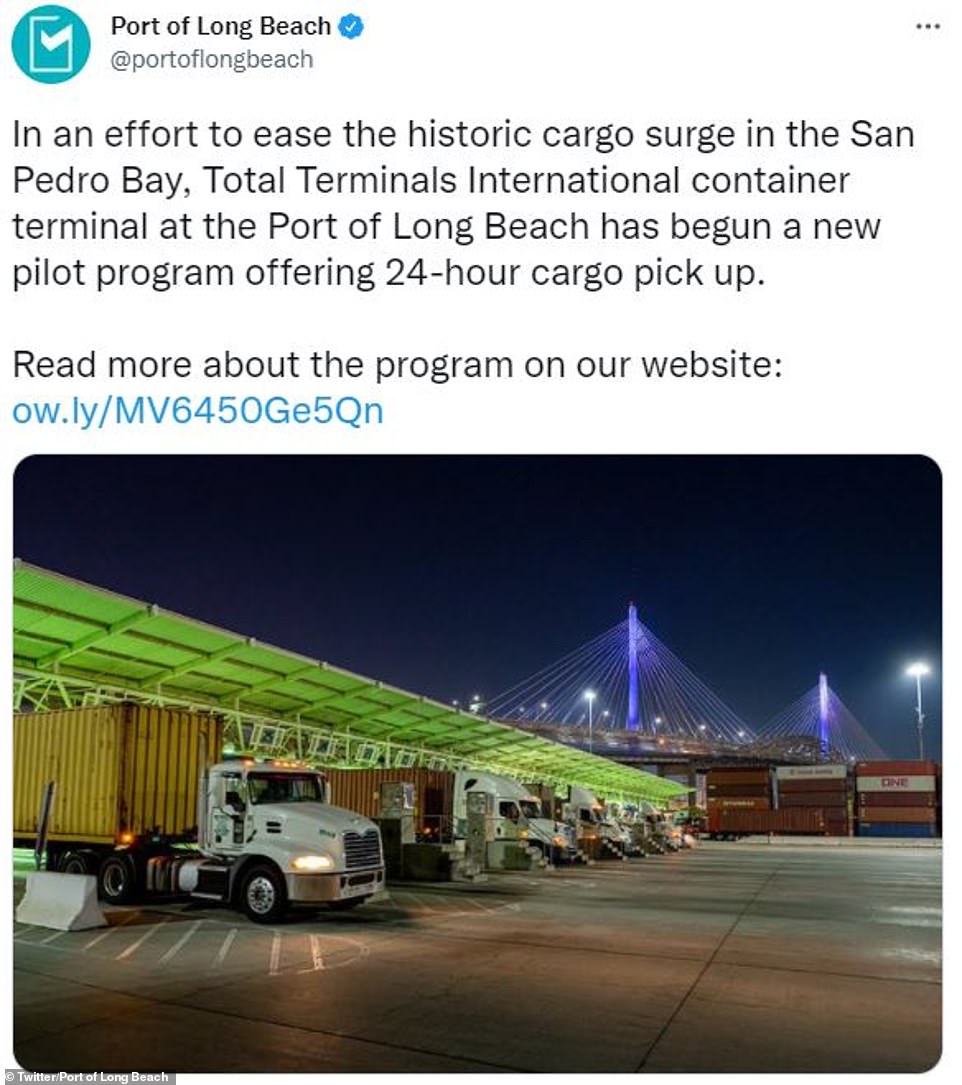 To help reduce delays for ships, the southern California ports are working with the Biden administration and the transportation department, Long Beach mayor Robert Garcia announced on Twitter 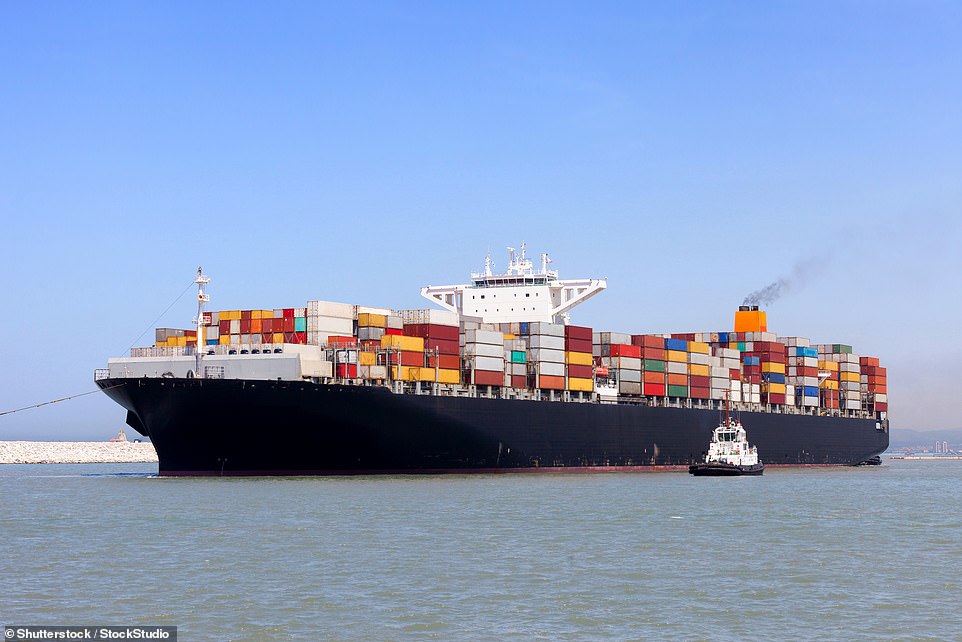 The port complex of Los Angeles and Long Beach, which moves 40 percent of containers in the US currently has 62 cargo ships waiting to enter the port

But the supply-chain has not been prepared for the massive influx of imports, Kip Loutitt, executive director of the Marine Exchange told Business Insider.

‘Part of the problem is the ships are double or triple the size of the ships we were seeing 10 or 15 years ago,’ Louttit said.

To help reduce delays for ships, the southern California ports are working with the Biden administration and the transportation department, Long Beach mayor Robert Garcia announced on Twitter.

The port of Long Beach is testing out a 24/7 pilot program that would expand the hours for cargo pickup to a time when there is less traffic in the region, allowing for speedier deliveries.

‘We are in the midst of an historic surge in cargo, and our terminal operators and other supply chain partners are giving their all to keep it all moving,’ Port of Long Beach Executive Director Mario Cordero said in a statement. ‘We welcome this pilot project by TTI as a first step toward extending gates to 24/7 operations, and we encourage our cargo owners and trucking partners to give this innovative program a try.’