Top scientists have warned there is a ‘troubling lack of evidence’ that face masks prevent Covid-19 infection, after a major study in Denmark found they don’t protect people who wear them.

Governments around the world — including the UK — have made it mandatory to wear a face covering in indoor public spaces, despite a dearth of rigorous trials into their effectiveness.

The rationale has been that masks must be better than nothing because they block at least some virus being exhaled or inhaled by the wearer.

But a randomised study published by scientists at Copenhagen University, thought to be the best of its kind so far, found no statistical evidence that they offer any protection whatsoever.

Reacting to the finding in a column in The Spectator today, Oxford University’s Professor Carl Heneghan and Dr Tom Jefferson said there had been ‘a troubling lack of robust evidence on face masks and Covid-19’.

There have only been three ‘real life’ studies comparing mask-wearers to non-mask-wearers — one in Guinea-Bissau, one in India and the new Denmark study. All have shown masks to have no benefit in preventing the disease.

But the experts added: ‘Now we have properly rigorous scientific research we can rely on, the evidence shows wearing masks in the community does not significantly reduce the rates of infection.’ 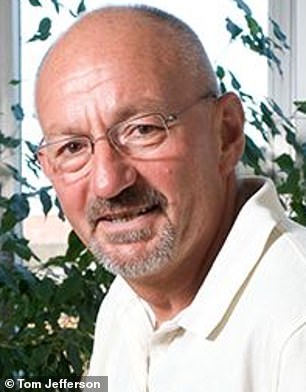 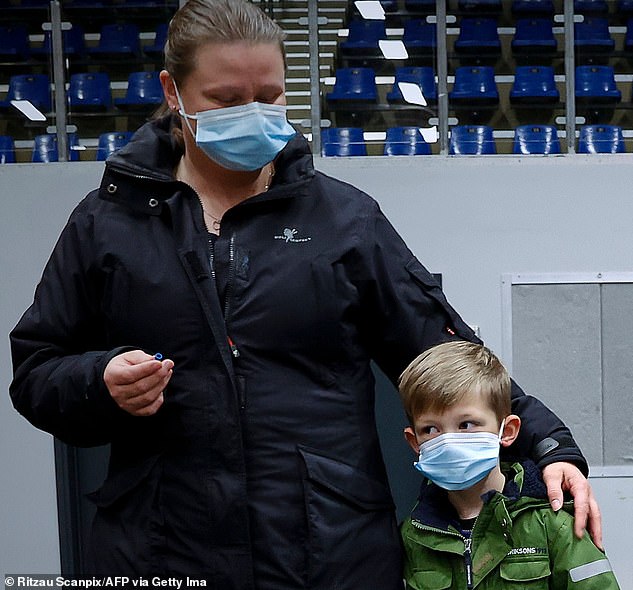 A new study from Denmark found that, after one month, 1.8% of a group wearing masks had been infected with the virus and 2.1% in the unmasked group had tested positive for COVID-19. Pictured: People wait to be tested for coronavirus in the Arena Nord in Frederikshavn, in Northern Jutland, Denmark, November 2020

The Copenhagen experts recruited 6,000 volunteers in the spring — before masks were mandatory there — and split the them into two groups, with half wearing masks in public and half not.

After a month, the mask-wearing volunteers were tested for current and previous Covid-19 infection and compared with the control group who didn’t wear them.

Results showed that, after one month, 1.8 per cent of the people wearing masks had been infected with the virus.

THE TRUTH ABOUT FACE MASKS: WHAT STUDIES HAVE SHOWN

Research on how well various types of masks and face coverings varies but governments have leaned towards a ‘something must be better than nothing’ attitude.

A University of Oxford study published on March 30 concluded that surgical masks are just as effective at preventing respiratory infections as N95 masks for doctors, nurses and other health care workers.

While it didn’t look at Covid-19, the study found the thinner, cheaper masks do work in flu outbreaks.

The difference between surgical or face masks and N95 masks lies in the size of particles that can – and more importantly, can’t – get though the materials.

N95 respirators are made of thick, tightly woven and molded material that fits tightly over the face and can stop 95 percent of all airborne particles, while surgical masks are thinner, fit more loosely, and more porous.

This makes surgical masks much more comfortable to breathe and work in, but less effective at stopping small particles from entering your mouth and nose.

Droplets of saliva and mucous from coughs and sneezes are very small, and viral particles themselves are particularly tiny – in fact, they’re about 20-times smaller than bacteria.

For this reason, a JAMA study published this month still contended that people without symptoms should not wear surgical masks, because there is not proof the gear will protect them from infection – although they may keep people who are coughing and sneezing from infecting others.

But the Oxford analysis of past studies- which has not yet been peer reviewed – found that surgical masks were worth wearing and didn’t provide statistically less protection than N95 for health care workers around flu patients.

However, any face mask is only as good as other health and hygiene practices. Experts universally agree that there’s simply no replacement for thorough, frequent hand-washing for preventing disease transmission.

Some think the masks may also help to ‘train’ people not to touch their faces, while others argue that the unfamiliar garment will just make people do it more, actually raising infection risks.

So what about cloth coverings?

Although good quality evidence is lacking, some data suggest that cloth masks may be only marginally (15 per cent) less effective than surgical masks in blocking emission of particles, said Babak Javid, principal investigator at Cambridge University Hospitals wrote in the BMJ on April 9.

He pointed to a study led by Public Health England in 2013 which found wearing some kind of material over the face was fivefold more effective than not wearing masks for preventing a flu pandemic.

The study suggested that a homemade mask ‘should only be considered as a last resort to prevent droplet transmission from infected individuals, but it would be better than no protection’.

By comparison, 2.1 per cent of the people in the unmasked group had tested positive for Covid-19. The difference between the two groups was not found to be statistically significant.

‘The study does not confirm the expected halving of the risk of infection for people wearing face masks,’ the authors wrote in a press release.

‘The results could indicate a more moderate degree of protection of 15 to 20 [percent], however, the study could not rule out that face masks do not provide any protection.’

The team, from Copenhagen University Hospital, said the findings should not be used to argue against their widespread use, however, because masks may prevent people infecting others.

The results from the Danish study – called Danmask-19 – mirror the findings of studies into influenza.

Nine other trials looking at the efficacy of masks on influenza have found that masks make little or no difference in whether people catch the virus.

Professor Heneghan and Dr Jefferson added: ‘The low number of studies into the effect different interventions have on the spread of Covid-19 – a subject of global importance – suggests there is a total lack of interest from governments in pursuing evidence-based medicine.’

They said the only trials which have shown masks to be effective in stopping airborne diseases have been ‘observation studies’ which are considered a much less accurate form of research.

In these studies, scientists compare people who normally wear masks with people who say they don’t, rather than attempting to create a randomised control group.

The experts said these types of studies are flawed because ‘in the heat of a pandemic, not very many people will recall if and when they used masks and at what distance they kept from others’.

It comes just days after the Centers for Disease Control and Prevention revised its guidelines, saying masks protect the wearer just as much as those around them.

The study, which was published in the Annals of Internal Medicine, was carried out in April and May when Danish authorities did not recommend wearing face coverings.

During this period, only about two percent of Denmark’s population had contracted the coronavirus, lower than several other European countries such as Spain and Italy.

Previous studies have concluded similar findings, saying masks provide only limited protection for the person wearing it, but can dramatically reduce the risk to others if the wearer is infected, even when showing no symptoms.

Preventing the spread to others is known as source control.

But some experts disagree and say they are weaknesses to the study such as the authors not independently verifying mask use or that users wore them correctly.

‘There is absolutely no doubt that masks work as source control,’ Dr Thomas Frieden, former director of the CDC, who wrote in an editorial.

Last week, the CDC updated its guidelines saying  masks protect wearers from contracting COVID-19, not just those around them.

Health officials said cloth masks block droplets from being exhaled by the wearer and also provide ‘filtration for personal protection’ by preventing droplets from reaching others.