EXPRESS INFORMER > Sports > MARTIN SAMUEL: Ian Poulter in full ‘look at me’ mode at the Ryder Cup at Whistling Straits

Ian Poulter stood on the Whistling Straits podium, cocky, casual, hand in one pocket, big yellow and blue watch on his wrist, looking for all the world like he owned the place.

Which, for one week every two years or so, he probably does. This is Poulter’s domain, the Ryder Cup. At most tournaments there are a great many golfers whose insights and opinions count ahead of Poulter’s.

He occupies the last place in golf’s top 50 right now. South African Garrick Higgo is No 49. There are 14 American golfers who cannot make the USA team while still enjoying a higher world ranking than Poulter.

Yet none of them knows as much as the Englishman about matchplay golf. None of them has played it to his level, with the same consistency, across a similar expanse of time. Collin Morikawa has won two majors and four tournaments since the start of 2020 but right now, frankly, who cares?

Tiger Woods was the player of a generation but lost more Ryder Cup matches than he won.

This is a matchplay tournament and there is nobody better to talk to about that right now than Poulter. And he knows it.

A few contemporaries have comparable records, but Sergio Garcia is a major winner; Lee Westwood was world No 1. Their Ryder Cup performances reflect their status in the game. Poulter has never won a major and has finished inside the top three of one on a single occasion, at the 2008 Open.

Yet Poulter can strut like the daddy here because, on this stage, he is.

Witness Shane Lowry, the 2019 Open champion, following him before the cameras. Lowry talked a good game, but his body language betrayed his standing as a Ryder Cup rookie. A little closed in his stance, both hands plunged deep into his jacket pockets in front of his body. He carried the weight of being a friend of the captain, and a captain’s pick to boot.

Padraig Harrington is staking his tenure on Europe not missing Justin Rose. Poulter is another Harrington pick — and with less to justify it beyond historic achievement. 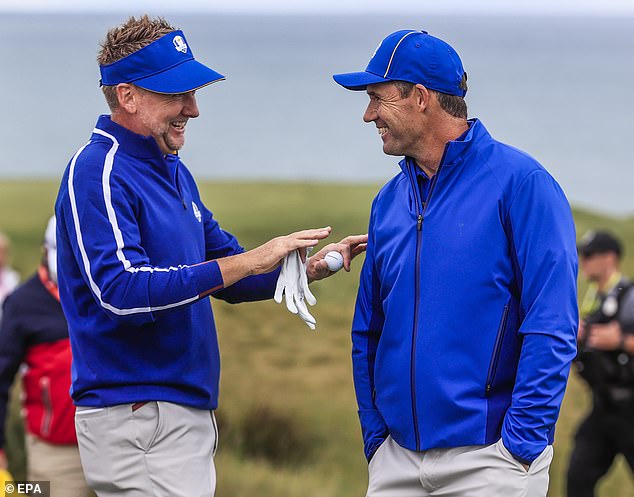 Yet he seemed entirely comfortable, completely at home here at Whistling Straits, despite missing the cut on his most recent major visit: the 2015 PGA Championship.

‘With matchplay, you see the guy,’ Poulter explained. ‘When it’s matchplay, you know what you have to do when you tee up on the first hole. You can control a match. You can dictate. You can play certain shots to put your opponent under pressure.

‘You can’t do that in strokeplay, really, unless it comes down to the back nine and the group you’re in is clear of the rest of the field. It means you’re under pressure from the get-go. That just doesn’t happen in strokeplay. You plod your way into the tournament but, with this, it’s the back-nine Sunday mentality every time you tee up.

‘It’s a very simple form of golf. You never play the what-if game. You don’t ever look at options around the green, here’s the right place to miss, here’s the wrong place to miss. It’s just a single-minded focus on your target. Really simplified. You can’t expect par to win a hole. You have to expect to birdie everything to have a chance of winning.

‘Momentum has been key in every Ryder Cup I’ve ever played. It’s all about holding that level of momentum for the longest period you possibly can. It’s been a great ride for me and I’m never going to apologise for it. It’s how matchplay should be played.’ 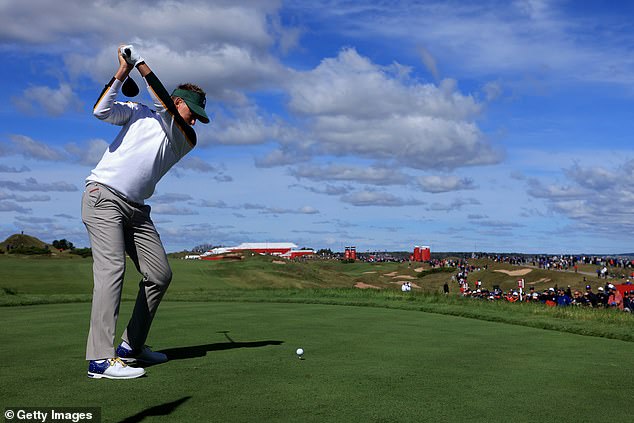 There is a story about Poulter at the 2008 Open, his nearest miss. Standing over a tricky putt on the 18th at Royal Birkdale, he called over his caddie, Terry Mundy.

‘Have you ever seen a putt to win the Open, Terry?’ Poulter asked. ‘Well, have a look at this one, because this is it.’

And he drained the ball from 12 feet. Poulter wasn’t to know that, as he spoke, Harrington was playing the back nine of his dreams to take the prize by four shots. Poulter matched Harrington’s 69 that day. Mundy still marvels at the confidence of a man willing to talk up the enormity of his challenge, and then deliver on it, unaffected.

‘When Ian goes to a Ryder Cup he thinks he is top dog,’ said Pete Cowen, his swing coach. ‘That mindset is impossible to reproduce week to week on tour. It becomes his motto: just watch me.’

At Medinah in 2012, Poulter and Rory McIlroy were two down to Zach Johnson and Jason Dufner with six holes to play. Had the game gone as expected, the United States would have led 11-5 going into Sunday’s singles. The competition would have been as good as over. McIlroy birdied 13 to halve. 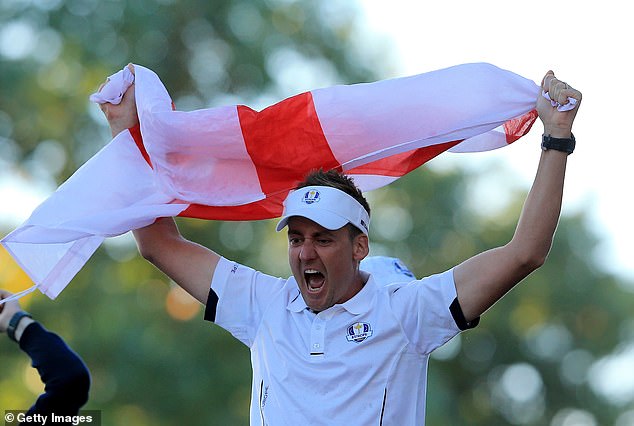 Poulter then birdied the five remaining holes in arguably the greatest passage of play in recent Ryder Cup history. Europe took the point. The ‘Miracle of Medinah’ is Europe’s turnaround from 10-6 down in Sunday’s singles. But that miracle started with Poulter on Saturday evening.

This is why Harrington picked him, preferring Poulter to Rose. Viewed dispassionately, it is a controversial decision and one that may yet be tossed at Europe’s captain come the weekend, if any of his picks fails to deliver and Europe do not win.

Why did he go with an almost romantic reliance on Europe’s glory boys? A strong case can be made for Lowry given his recent achievements. Yet Poulter’s place requires indulgence and the faith Peter Pan may be a golfer, too. 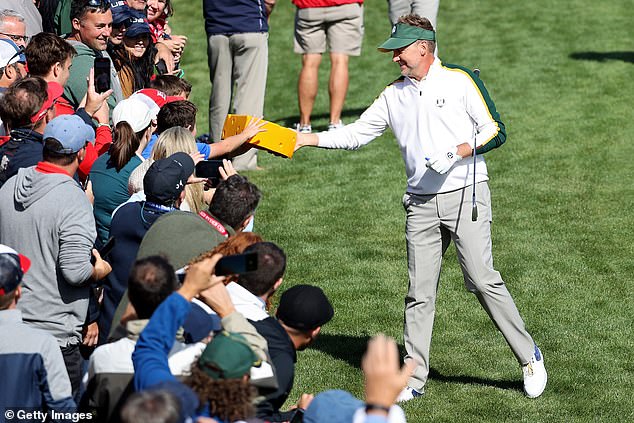 On the first tee at Whistling Straits on Wednesday, Team Europe arrived complete with cheesehead hats — headgear in the shape of a cheese triangle, made famous by fans of local NFL franchise the Green Bay Packers. It earned them a warm reception and they responded by throwing their cheeseheads to the crowd.

Except Poulter. His aim was so lousy, his cheesehead missed the biggest stand on the PGA circuit, cannoned off some Ryder Cup signage and had to be retrieved from the rough.

He got it right second time, the cheesehead-tossing equivalent of three off the tee. Harrington can only hope his aim is better when the real action starts, as history suggests it will be.