Tributes have been paid to Martin Birch, the British music producer behind iconic albums from bands including Iron Maiden, Black Sabbath and Deep Purple.

Martin Birch, who died aged 71 on Sunday, was born in Woking, Surrey, in 1948, and worked first as an sound engineer for bands including Fleetwood Mac, Rainbow and Deep Purple.

Music producer Martin Birch, who died on Sunday aged 71, posed at the mixing desk while working with Rainbow on the album ‘Rainbow Rising’ at The Record Plant in Los Angeles 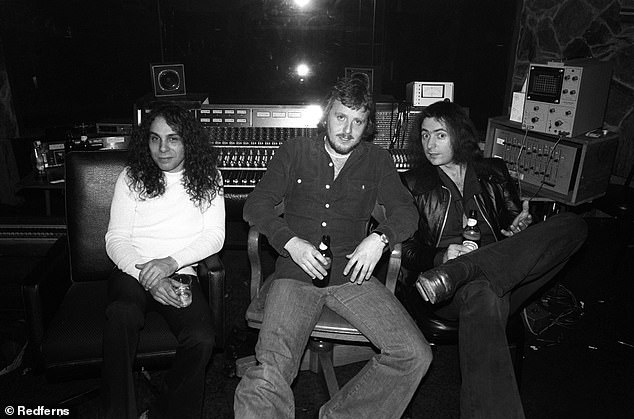 Martin Birch and his work with Iron Maiden

He also worked on multiple albums with Rainbow, Blue Öyster Cult and produced the first six Whitesnake records between 1978 and 1984.

In 1980, he was asked to work on Heaven and Hell for Black Sabbath as a producer, thanks to his previous work with singer Ronnie James Dio – the singer who replaced Ozzy Osbourne in 1979.

Birch was credited with freshening up the band’s sound through his work on Heaven and Hell and Mob Rules.

In 1981, Birch began working exclusively with Iron Maiden in the 1980s and produced some of his most iconic work with the heavy metal band starting with the album Killers and finishing with Fear of the Dark.

After the release of the latter – his tenth Iron Maiden record – Birch retired in 1992.

David Coverdale said: ‘It is with a very heavy heart I’ve just had verified my very dear friend & producer Martin Birch has passed away.

‘Martin was a huge part of my life…helping me from the first time we met through until Slide It In…My thoughts & prayers to his family, friends & fans.’

Geezer Butler, the bassist from Black Sabbath, said: ‘Really sad to hear of the passing of Martin Birch. Brilliant producer. Had the pleasure of working with him on the Black Sabbath albums #HeavenandHell and #MobRules Condolences to Vera and family #RIPMartin’ 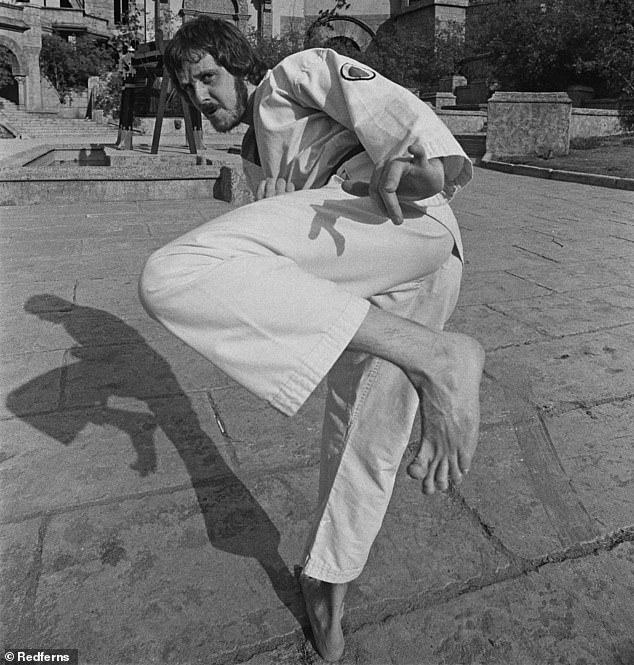 Martin Birch, pictured in 1974 on the Warner Bros set of the Kung Fu TV series in Los Angeles 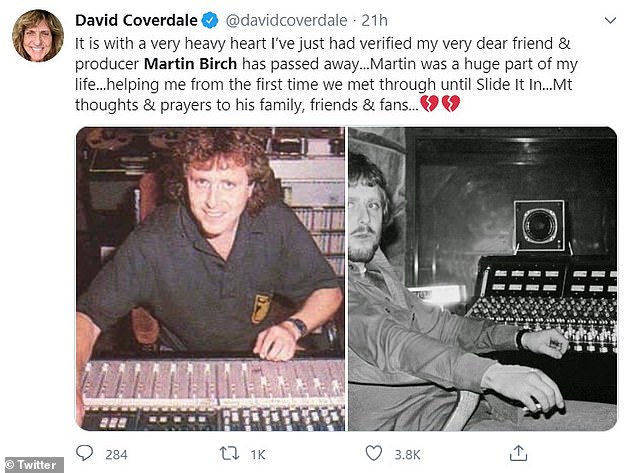 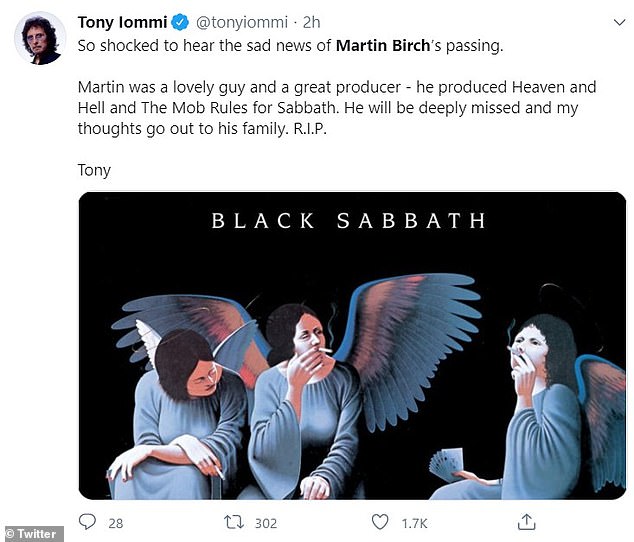 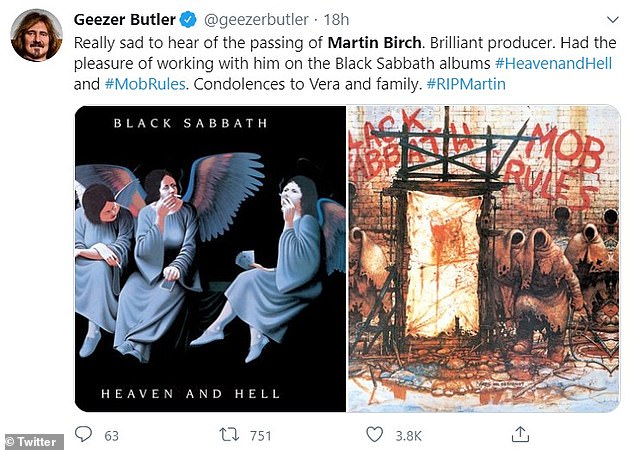 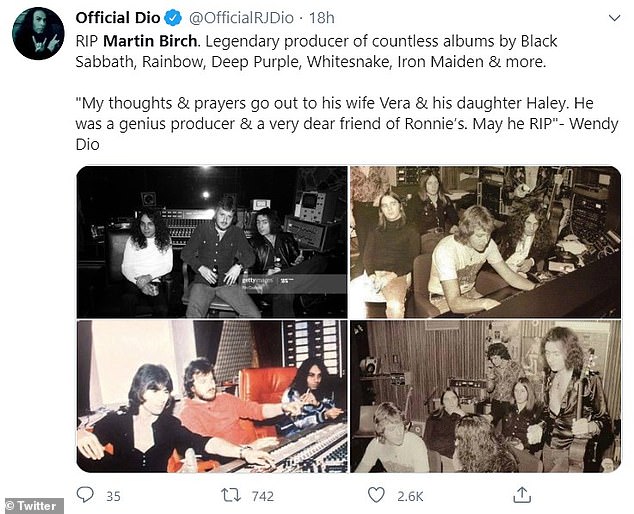 Black Sabbath band mate and guitarist Tony Iommi added: ‘So shocked to hear the sad news of Martin Birch’s passing. Martin was a lovely guy and a great producer – he produced Heaven and Hell and The Mob Rules for Sabbath.

‘He will be deeply missed and my thoughts go out to his family. R.I.P.’

Describing his skills, Birch previously said: ‘I don’t consider myself a super-technician, what I do is to me pretty simple, but the fact that I’m used to the bands I have worked with helps me to know instantly what they want, or even what they can achieve, even if they don’t realize it clearly themselves.’

A cause of death has not been released at this stage.