Martin Bashir set up a money-spinning private company called ‘Panoramic Productions Ltd’ in the year of his BBC Panorama scoop with Princess Diana.

The under-fire journalist appears to use Panoramic Productions to reap outside earnings, including lucrative speaking engagements.

But yesterday there were signs of Bashir being dumped by firms that once valued his cachet. This follows allegations that he told a string of lies to Princess Diana to win her trust and secure his 1995 interview with her.

Martin Bashir’s money-spinning private company called ‘Panoramic Productions Ltd’ made more than £200,000 last year – on top of his BBC salary – it can be revealed

The BBC has pledged a ‘robust and independent’ inquiry into the affair, with the journalist expected to face questions.

Bashir, now the BBC’s religious affairs correspondent, set up Panoramic Productions Ltd in February 1995. At the time he was a Panorama reporter working on his greatest exclusive – the interview with the princess. He went on to make a fortune in the US as a household name anchoring ABC and MSNBC television programmes watched by millions.

He returned to the BBC in 2016, buying a home near Regents Park for £1.9million in cash, where he lives with his wife Deborah, 62. She co-owns Panoramic Productions, with her occupation listed as a district nursing sister.

Accounts filed at Companies House show the firm, engaged in ‘television production activities’, was paid £204,000 in the 12 months to the end of January this year. This is in addition to his salary as an employee of the BBC, which allows him to take on outside work. 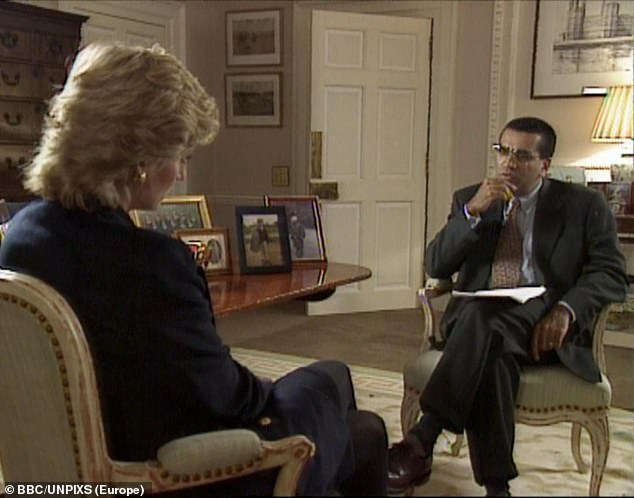 He set up the company in the year of his BBC Panorama scoop with Princess Diana to reap outside earnings, including lucrative speaking engagements

But it has emerged he has been axed from an ITV documentary on killer ex-royal aide Jane Andrews.

Andrews, 53, who was Sarah Ferguson’s dresser for nine years, murdered her banker boyfriend Tom Cressman, 39, in 2000. Bashir was granted permission by the BBC to present an hour-long documentary for the corporation’s rival, including an interview with Andrews at her Lincolnshire home.

The show will still go ahead but will not now be fronted by Bashir, with a source saying: ‘Martin was heavily involved and conducted a number of the main interviews.

‘But he will no longer be presenting it. Discussions have been ongoing amid the controversy. There will now be no presenter.’ 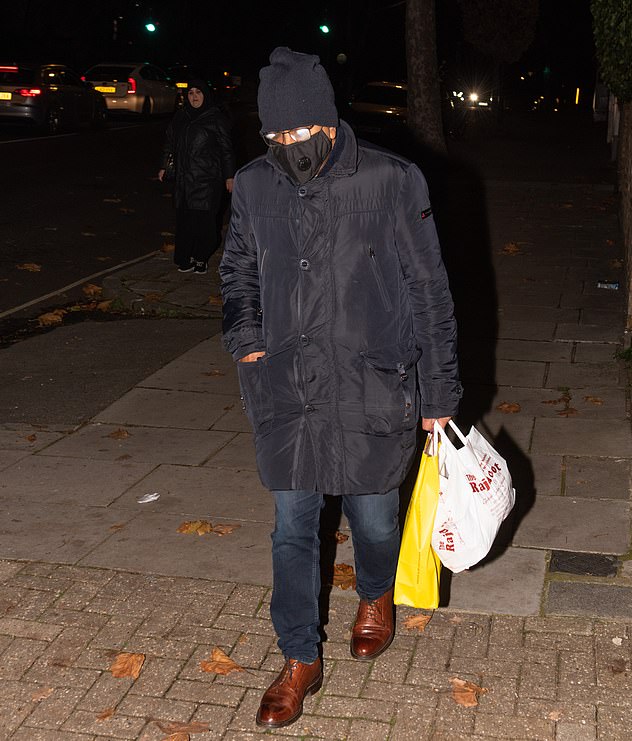 But yesterday there were signs of Bashir being dumped by firms that once valued his cachet. This follows allegations that he told a string of lies to Princess Diana to win her trust and secure his 1995 interview with her.

It is not clear whether the £204,000 paid into Bashir’s company last year included a fee for this documentary.

Bashir also appears to have been dumped by a world-leading speakers’ bureau – the Harry Walker Agency based in New York.

Until this week, it was advertising him for hire, saying: ‘If you were to think of some of the biggest global stories – from the life and death of Princess Diana to the King of Pop Michael Jackson – there is one name that links them all: Martin Bashir.

‘His signature reporting has delivered ratings and garnered awards around the world.’

But by yesterday the Bashir page on the agency’s website had disappeared.

Other US speaking agencies advertising Bashir as a potential speaker include Celebrity Talent International and Nopac Talent.

In the UK, he is on the books of showbusiness agent John Miles. He calls Bashir a ‘talented journalist who has grown almost as famous as the celebrities he has interviewed’.

Bashir has not responded to requests for comment as the storm over his Diana interview has raged over the past ten days. The BBC has pledged its new independent probe – which is backed by the Prime Minister Boris Johnson – will get to the bottom of his methods.

He is said to have played on the princess’s paranoia, lying about the Queen’s health, Prince Charles being ‘in love’ with her sons’ nanny Tiggy Legge-Bourke and Diana’s own staff betraying her to MI5 and the newspapers.

It is claimed forged bank statements were used to hoodwink Diana’s brother Earl Spencer. The investigation will also look at a 1996 inquiry by BBC top brass which has been branded a whitewash.

Last night there was no comment from Bashir, his agent or the Harry Walker Agency.