Martha Kalifatidis has become one of Australia’s top influencers ever since shooting to fame on Married At First Sight in 2019.

And on Tuesday, the 33-year-old brought stepped out in style for a boat party hosted by beauty brand Charlotte Tilbury in Sydney.

The brunette wore an oversized black blazer and matching trousers, along with a loose black tank top.

Strike a pose! Martha Kalifatidis took a few selfies as she made her way to a Charlotte Tilbury boat party in Sydney

She filmed herself for Instagram and snapped selfies as she strolled down the pier towards the boat.

Earlier this month, it was announced that Martha had landed a lucrative deal with online budget fashion store PrettyLittleThing. 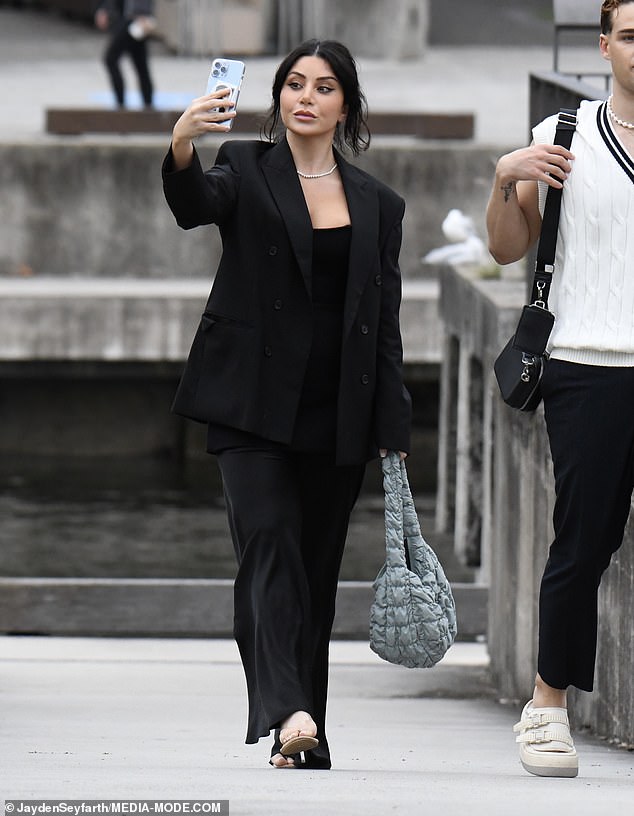 Lights, camera, action! She filmed herself for Instagram and snapped selfies as she strolled down the pier towards the boat

An Instagram post shared by the UK-based fashion retailer pictured the former Married At First Sight star in one of the brand’s coats, along with the announcement.

Martha showed off her $192 maxi coat from PrettyLittleThing in a series of Instagram Stories shared on Monday, likely in her first sponsored posts as brand ambassador.

She also joked that her boyfriend Michael Burnelli, 30, would be taking photos of her outfits for ‘the next six months’. 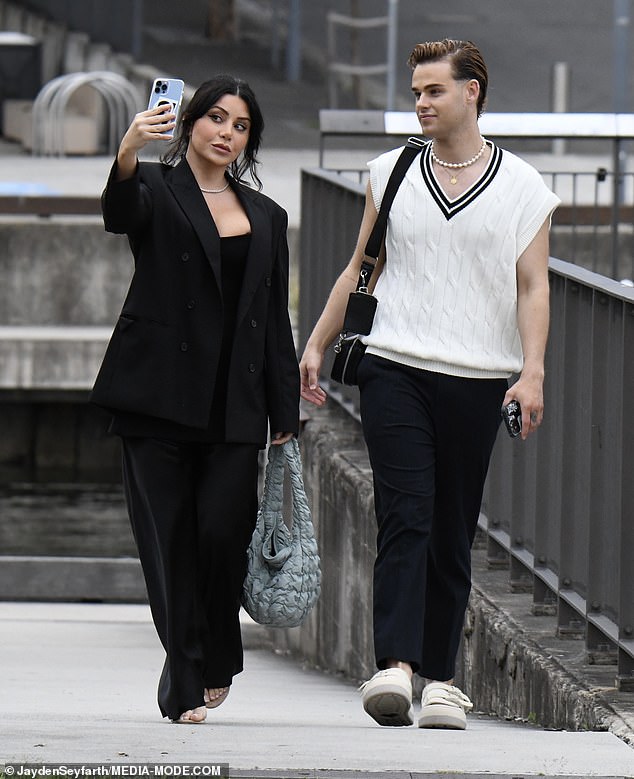 The former reality star had reportedly already signed a five-figure deal with PrettyLittleThing in February.

She has racked up endorsement deals with some of Australia’s biggest brands in the process.

From beauty and wellness products to activewear, liquor, shopping apps and even ice cream, she is making serious money on social media. 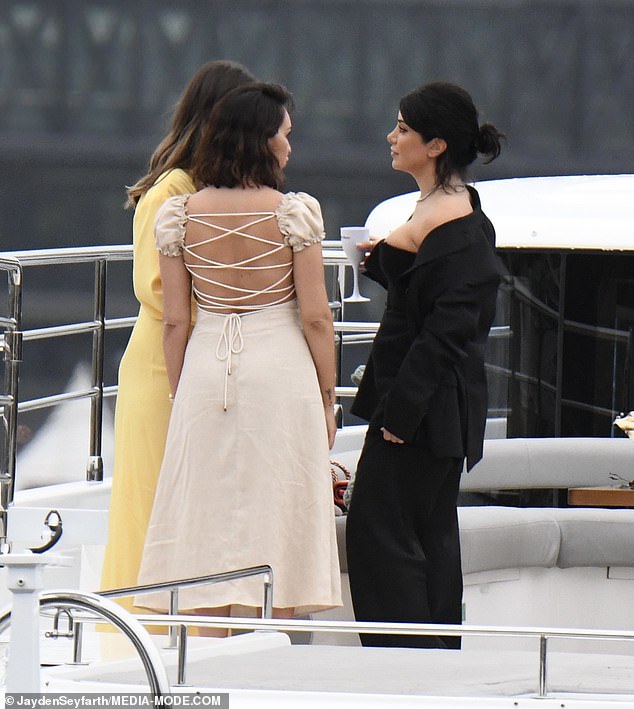 Superstar: Martha chatted with some of the other celebrity guests on the deck