French football has been rocked by more crowd violence as Marseille and Angers supporters brawled on the pitch following Wednesday night’s match.

The travelling Marseille fans at the Stade Raymond Kopa breached a security cordon and made it onto the pitch at the final whistle following a goalless draw.

Stewards failed to contain the situation as punches were exchanged with home fans who’d also made their way onto the pitch. 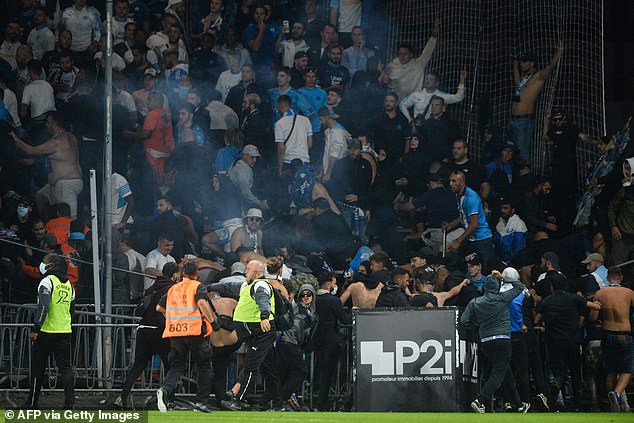 Flares and firecrackers had been thrown between the two sets of fans during the game and equipment in the stadium was damaged as fans poured onto the pitch.

The stadium announcer can be heard appealing for calm in video footage of the clashes but to little effect before security personnel finally got a grip on the situation.

RMC Sport reported that Marseille had expressed concerns about the ease with which their fans could access the pitch in a pre-match security report.

Crowd trouble is becoming an increasing issue for the French football authorities following a series of high-profile incidents in the early part of the Ligue 1 season. 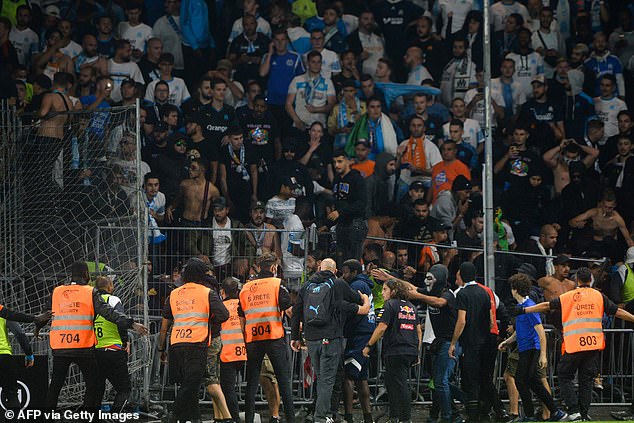 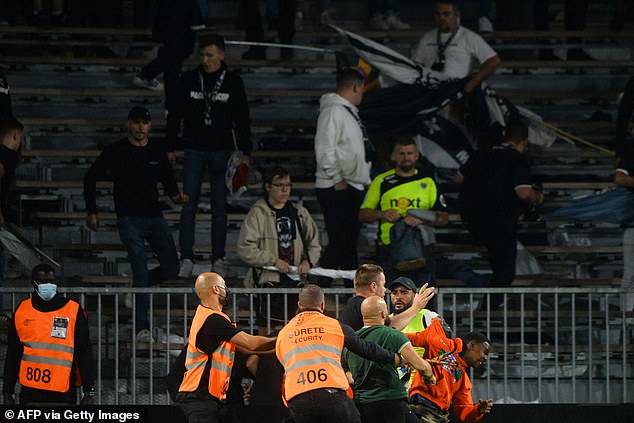 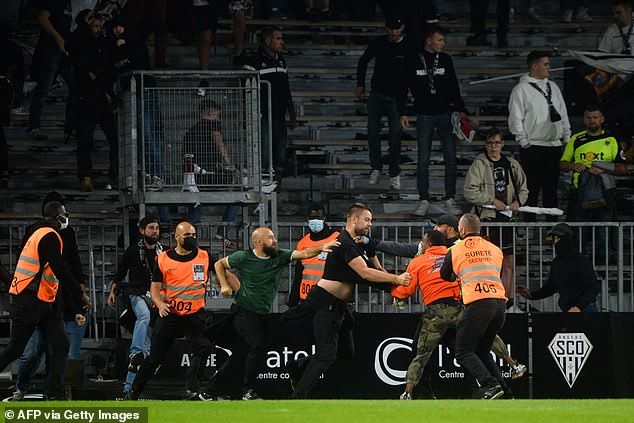 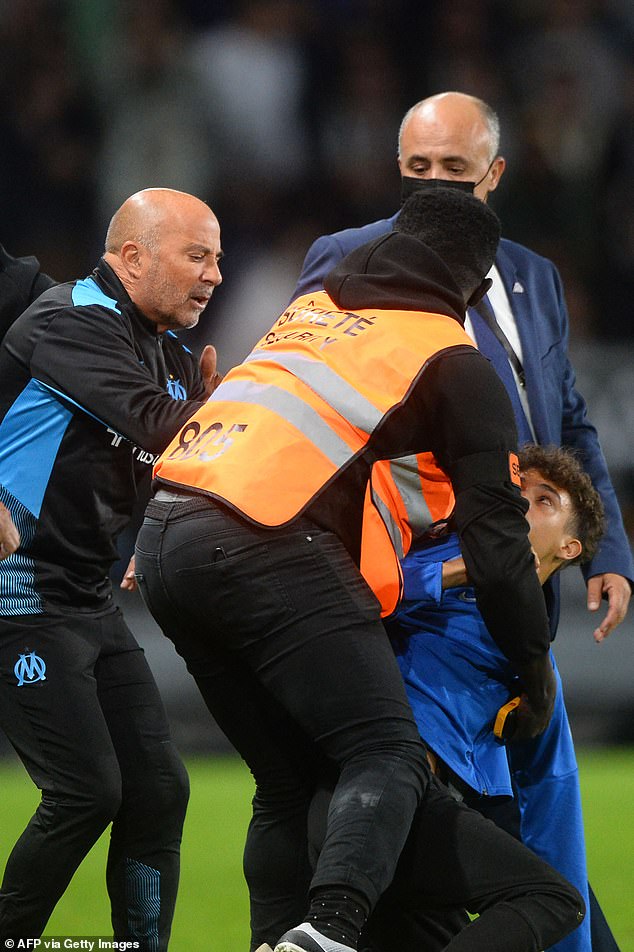 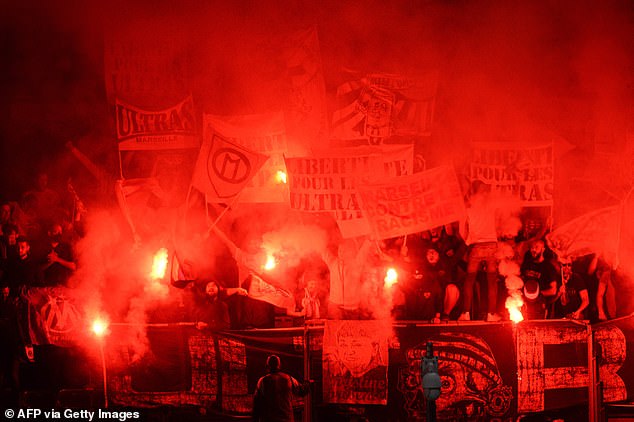 Marseille’s clash with Nice last month was abandoned after Marseille players were hit by objects thrown from the crowd, prompting Dimitri Payet to throw a bottle back.

Nice fans then invaded the pitch and a fight broke out involving players and staff from both teams, fans and stewards. Marseille physio Pablo Fernandez was handed a one year touchline ban for punching one of the Nice fans.

Nice were docked two points, one of which is suspended, and were ordered to play a game behind closed doors. 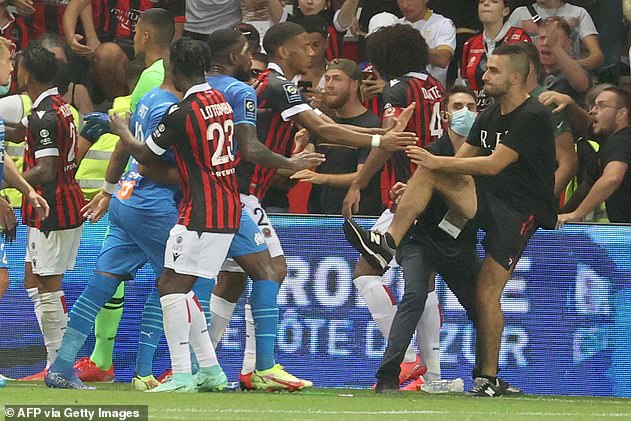 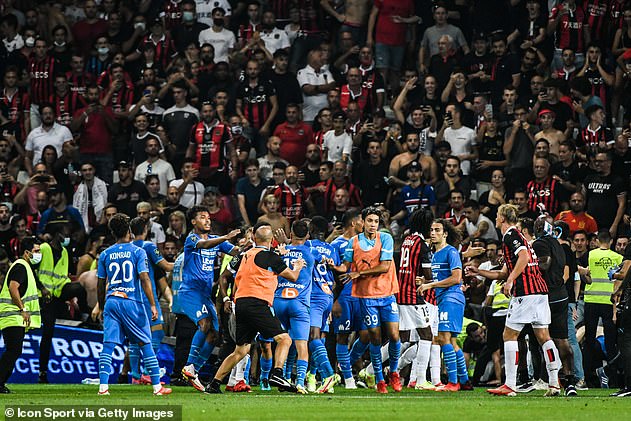 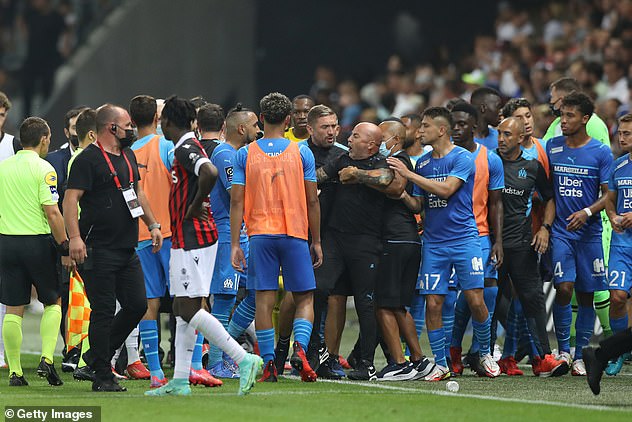 The game was called off after Marseille refused to return to the field and will be replayed at a neutral venue on October 27.

Lens were also ordered to play two home games without fans after crowd trouble marred their Northern Derby match against Lille this month.

The second-half of the game was delayed by over 30 minutes after both sets of fans invaded the pitch and riot police had to intervene.

Six people sustained minor injuries as a result of seats and other objects being thrown. The game ultimately resumed with Lens winning 1-0. 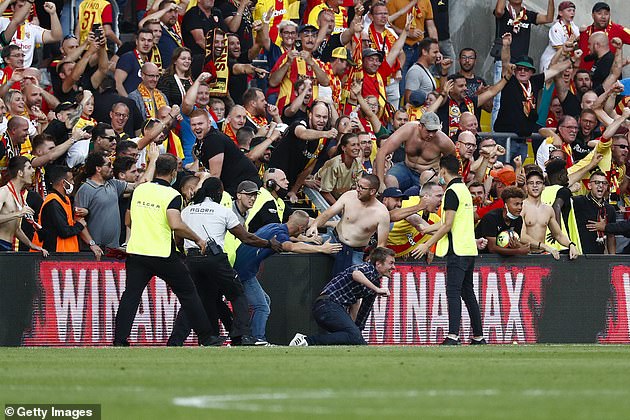 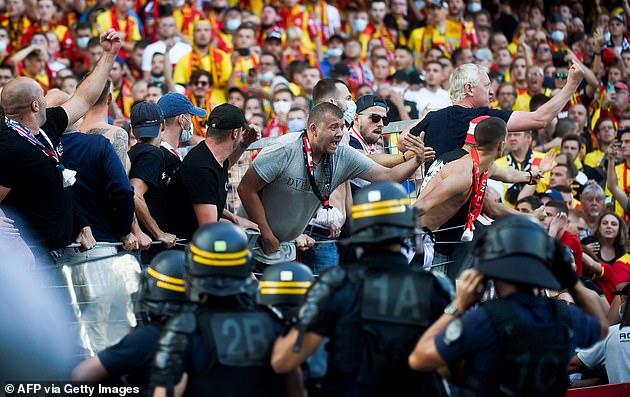 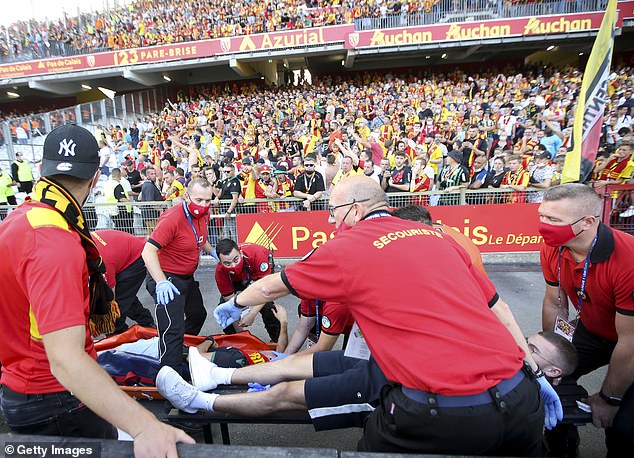