By Andrew Court For Dailymail.com and Associated Press

Two married nurses who were pictured gazing into each other’s eyes from behind protective face shields amid the coronavirus pandemic have spoken out about their famous photo.

A colleague captured Mindy Brock, 38, and her husband Ben Cayer, 46, locked in a lover’s embrace while on the job at Florida’s Tampa General Hospital on March 30.

The striking snap, which showed the couple clad in gloves and gowns as they tenderly held each other’s masked faces, was described as a ‘symbol of love’ by people right around the world.

But Brock told the Associated Press Thursday that the couple had been arguing the morning the image was taken.

Brock revealed that they had disagreed about what to play on the car radio, and who was doing the dishes at home.

The married couple are both nurse anesthetists, and it was Brock’s first day on the hospital’s new ‘airway team’. The new COVID-19 procedures were making them tense.

However, after they found themselves in the same room during a break between surgeries, all the tension melted away.

‘All those trivial things that we were arguing about that morning, in the grand scheme of things, aren’t that important,’ Brock stated.

‘It strikes a chord because we´re all going through the same thing right now and it´s a symbol of hope and love.’

The couple met in nurse anesthesia school in 2007, and married five years ago. 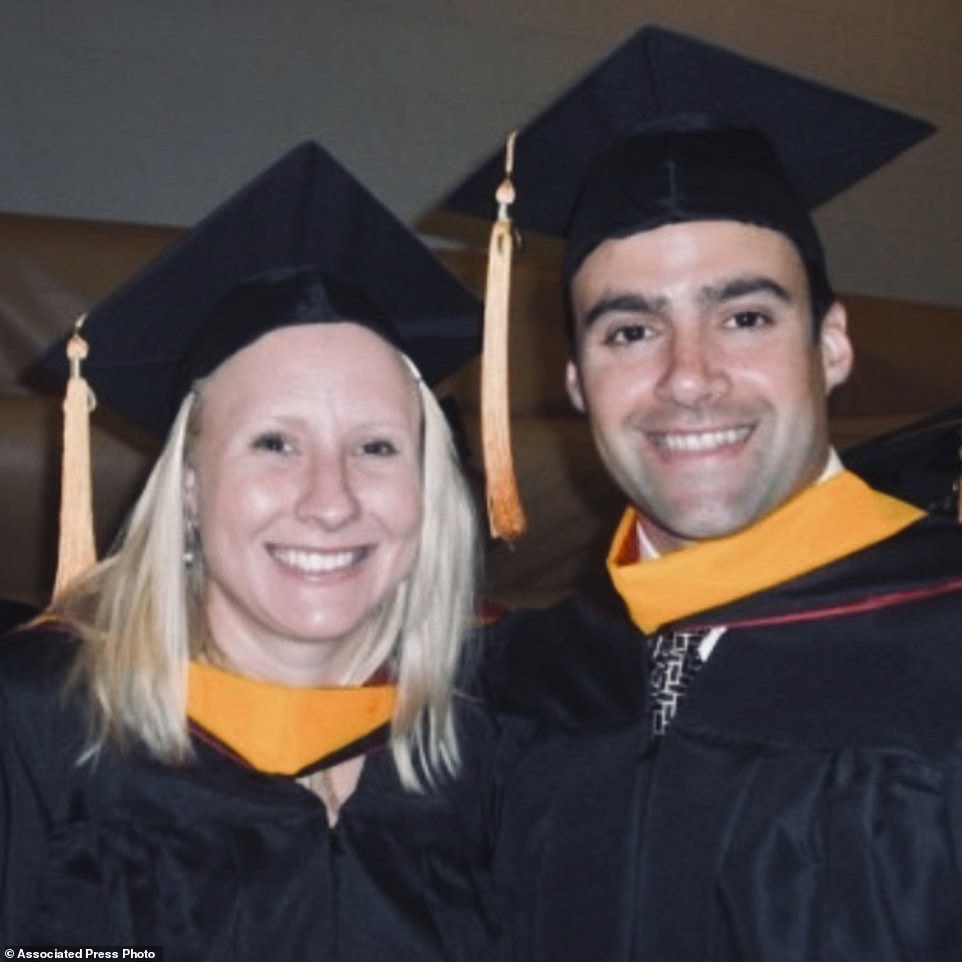 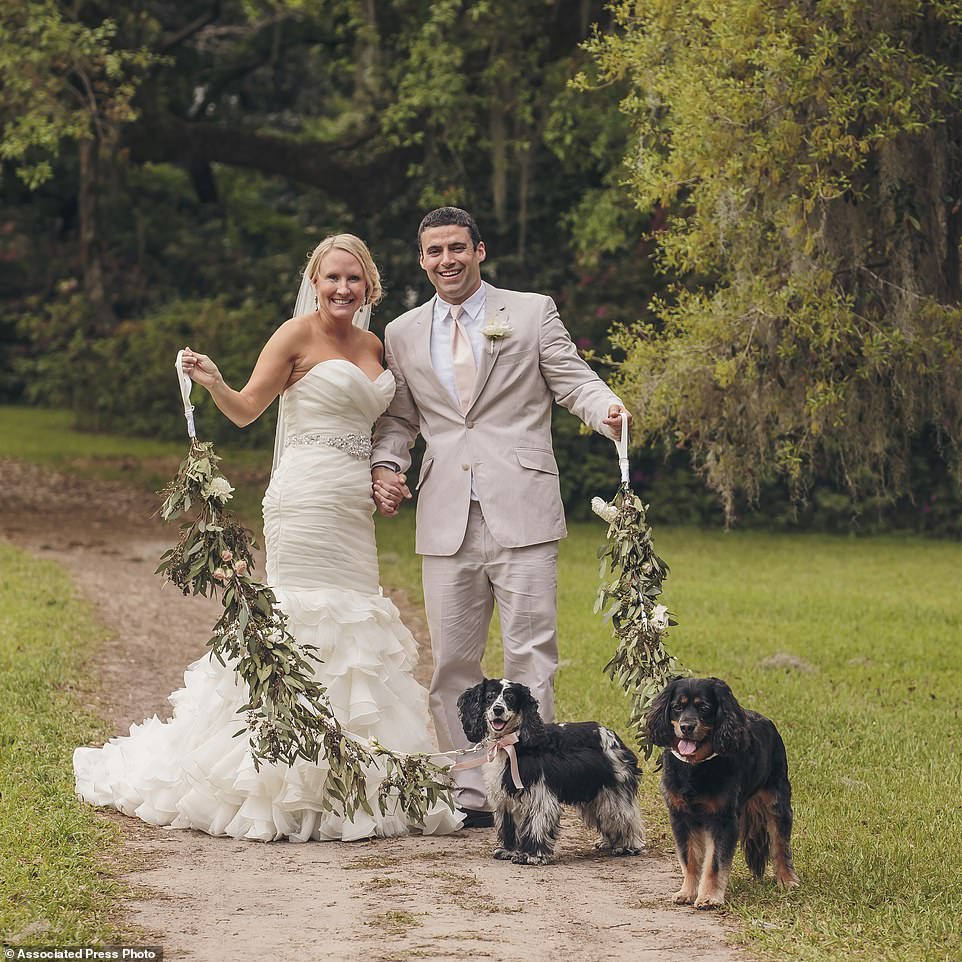 Brock and Cayer are pictured on their wedding day in April 2015. The pair were wed in Charleston, South Carolina

As nurse anesthetists, both Brock and Cayer risk contracting COVID-19.

Placing a tube into a patient´s mouth and down into their airway requires close contact – and because the virus spreads in droplets, they are required to wear the highest level of protective gear.

Thus far, the couple has managed to avoid the virus, although it has come close to home. Brock´s mother has tested positive,  and their co-workers fear catching it.

But despite the stresses of the job, the pair say they feel lucky to be going through the crisis together.

‘We have grown men bawling because none of their family can be there with them,’ Brock stated.

She added: ‘It helps to be married to another nurse, because unless you´re here doing this, there´s no way to describe it, He gets it.’

And Brock has urged everyone to come together as the crisis deeps across the globe.

‘What’s important is that we stick together, we work together, and we always support each other. And not just Ben and I, but the human race right now’. 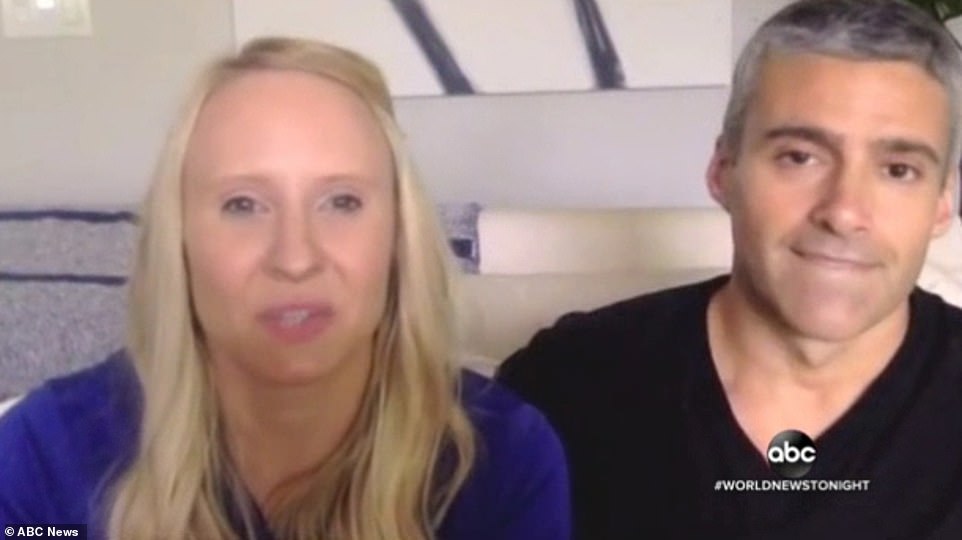