By John Harrington, For The Daily Mail

Investors raised the roof in response to Taylor Wimpey’s half-year results after the builder said full-year results would be towards the top end of market expectations.

The shares climbed 5.5 per cent, or 6.6p, to 126.65p, as it revealed customer interest in new homes is still strong and cancellation numbers remain at normal levels.

That allayed fears, sparked by the most recent house price index from Nationwide that the housing market is coming off the boil. Cost inflation in the sector is at around 10 per cent but this is being fully offset by house price growth, the builder claimed.

It’s full steam ahead for the takeover of Czech cybersecurity firm Avast by NortonLifeLock. Shares in London-listed Avast soared 43.8 per cent, or 209.1p, to 687p after the Competition and Markets Authority provisionally cleared the £6bn deal, announced last August.

The takeover had been under investigation by the since March, but it was decided the combination of two of the biggest names in the anti-virus software world would not raise competition concerns, thanks to the presence of rivals such as McAfee.

Hiscox has been reducing its exposure in Ukraine and expects to cut it by two-thirds by the end of 2022. The underwriter posted a half-year loss of £88.3m, compared to a profit in the first half of the previous year of £110m. Hiscox is part of a consortium being formed to provide insurance cover for ships being granted safe passage from Ukraine. 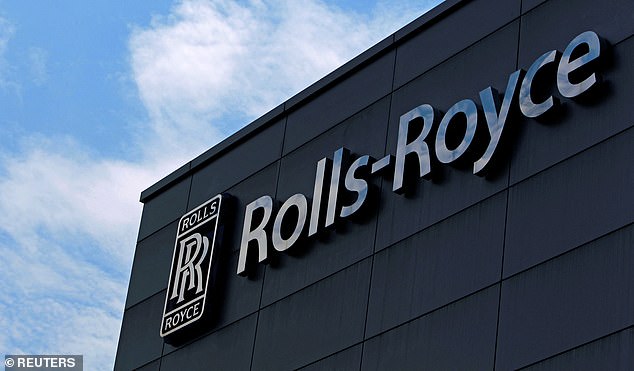 Rolls-Royce firmed after the Spanish government approved the sale of ITP Aero to a consortium of investors led by Bain Capital. Other regulatory authorities have already cleared the €1.8bn (£1.5bn) deal which is expected to complete in the next few weeks.

Acquisitive Keywords Studios got the chequebook out again as it bought Australian outfit Mighty Games for £6m. Keywords, which provides services to the global video games industry, said the company would help its games testing ability. In an accompanying trading update, Keywords revealed that it performed strongly in the first half of the year, with revenues up by around 22 per cent on a year earlier. Shares advanced 10.1 per cent, or 248p, to 2700p. 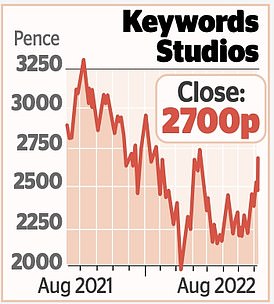 The deal was part of the aerospace engine titan’s massive disposal programme, to keep it afloat during the pandemic period when air travel practically dried up. It rose 3.4 per cent, or 2.99c, to 90.79p. Seraphine fell 5.8 per cent, or 1.7p, to 27.75p despite its chief executive David Newton Williams and chairman Sharon Flood ploughing almost £280,000 into the stock.

Purchases by senior directors are usually a sign of confidence in a company’s prospects – but the maternity clothing brand has lost more than 90 per cent of its value this year after warnings over weakening demand and rising costs. Safety barrier maker Hill & Smith dipped after its half-year results.