By Oliver Hall At Proactive Investors For Thisismoney

Has the white-knuckle ride ended for shareholders in Scottish Mortgage Investment Trust?

Down more than 36pc in the year to date as the great technology reset has taken hold, the FTSE 100-listed group, one of Britain’s biggest investors in Silicon Valley, has begun to pull out of the nose-dive.

Up 3pc, or 24p, at 818.8p, it benefited from Friday’s after-hours 3pc jump in the Nasdaq and news that China is about to lift Covid restrictions.

Since hitting a two-year low last Wednesday, Scottish Mortgage has advanced more than 21pc as the markets have begun to factor in the impact of higher interest rates, the threat of war and slowing economic growth.

The renewed popularity of technology stocks perhaps explains why Just Eat was up 3.8pc, or 64.4p, to 1770.4p despite weekend reports that it is struggling to find a buyer for its Grubhub arm after putting it up for sale last month.

Having bought the US food delivery operator for more than £5.75bn last year amid the lockdown boom, demand has since dwindled and the Anglo-Dutch takeaway food platform has cut its price to £1bn, according to a report in The Sunday Times.

Turning to the wider market, the FTSE100 meandered its way to a one-month high of 7,600.06, rising 0.2pc, or 14.6 points, though it was a subdued, low-volume trading session in London as Wall Street’s traders enjoyed their Memorial Day break.

The blue-chip index has found itself in the unaccustomed position of outperforming the US in 2022, with the Dow and Nasdaq down 9pc and 23pc respectively. The emphasis on value stocks that have been overlooked and undervalued rather than growth stock has helped the Footsie, analysts said.

‘The UK has picked up the positive baton from global market moves, edging ahead once more and leaving the FTSE100 up by 3.2pc in the year to date,’ said Richard Hunter, head of markets at Interactive Investor. 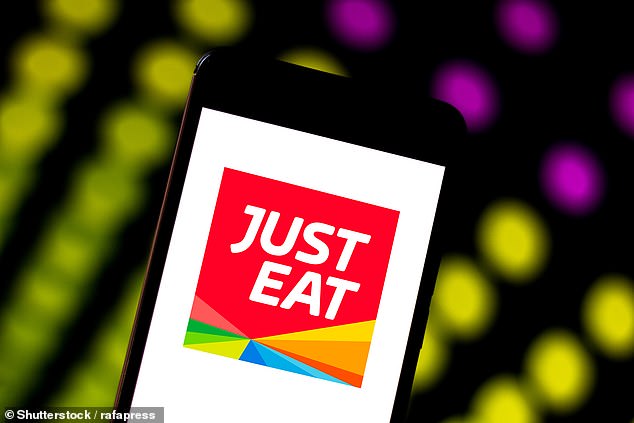 The renewed popularity of technology stocks perhaps explains why Just Eat was up 3.8pc, or 64.4p, to 1770.4p

‘Gains are broad based, tending to reflect those stocks which have been the subject of selling pressure given the economic outlook.

‘Risks unquestionably remain and there are further challenges in plain sight, but for the moment investors are reacting positively to the latest developments.’

Green hydrogen is seen as a potential clean power source for homes, transport and industry. This latest project is something of a departure for UK Oil & Gas, which has drilled and developed the Horse Hill oil well in Surrey. Shares in the explorer climbed 2.1pc to 0.12p. 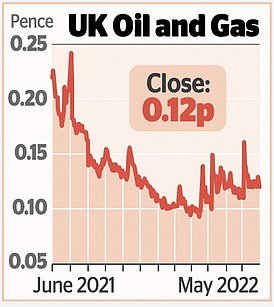 But with full-year numbers due on Wednesday, it seems more likely that some investors reckon they see a bargain, with the shares less than half their high from last year and down below their January 2021 float price. There was even more hunger for AIM-listed Comptoir, with shares in the owner of Lebanese restaurant chains Shawa and Comptoir Libanais, soaring 48.8pc, or 2.63p to 8p, on the back of ‘highly encouraging’ trading.

While the group hinted at cost pressure, it said trading was at pre-Covid levels. Chairman Richard Kleiner said: ‘We are looking forward to continued trading conditions with no government restrictions as customers continue to come back to the hospitality offering, we are so well known for.’

Elsewhere on the junior market, Oxford Metrics leapt 28.7pc, or 22.5p, to 101p after the motion capture software company announced the sale of its Yotta sensor business for £52m in cash.