MARKET REPORT: Shares in Moneysupermarket slide more than 15% as the comparison website braces for stiff competition from Amazon

Shares in Moneysupermarket tumbled as the comparison website braced for stiff competition from Amazon in a crowded market.

The FTSE 250 firm plunged 15.4 per cent, or 32.2p, to 177p as Amazon launched a website to help UK customers find and buy the best home insurance deals. Amazon is also working with insurers to tackle problems customers face when trying to get a quote.

Companies such as Ageas UK, Co-op and LV will provide quotes on Amazon’s website, with more to be added next year. The slump in Moneysupermarket shares came a day after it hailed its role in helping customers make savings as they shop around to find the best deals.

After inflation hit a 40-year high of 10.1 per cent in September as food prices soared, Liberum warned it could rise to 10.4 per cent this month, while Capital Economics expects it to peak around 11 per cent in April.

‘With many consumers, households and businesses feeling the burn of higher borrowing costs, a cold shock is set to be incoming,’ said Hargreaves Lansdown analyst Susannah Streeter. 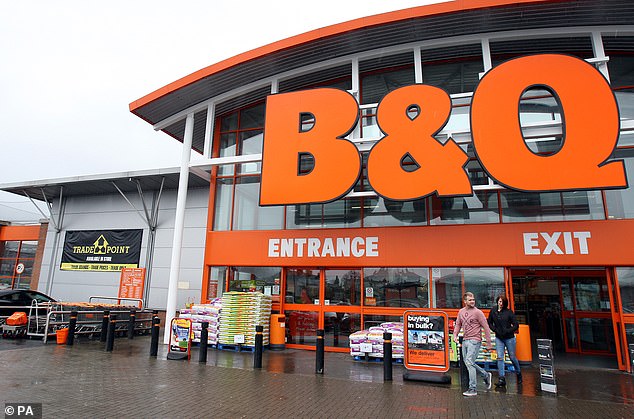 ‘As they ramp down non-essential spending it is set to freeze off growth in the economy, which should help bring down inflation as demand for goods and services lowers.’ 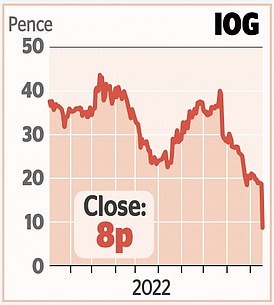 Investors in IOG were left spooked after the North Sea oil and gas firm slashed production forecasts. It now expects to produce around 22m to 28m cubic feet of gas per day for the second half of the year. A previous estimate was 30m to 50m. And it has suspended operations at a well, warning that drilling was ‘very challenging’. The Saturn Banks project it runs with CalEnergy Resources will be suspended later this month for four weeks. Shares fell 57.2 per cent, or 10.7p, to 8p. ■

In a dire warning, British Retail Consortium boss Helen Dickinson said the industry can ‘only shoulder so much’. Mining giant Antofagasta slid 2.1 per cent, or 23p, to 1085.5p after missing key copper targets.

The outgoing boss of wealth manager Quilter insisted it was ‘well-positioned’ to deal with the economic turmoil. The comments from Paul Feeney, who will be replaced by Steven Levin on November 1, came as assets under management and administration of £96.9bn for the three months to September were 2 per cent lower than at the end of June. It slid 6.6 per cent, or 6.12p, to 87.12p.

Ahead of last night’s vote on a debate over fracking – which the Government eventually won – shares in Igas Energy fell 4.2 per cent, or 1.6p, to 36.4p.’