Social media giant Mark Zuckerberg has revealed Facebook is in a fake news ‘arms race’ against Russia, Iran and China.

The 36-year-old made the comments in a rare broadcast interview during which he defended his powerful position as the company’s controlling shareholder.

He addressed the company’s previous rows including state-sponsored interference and tens of millions of users’ data landing in the hands of political interest groups, including Cambridge Analytica.

‘The reality here is we learned a lot about how politics works online since 2016 and there are a lot of different threats that we’ve worked hard to mitigate,’ Zuckerberg told the BBC. 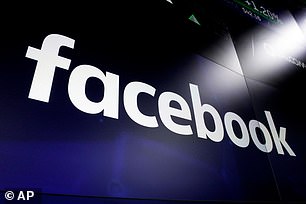 ‘For example one big area that we were behind on in 2016 – but I think now are quite advanced at- is identifying and fighting these coordinated information campaigns.’

He said the campaigns ‘come from different state reactors around the world, whether it’s Russia,  or Iran or in some cases China’.

When asked if he was in an arms race with these nations, Zuckerberg said ‘several nation states will try and run information campaigns to influence things.

‘We don’t want other governments to try and interfere in elections regardless of how effective that is. I view it as our job to work with everyone we can to stop that from happening.’

Facebook has an enormous distribution power for politics and he said that since 2016 the campaigns were ‘a new tactic’. 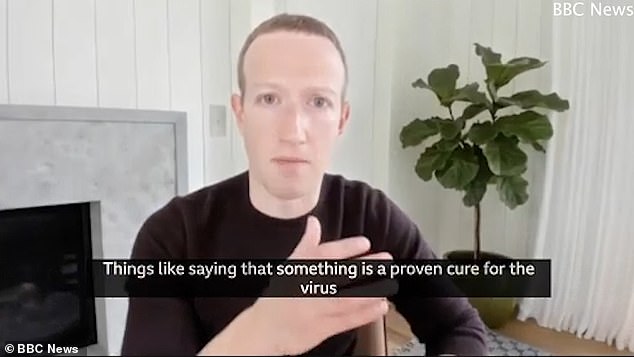 Zuckerberg said the company was tackling a spread of misinformation amid the coronavirus pandemic and said that Facebook would remove any content that would likely result in ‘immediate harm’ to users. 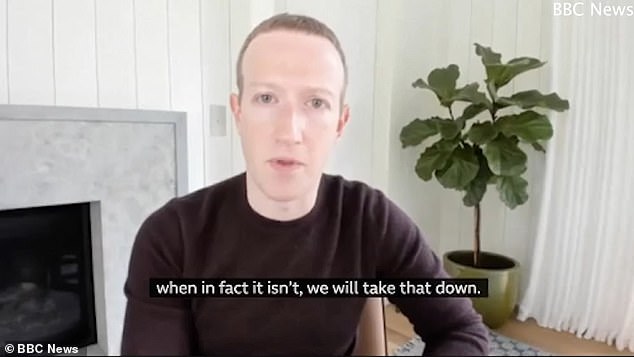 ‘It’s a big deal if governments are trying to interfere in elections and I don’t want to say anything that implies that we’re not taking this extremely seriously.’

Zuckerberg had previously told US senators in 2018 that Facebook was in a constant battle with Russian operators, and that ‘This is an arms race. They’re going to keep getting better’, when answering questions in the wake of the Cambridge Analytica data scandal.

In this new interview Zuckerberg echoed those thoughts.

‘Countries are going to continue to try and interfere and we are going to see issues like that but we have learnt a lot since 2016 and I feel pretty confident that we are going to be able to protect the integrity of the upcoming election.’

A Princeton survey found that Facebook was the fastest and biggest purveyor of misinformation in the US.

Zuckerberg said the company was tackling a spread of misinformation amid the coronavirus pandemic and said that Facebook would remove any content that would likely result in ‘immediate harm’ to users.

He said the company had ‘policies’ it used to stop the spread of misinformation’ and had taken down ‘billions’ of fake accounts across the system.

The company removes ‘harmful’ misinformation, and Zuckerberg said there had been ‘hundreds of thousands of cases of things that are harmful misinformation’.

One such claim, from Brazilian president Jair Bolsonaro that scientists had ‘proved’ there was a cure for coronavirus, was removed.

‘If you’re saying something that is going to put people at imminent risk of harm we will take that down’, he added.

During the BBC interview Zuckerberg said: ‘If you’re saying something that is just wrong and is spreading quickly but isn’t going to put people at imminent risk, we don’t take that down but we stop it from spreading’

It would not, however, stop groups claiming the infection was state-sponsored or connected to the launch of the new digital 5G network.

‘If you’re saying something that is just wrong and is spreading quickly but isn’t going to put people at imminent risk, we don’t take that down but we stop it from spreading.’

He said Facebook would and should allow what the ‘widest possible aperture’ for freedom of expression on the internet.

Zuckerberg, who is the controlling shareholder in Facebook and worth around $80billion dollars,  also defended his level of personal control over the platform in the BBC interview.

He said that ‘We’ve established an independent oversight board’ including judges, academics, and leaders of non-profits who have an ‘understanding of human rights’ so that people can ‘appeal if they think we are making a decision incorrectly on content’.

He added that this board would have the ‘final say’ and that ‘if they say if something needs to come down or needs to stay up, at that point it doesn’t even matter what I think.’