UK Athletics interim chief executive Mark Munro has ruled himself out of taking the position on a permanent basis.

Munro, who stepped into the post at the crisis-hit governing body after Joanna Coates’ sudden resignation in November, had intended to apply for the long-term role, which will go out to advert next week.

However, in a blow to UKA, Sportsmail understands the highly-rated executive has had to withdraw from the process for family reasons.

It is believed he will stay in a senior position at the organisation, which is attempting to stabilise after several years of chaos, during which it has lost its lucrative broadcasting arrangement with the BBC and undergone multiple leadership changes and governance controversies.

There was also huge antipathy from coaches and athletes about the performance programme on the back of an underwhelming Olympics and it is concerning that less than six months out from the World Championships there is still no permanent technical director.

With the CEO post due to be advertised, Sportsmail understands that British Swimming boss Jack Buckner has multiple influential admirers in the sport. Buckner, who ran for Britain in the Eighties, oversaw the British Swimming’s haul of eight medals in Tokyo – the most by any Team GB squad. 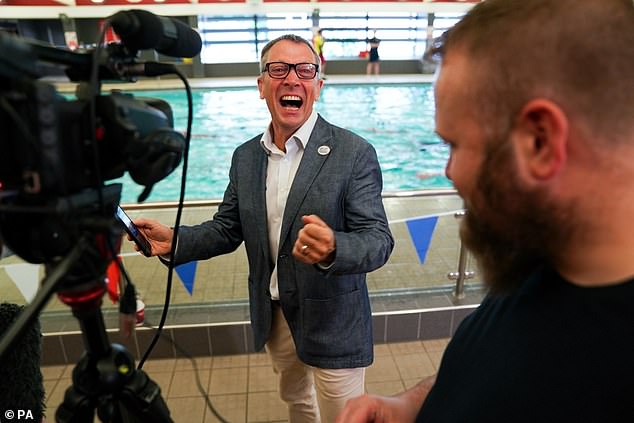