The wife of Mark Buddle has opened up for the first time since her bikie boss husband was held at gun point and arrested.

Mel Ter Wisscha shared a photo of herself in a pink bikini photo lounging on a daybed at a lavish resort in Bodrum, Turkey.

The Comanchero kingpin, 44, who fled Australia in 2016 after being wanted in connection with several murders, was captured while returning to his hideout on the Mediterranean island of Cyprus on Saturday and then transferred to a Turkish prison.

Wisscha, still reeling from the shock of of their ordeal, took to Facebook to vent about the grim situation.

‘Trying to stay positive, better days are on their way. As much as I want to hide away, I have to fake that smile, I have to show up for my kids,’ she wrote.

‘He would not want it any different, his kids are his world. I may be posting like I am having the time of my life but I am not. This is social media.’

It comes as Australian authorities are working tirelessly behind the scenes to extradite Buddle.

But as it currently stands, no Australian law enforcement agency has a warrant out for his arrest – even though Buddle is often dubbed Australia’s most wanted man.

Without charges it will be impossible under international law to extradite the notorious underworld figure. 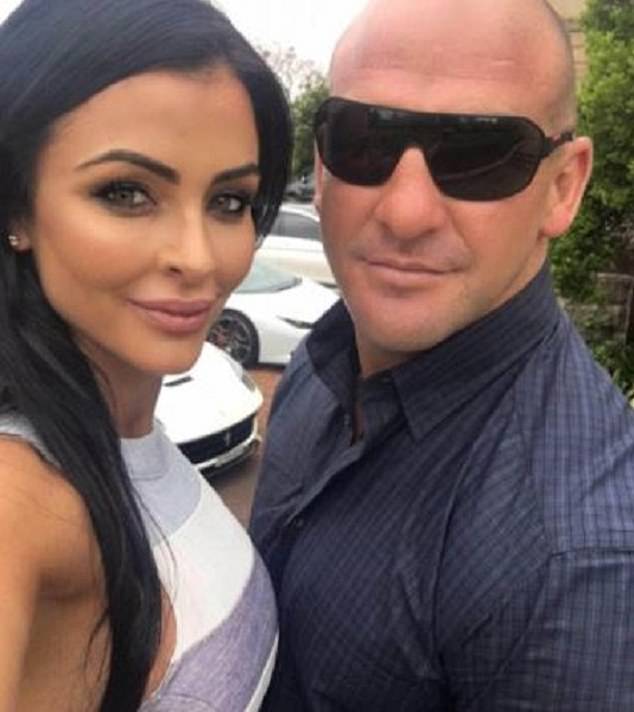 Buddle has however appeared on the Australian Priority Organisation Target list which names about 15 people the Australian Criminal Intelligence Commission identifies as major organised crime leaders.

The fugitive bikie became leader of the infamous Comanchero gang in 2009 after the former leader, Mahmoud ‘Mick’ Hawi, was jailed for a fatal brawl at Sydney Airport.

He fled Australia in 2016 with Wisscha for Dubai after being named a person of interest in a 2010 armed robbery where a security guard was killed.

Buddle then flitted between a range of countries including Greece, Turkey and Iraq before settling in the self-declared Turkish Republic of Northern Cyprus where he received a residence permit on the grounds his ‘high income’ would bring wealth to the territory.

But authorities later ruled that the his presence was ‘inconvenient in terms of public peace and security’. 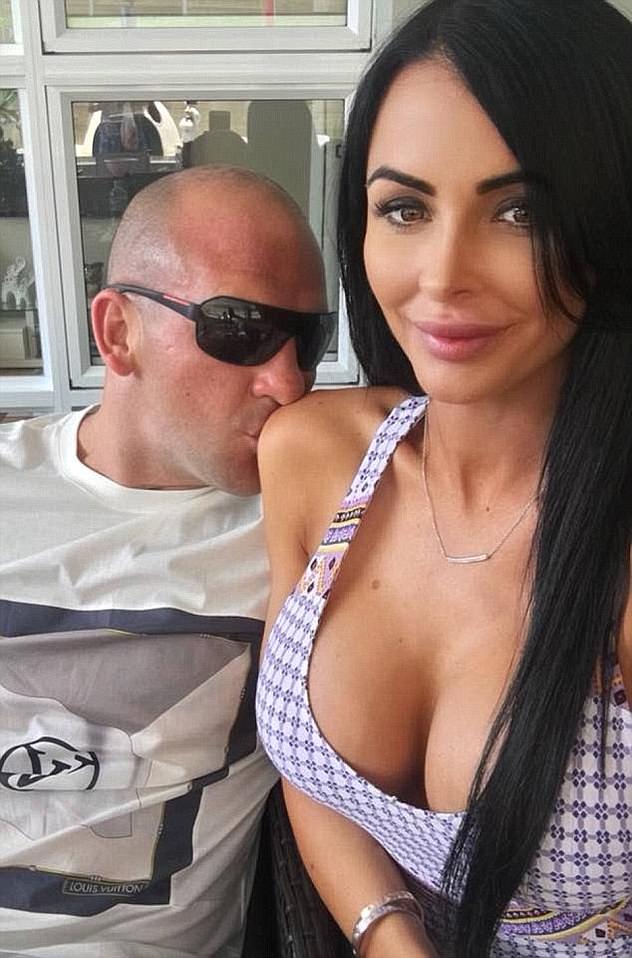 Buddle left Dubai after video emerged showing him fighting tourists at resort pool. He then hopped between numerous countries before settling in Cyprus 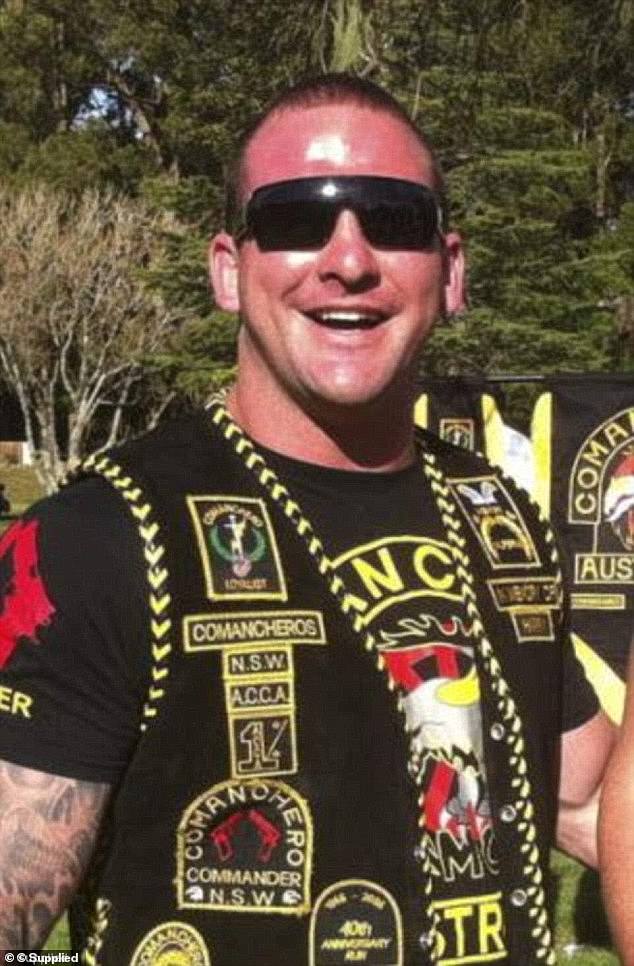 Buddle had recently left his safe haven on the island nation to meet with a high-profile international member of the gang in Germany.

When he returned officers from the clandestine operation swooped.

But it may prove extremely difficult to bring Buddle back home.

Australian fugitives can be extradited from Turkey if they are charged with an offence punishable by imprisonment for at least one year. 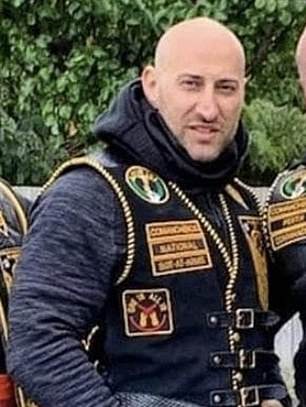 Under normal circumstances it would be highly unusual for police to press charges against a person who has been living overseas for five years without any new evidence.

Zahed narrowly survived an assassination attempt at his Auburn gym in May when he was shot multiple times with more than 20 bullets fired.

He was rushed in to surgery with 10 bullet wounds to his head and body, with one bullet piercing straight through his eyeball.

Zahed’s brother Omar, 39, was killed during the shooting.

With Zahed recovering from his injuries and Murray facing charges in Victoria, Allan Meehan is now acting as the Comanchero national president. 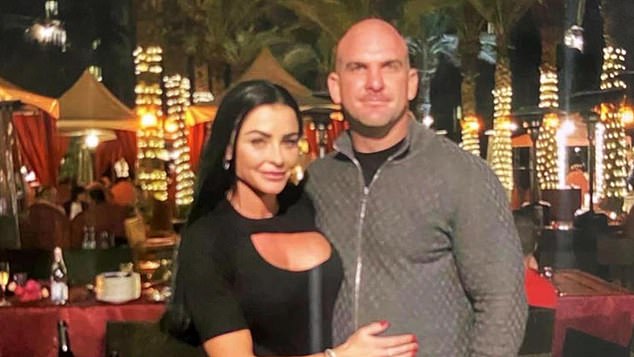 MARK BUDDLE’S LIFE ON THE RUN

2016 – Buddle flees Australia for Dubai after becoming a person of interest in the shooting murder of armoured guard Gary Allibon in Sydney in June, 2010.

September 2017 – Buddle declares himself ‘commander of the world’.

2018 – He leaves Dubai for the first time to head to Greece when Sydney underworld figure John Macris was executed. He returned to Dubai a short time later.

2021 – Buddle flees Dubai after video surfaced of a poolside fight with tourists at a resort.

Mid-2021 – Buddle hops between numerous countries, including Iraq, Lebanon and Turkey, before settling in Cyprus.

Cyprus news outlet Kibris Gercek claimed Buddle organised to live in Northern Cyprus after meetings with high-ranking politicians, who granted him a residency until August 6, 2022.

July 2022 – Buddle leaves Cyprus to meet with a fellow international member of the Comancheros in Germany.

July 9, 2022 – Buddle is detained by agents in Cyprus who identified themselves as FBI – but the American crime bureau has denied any involvement.

Authorities have not yet laid any charges against Buddle.